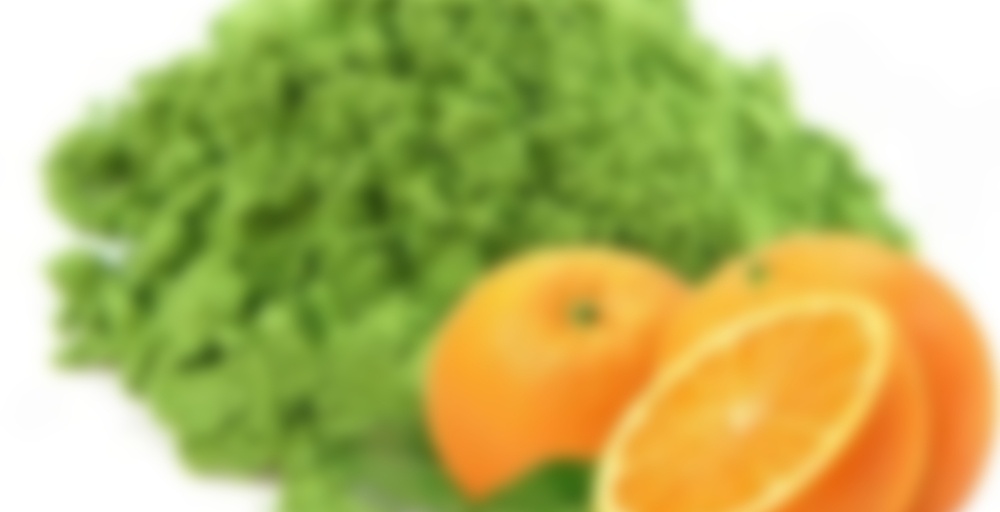 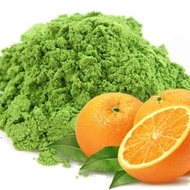 Orange Matcha is an exceptional Matcha because of its unmistakably tangy taste that can leave the palate reeling and riveted. It highly citrus promise can turn any food or drink into a rare journey into an exciting world of unexplored palate pleasures. It is excellent within the refreshment offerings of special occasions where people need to appreciate the distinct differences in the foods and drinks they are taking. Orange Matcha stands in a class of its very own.

Orange Matcha’s fine citrus overtones are mellowed down by Matcha’s smooth undertones to produce a treat that can leave its takers addicted to its tangy appeal. It is also perfect as an in-between meal snack that can uplift a dull day and give it more life and bounce. With its promise of a feast for the senses, Orange Matcha is unrivaled in its ability to deliver vibrant taste and lingering pleasure.

Made up the last of this as a tea soda – the best way I’ve found to enjoy this one! I really liked this – it reminded me of a fizzy, Vitamin C health drink I used to have as a kid!

That said, I think I’ve found a few other flavours I liked a lot more, so I doubt I’ll be searching out any more of this.

But thank you Lala and Iridium!

Haha I am so glad you actually like this one. I am currently working through grapefruit matcha. It is very similar to the orange.

I wonder if, with sweetener, it’d be like Fresca if made into a matcha soda? Maybe add a little lemon?

I think it could work. Although I am finding it is a bit more citrus than actual grapefruit tasting. We should just contact RLT and see if he will just make a Fresca flavour.

I had a hard time deciding between this one and the mandarin matcha. I ended up getting this one to try first, I am sure I will try the mandarin in the future. I got classic grade, robust flavour.

On first smell, it smells EXACTLY like chewable vitamin c. Mmmm. To be honest, that was my favorite candy as a child. Ha ha. It is not the super tart kind, but the slightly tart and sweet kind of vitamin c. Very similar to orange flavoured Emergen-C.

I started by using 1tsp in about 8 oz water, cold shaken. It tasted very similar to the vitamin c type flavour. But it was missing something. I was at work and added about half a packet of Splenda. That helped to make it taste more like a classic orange flavoured drink, think orange pop or C plus. But I really don’t like the taste of Splenda so that was throwing me off a bit.

I think I have to experiment with this one a bit. I am going to try a bit less matcha and play around with sweetener. I also got this one to mix with my cola matcha and cheesecake matcha. Looking forward to the results.

I agree, chewable vitamin C has its merits and all, but that must be weird experiencing that flavour in a matcha.

I got the robust flavour so I am finding I hardly taste the matcha at all. There is a very slight matcha flavour, but it more just makes it smooth and a bit thick tasting.

This is delightful!
Very naturally flavored with a great citrus awakening punch!
I am enjoying this mixed with some milk, ice and a little German Rock Sugar but I also tried it straight and it was darn yummy!
LOVE!
Oops forgot in my excitement to thank Amanda for this sample! <3

MATCHA-THON MATCHA #8…
Special Thanks to Amanda for this one!

This is JUST that…ORANGE Matcha! This is quite brilliantly-naturally-orange flavor. It’s not too much that it will smack you in the face but the flavor is wonderful! It’s TRUE. It’s Orange and lovely. It’s juicy AND it’s creamy. This is VERY tasty! I’m VERY impressed by this one! So happy I got to try it! Thanks Amanda!

OMG I just did orange matcha!! LOL I swear I didn’t see yours first! Cool!

LOL – I just read yours after I refreshed! Genius Minds think alike!

Indeed!
Noticed the Boysenberry matcha is on sale at red leaf … wonder if it is any good.

I was wondering the same thing!

that sounds interesting, too!

I wanted to get orange matcha to mix it with the cola matcha. I don’t know if many of you are familiar with Spezi, a mix of cola and orange soda popular in Germany…I love it so much, but I hate drinking soda.

First I figured though I should try it the orange matcha on its own. It just took me forever, since I ordered it so it’d come just in time for my weekend vacation last week. I tried it immediately, but only drank one sip while in the midst of packing, so I had nothing really to say about it.

I added agave and milk to it to try to see if maybe then I could transform it into sort of a “creamsicle” taste but it just tastes like smoother candy. While it’s not my favorite, I can definitely drink it. Because in the end, orange candy, while not preferable, is always edible.

Tomorrow’s test: a mix with the cola matcha for spezi matcha!

I can also see this being really good as the matcha in a smoothie. I picked up a bag of frozen mixed berries yesterday for smoothies and out of all my matchas so far, this one is definitely the winner to go in there.

I always want to get some matcha from them but I am overwhelmed by the choices! Cola matcha?! They all sound so good.

I know, it’s hard to pick just one at a time because there are so many ones that sound so good! And more on their way!

My Matcha journey continues with Red Leaf Tea”s Orange Matcha. Orange is one of my favorite fruit flavors. If you are a fan of the flavor orange as well, I highly recommend that you treat yourself. Perhaps even if orange isn’t on your top 5 favorite flavors list, you may want to travel outside your flavor “comfort zone” and give this one a try. It certainly does not disappoint! The aroma is intoxicating and the flavor is straight up orangey goodness! I prefer this one cold but that may just be because it has been so hot lately. I prepare it according to directions, add a wee bit of simple syrup and chill. It is a refreshing citrus energy drink that is loaded with flavor and all the benefits of Matcha tea. I can not say enough about the energy drinking a cup of this tea provides. A great way to start your day or an excellent midday pick me up!
So many ways to incorporate this magic matcha into your day. Perhaps add to your orange cranberry muffin or scone recipe. One of my favorites so far has been to add a teaspoon of my orange matcha, a scoop of vanilla frozen yogurt, a splash of low fat milk and a quick mix in the blender = a yummy wonderful dessert-like creamsicle flavored smoothie!
This tasty tea can be found here:
http://www.redleaftea.com/matcha-tea/orange-matcha.html

This is my first matcha, so I won’t give a score. Many thanks to Lala for sponsoring my first adventures in matcha.

I prepared this in the traditional fashion with bamboo whisk. 0.5 tsp in about 4 oz water.

The strong orange aroma provides a strange contrast to the veggie aroma of the tea. This continues into the taste as well. The two very different flavors never really melded for me. I was a bit shocked at the bitterness, though I recall reading that this is a feature of matcha. There is an acidic component of the finish that I suspect is due to the orange flavor (it seemed like citric acid).

Overall, I wasn’t impressed. That may be the tea or possibly just I don’t like matcha. Lala anticipated this possibility and generously provided a few more samples, which I will review in the next few days.

This matcha was also a classic grade matcha, so it is a much lower grade and may be bitter due to that. It will be interesting to compare this to the ceremonial grade (which should not be bitter at all).

I’m not even going to really review this one, because I’m pretty sure this is just me. For some reason, it smells almost exactly like Goo Gone to me. Like, the stuff you use to remove labels from jars… I can’t drink that! But I’m sure it’s not the tea’s fault. I might try a little bit hot with milk later…

Had this again this morning. Much better this time with only half a teaspoon of matcha in a cup of latte. Much more orange and less bitter. I’ve got quite a bit of this left so I’ll be drinking it down. i’ll try not to overwhelm you all with tasting notes about it. Assume I’m having it every morning, I suppose. Every workday morning anyway.