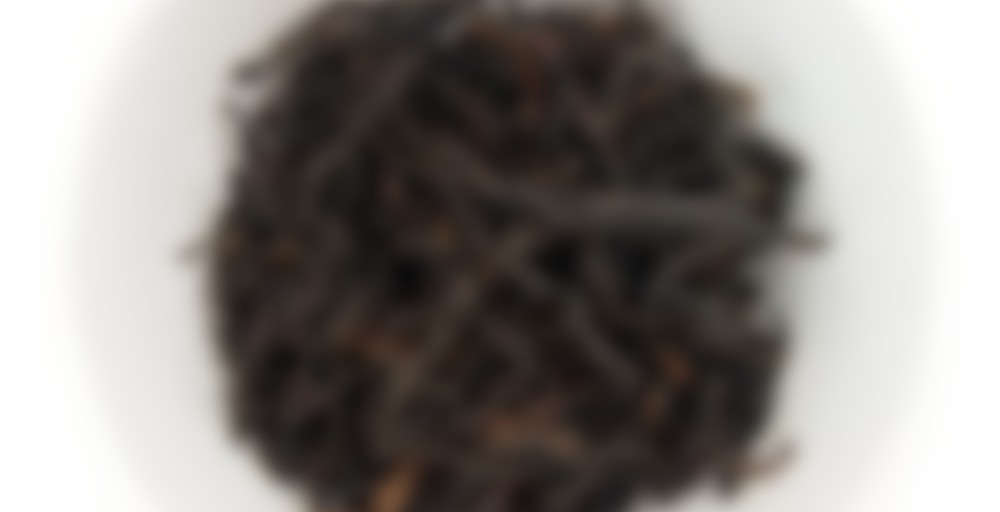 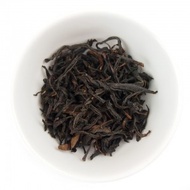 Taiwanese Wild Mountain Tea is made from a tree strain belonging to Camellia sinensis f. formosana family. In 1645, the Dutch discovered Taiwanese wild mountain tea trees. Nowadays, 12 types of indigenous tea tree have been identified. However, only in the last 20 years, Taiwanese wild mountain tea trees had any commercial value, due to the local farmers were unacquainted with the tea strain.

Taiwanese wild mountain tea trees require minimal interference. In fact, non-interference agricultural methods are the best way to manage wild mountain tea trees. The features of this strain are drought-endurance and cold-resistance. They are much stronger than most other tea strains. All tea leaves were hand-picked by experienced tea workers, who only picked the finest tips.

Taiwanese Wild Mountain Tea, when brewed, releases delicate rose, pomelo zest, and mint scent. The uniqueness of this tea is the wild refreshing palate with cinnamon and mint notes, and pleasant coolness and smooth sweetness after taste.

Our Taiwanese Wild Mountain Tea was harvested in summer, when the Jacobiasca formosana, a type of green leafhopper insect, is most active. Once the tea leaves were bitten by the insect, the tea plant would produce monoterpene diol and hotrienol which gives the tea a unique honey flavor. Taiwanese wild mountain tea trees are rare, and the insect bitten leaves are even rarer. The farmer only produces 60 kg of Taiwanese Wild Mountain Tea in the summer. Most of the tea was sold out even before it came to market!

Sanne Tea is the place where you can find high-quality and pesticide-free Taiwanese tea. The founder came from a Taiwanese family that loves and drinks tea for several generations. We want to share our enthusiasm and passion for Taiwanese tea and natural farming with the world. As our commitment, we source and sell 100% natural, zero pesticide teas. We are very excited about the teas that we have to offer, and are very much looking forward to meeting other tea lovers here.&#13; &#13; We worked hard to find the Taiwanese tea that is 100% grown in Taiwan and build the relationships with local farmers, not to mention that the tea has to be affordable. We, along with several tea farmers who we trust, would like to promote true Taiwanese tea to the global market. &#13; &#13; Thank you for visiting us and please go to our website:www.sannetea.com

Another sample (Thanks Sanne!)

Steeped leaves smell to me like bai hao/Dongfang meiren/OB (A favourite along with with various dan cong, so scores will be skewed in its favour, haha). Liquor smell similar, but with something darker running through it.

Obvious Cicada’s trademark has been left, that lovely thick ‘honey’ swish with ‘cinnamon’ aroma, wood & so subtle menthol something-or-other. But darker, more dark treacle than light honey? A slightly bitter/dry aftertaste, but oh so worth it for the initial complexity. subsequent steeps trail off. Next time I will try western style, as I sometimes prefer a big cup that changes. (I also like a big gulp with my eyes closed when the tea is complex like this)

A quick check on the website, and yes, wild tea, left to its own devices and harvested after Jacobiasca formosana has had their share. I had always thought ‘wild’ tea would somehow be inferior to other tea. Oh how wrong I was.

I must say there is a slight lip-chapping bitterness going on. But I did hit it with the recommended 100c, I think slightly off the boil and longer steep might do it for me.

this one gets a win.

Taste: This tea along with the previous one arrived in good condition. I haven’t had black tea in a long time so this will be an interesting revisit with the tea type. The aroma was that earthy. Seeping this tea can go for 3 steeps, tea these leaves were large making it difficult to measure. On to the brewing I used boiling water not allowing it to cool. 90s red-amber color, taste i don’t know if i used too many leaves or if my water was too hot it provides a range of (200-212) I went with 212. I found this cup to be bland & quite bitter for most of the first sips i took. When i had 1/4th of my cup remaining the bitterness went away.120s This time i decided to let my water cool slightly & discard some of the leaves before steeping. Lighter amber color w/no hints of red most likely due to less leaves. No bitterness flavor same. 150s darker then the 2nds cup but still lighter than the first, flavor profile same as 2nd steep. I found this to be an okay tea w/ bitterness if brewed too strong.

When writing reviews do any of you listen to music? Today I listened to Nick Jonas- Chains, Selena Gomez- Revival & Ikon- Rhythm (Korean pop)

Upon box the soap there were 3 holes in the plastic (top,side & bottom). It was nice that the soap came with an information card allowing me to know what the ingredients were. Although I would have like it to be slightly more specif in terms of if it was a face or body soap. i had to email the company first to figure out this information first before I used it. The scent was difficult to pinpoint but it did remind me of another soap I had in the past maybe an Ivory bar soap? It feels quite smooth in the hands despite there being tea leaves in it. As for the foam it produce a nice rich foam. One thing I didn’t like was it felt like it took a while before my hands felt free of the soap when rinsing. After my hands felt dry yet soft & has no scent. My hands also seemed to be a bit red on the inside. Although it’s made for all skin types including sensitive skin I’m not sure if i want to use it on my face just yet. This was my first time trying a tea soap~

Thank you Sanne Tea for this sample

Delicious Nicole! I was super excited to see this one in the sampling you sent me. I do love my taiwanese blacks for that honey note that tends to run through them. This one isn’t quite the same as the one from Butiki but it’s still really nice. I’d be hard pressed to decide on whether i like this one better than the TTC blacks…honey, sweet…hint of maltiness. Just a great cup of yum!

I liked this one, but overall I think I prefer the Honey Black from either Beautiful Taiwan or Green Terrace. The Taiwanese blacks are easily at the top of my preferred list these days. The Yunnans still have a high place but these are just so delicious.

i’ll have to send you some ttc when i have more in my cupboard.

I have been doing a side by side tasting of this with Beautiful Taiwan Tea Company’s Farmer Lee’s Sun Moon Lake. My palate is not very nuanced, I know, but I don’t detect a significant difference between these two at 45 seconds or at 90 seconds. Honey, malty, sweet and sour at the same time. Neither will replace Butiki’s TWMB – lacking that bready, yeasty component. But both excellent teas. When I run out of BTTC’s and if they haven’t gotten any more, I’ll hope that Sanne Tea will still have this one!

Hi, just wondering if you’ve found anything that could potential replace Butikis TWMB? I’m on the search as well! I did some searching and found a couple things from Taiwan Tea Crafts that seemingly come from the same exact area as TWMB, but haven’t tried any.

I haven’t yet, no. I haven’t ordered from TTC yet, though.