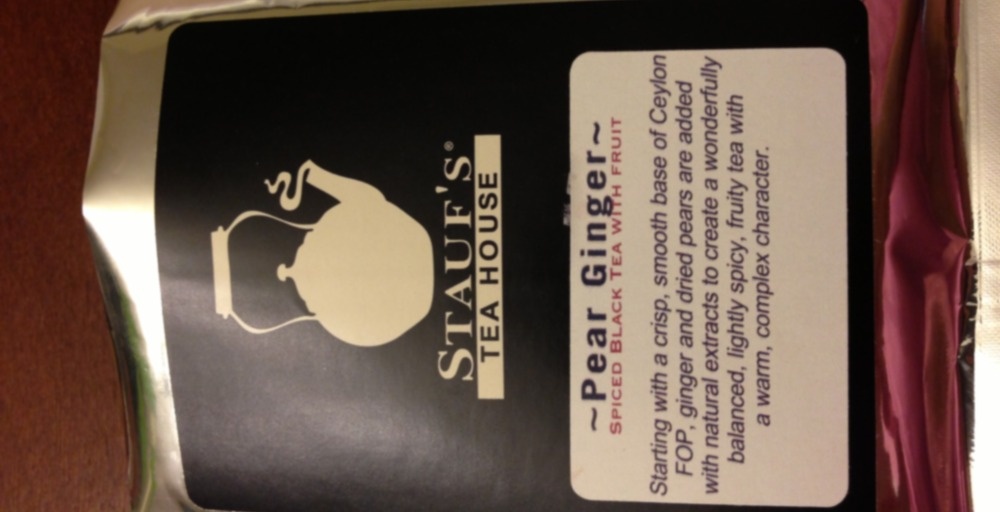 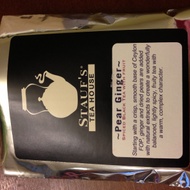 by Staufs Coffee Roasters
75
You

Starting with a crisp, smooth base of Ceylon FOP, ginger and dried pears are added with natural extracts to create a wonderfully balanced, lightly spicy, fruity tea with a warm, complex character.

I was excited to see this included in the samples that Kashyap sent, since I like pears and pear flavored teas. This one smells very gingery, and there is a lot of dried ginger in the dry leaves. There is also a smell of chocolate. I don’t know if it’s just the way the black tea base smells against the ginger, but I kept smelling it over and over again trying to figure it out, maybe I am crazy and just wanting chocolate?! The flavor is mostly of ginger, but a warm ginger taste, not the spicy taste sometimes associated with it. There isn’t a lot of pear flavor noticeable, but a tiny amount of it comes out more as it cools, but not a lot. I am getting some hints of chocolate though, mainly in the aftertaste. Typically I am not a fan of ginger teas, but I like this one in spite of the absence of the pear. I’m not sure if I’ve ever seen a ginger chocolate tea before, but this combination is actually surprisingly good. It’s definitely just the cup that I needed tonight! Thank you, Kashyap, for the sample!

sorry I missed you posting this and so happy you liked it. I enjoy this one mostly because there is not ‘flavor additives’ and really is a mix of the pear essence and the organic ginger.

It was a very interesting combination, I was happily surprised with it! Thanks again :)