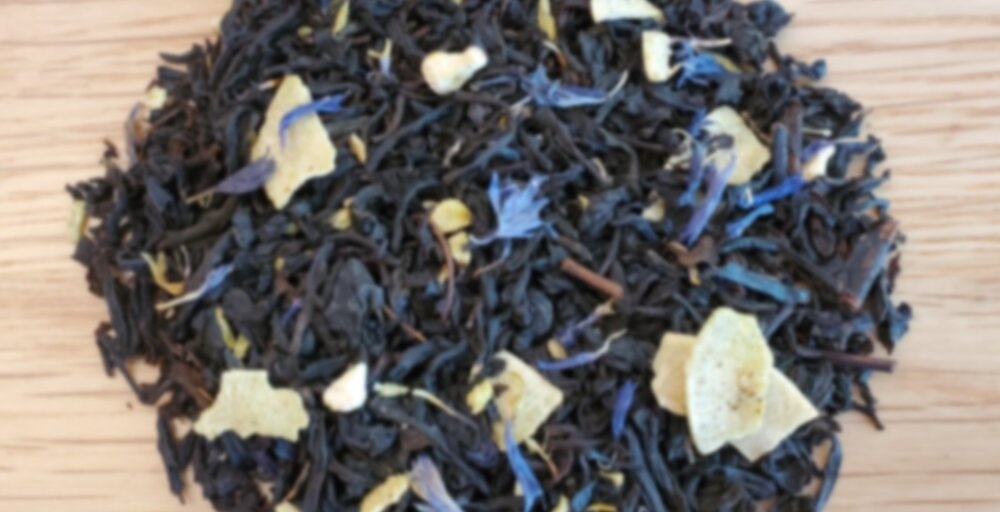 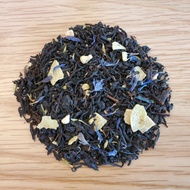 One should always take a banana to a party. Bananas are good. Tea is good. Banana and coconut flavored black tea? Brilliant!

A Tasting of Ten Teas

I really liked the banana-coconut combination, but I’m a sucker for coconut teas. I quite enjoyed this one while I had it, but it did not win a place on the “keep in constant availability” shelf. I would happily drink it again if served it however.

TARDIS 10 is a blend of black tea flavored with coconut and banana. I was dubious about banana in tea, but you know what? It really really works. It shouldn’t work. But it does, it really does. I drank it iced because it’s dreadfully hot out in NJ right now, and I think it’s probably best iced instead of hot. The coconut is the strongest flavor element, followed by the tea flavors, with the banana lurking in the background waving insouciantly. It’s like a black tea daiquiri and I mean that in the best way possible.

I’d be careful with over-steeping this one. Two to 2.5 minutes was enough, even for icing. More than that and the tea notes are likely to get a little bitter.

I imagine this tea would work really well sweetened. I’m going to try it tomorrow with the amber sugar so that I get the brown sugar/molasses notes. I also imagine that this iced tea would work astoundingly well with rum, but someone else will have to try that experiment.

Addendum: Yep, amber sugar works amazingly well, and I don’t even like sweet tea most of the time. I imagine Sugar in the Raw would get the same flavor.

Decent work tea. The bananas we’re definitely noticeable, but this tea was (surprisingly) not very sweet. It was okay, but I probably wouldn’t repurchase.