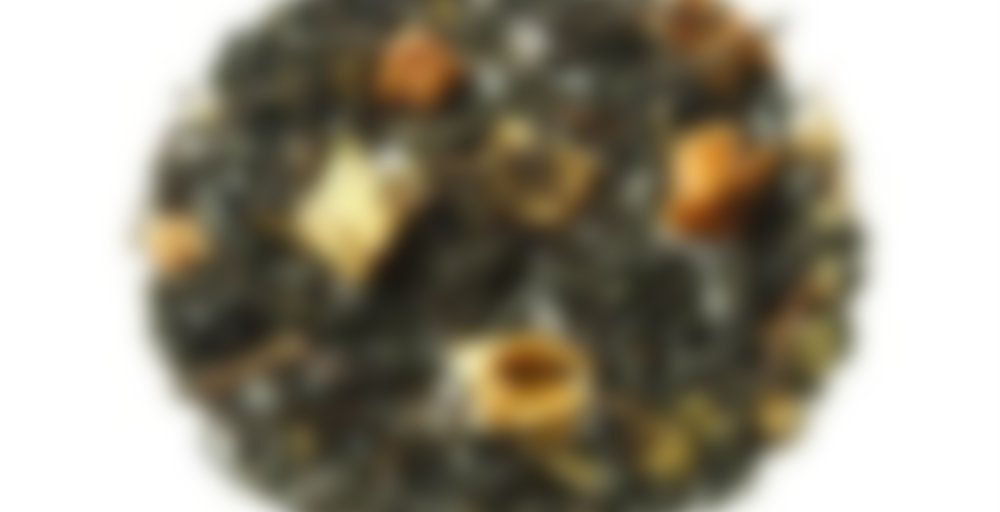 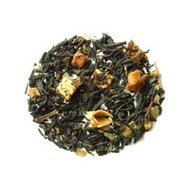 by Tea Palace
77
You

Jewelled Apple is a blend of the finest black tea with real apple pieces, wild strawberry leaves and caramel pieces. It will transport you back to the days of sticky, crunchy toffee apples.

Our Flavoured Black teas are made using only the finest leaves expertly blended with real fruit pieces, nuts, herbs and natural flavourings.

Another cup of this old favourite. I still like the toffee apple flavour this one has, although I’m becoming less keen on the base as time goes on. It’s not quite strong enough for me to happily add milk to, and yet it’s too astringent to really drink black. Still, the strawberry tinged toffee apple wonderfulness goes a long way towards making up for that. Still worthy of a place in the cupboard!

i love apple teas. i didn’t know i loved apple teas, but one day i looked down at my tea drawer and realized i had a lot of them. all different and similar at the same time. apple this apple that apple apple apple.
it has a nice fresh apple smell in the cup. and the apple flavor is mild. i can definitely detect caramel notes, but it doesn’t taste caramel flavored per se. this is a good thing! it really is a apple tea, not an apple flavored tea. if you catch my drift.

Scheherazade!! thank you for making my monday a little brighter.

Did I have this on my list? I’m not sure how I missed this one, but if you have some left, or other apple teas I missed, I’d love to try them, since I love apple teas too.

okay Heather! i’ll include what i can. :)

This is one I absolutely would have bought for myself based on scent alone – it has a caramel-sweet (without being cloying) apple compotey (without being artificial) roundness to it, which is very comforting all on its own. The dry tea itself is quite nice, too, full of large pieces of dried apple.

Steeped, the scent morphs into a brown sugar/calvados cake I sometimes make with my own apples in autumn. The caramel element really kicks in here, and it smells like sweet, gorgeous, baking pie crust. It would have been absolutely lethal if the slight booziness and the pastry scents carried through into the flavour, but they remain elusive throughout the sip.

What I do know, though, is that I wish this were a green tea. The base tea doesn’t really get to shine in this blend anyway, and the flavour profile as a whole seems so much better adapted to a green tea base.

Thanks for sharing, whoever put this in!

Today I received an envelope full of yummy things from Scheherazade and I decided to start with this one. It wasn’t one of the ones I asked about but when I’m reading the description I’m rather wondering why I didn’t.

I’m fairly attracted to apple flavoured teas as it is, but this one has apple AND caramel, and I think it’s a well established fact that I’m very attracted to caramel-y teas. I’ve had great results just mixing Kusmi’s apple and caramel flavoured teas for myself before. (That reminds me, it’s been a long time since I’ve had a tin of Kusmi’s lovely caramel.) I really don’t know why this didn’t catch my eye.

The leaves smell lovely. I can definitely smell the caramel and also something which I’d probably say was just generally fruity. Really, it smells rather like a sweetie shop. After steeping the fruity note smells definitely apple-y. It’s all tart and fresh. The caramel seems to be more in the background, all mellowed out and sweet.

Whoa! This stuff is fantastic on an epic scale!

First I get some fresh and slightly tart apple that actually tastes like apple. After that the sweetness from the caramel comes in along with what I assume is the strawberry leaf. It’s sort of fruity-sweet and reminds me of summer. Apple tea has always been an autumnal flavour to me so I can only describe this on the whole as a bit of Indian summer in a cup.

It tastes enormously rich and yet at the same time the flavourings aren’t actually that strong. They’re easily discernable but they’re nowhere near the point where your tastebuds are completely drowned in flavour. That’s the balance I like the very best in my flavoured teas.

I’ve never heard about this company before, but I’ll be making a note of it. I had a brief look at their site and spotted at least three things right away that I definitely want to try. Shipping to Denmark seems acceptable as well. What an awesome discovery and what an excellent choice Scheherazade made for me! :D

Glad you liked it. It was one of the first loose leaf teas I tried, and it’s still a favourite :)

Thank you Scheherazade for this sample.

My husband is a fan of apple teas so this one was chosen with him in mind.

This smells super sweet and appley with a hint of spice..cinnamon perhaps but just a pinch. The apple pieces are soft and squidgy.

The black tea is thick and malty but the apple sweetens it up amazingly well without being too much or too little. The apple tastes fresh and juicy, also natural. The black tea actually tones itself down the more I drink.

I may have to add this one to my shopping list and buy some after Christmas. My husband is not such a fan, he says it tastes bland but the after taste is pleasant.

I had a surprise swap with Scheherazade and this was one of the teas she selected for me, and the one I picked first to try (i want to try Om very much but kind of not in the mood for something I know will be strange and different right now). This smelled heavenly, and it´s a blender I do not know.

The tea itself, is a bit baffling – smells like caramelley apple which is a win indeed. The tea base reminds of Dammann´s and specifically their Pomme d Amour tea. But while I am not crazily in love with Dammann teas in general or that one specifically this one cames out worse out of that comparison – the tea base is (even) weaker and there is a kind of tannin like acridity which I can not quite name but which is not working for me.