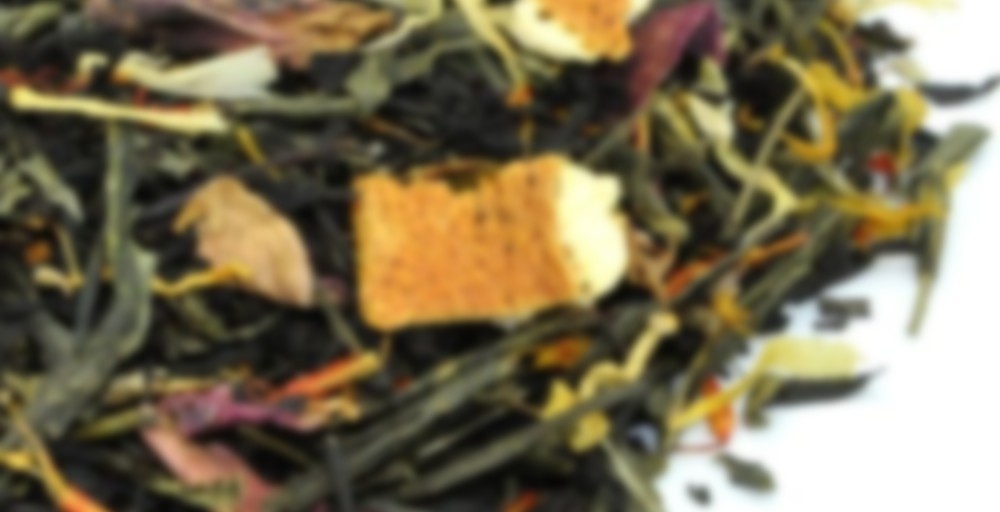 by The Whistling Kettle
71
You

A premium black green blend, loaded with berries and fruit with an Asian influence and just a bit of spice.

Pearl of the Caribbean

65
Not Recommended
Cameron B.
2708 tasting notes

Another sample from The Whistling Kettle. I’m not normally a big fan of green and black blends, I just feel like the two things don’t go together and I’m not sure why tea shops blend them (I suppose Nina’s Japon would be the exception). But I picked up a sample of this anyway because it smelled good in the sniffing jar. Visually, the blend is fairly chaotic – a mix of medium green and black tea leaves with a bunch of other stuff like citrus peel and flower petals. In the packet, it just smells like almond extract, which is not how it smelled in the jar. The almond scent probably deteriorated over time.

The steeped tea smells quite fruity (peach?) with some sweetness from the almond. Hm… See, I don’t really see the point of the green tea here, I find that the faint flavor I get from it kind of clashes with the black tea. There’s a vague fruity flavor that tastes like artificial peach mixed with almond extract. And like another tea I had from them, the base is almost nonexistent, which is quite odd. Very slight rose aftertaste.

Also generally not a fan of green/black mixes. They do not come off as complementary, to me.

cameron B sent this one my way so i could try a few different teas from whistling kettle. I’m always wary of “pearl” teas. I find that the flavouring in those teas tends to be sort of a melange of “stuff” that never comes across as a distinct flavour for me. this tea is no exception. While it’s a fairly smooth base without any bitterness, the flavour is sort of a peach like generic kind of taste. The description indicates a bit of spice, but even my wimpy taste buds aren’t getting any of that. Not a bad cup, and i love trying new things, but not for me :) thanks again cameron!