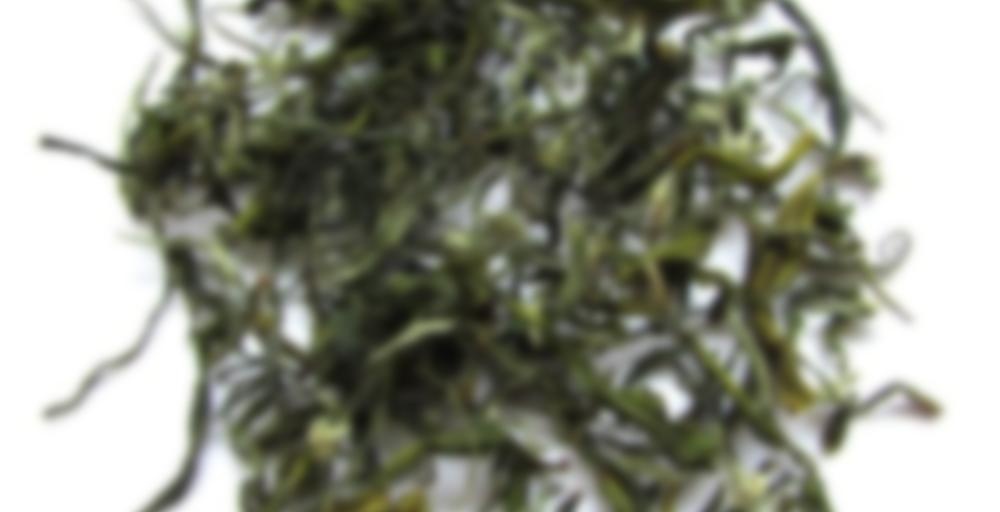 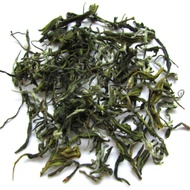 Sourced: Direct from a local tea factory in Maodong
Percentage of price going back to the farmer: 20%+

Here is another sipdown from earlier in the month. I think I finished what I had of this tea back around the start of last week or the end of the prior week. I can’t be sure at this point. Anyway, this was yet another excellent Guizhou offering from What-Cha.

Prior to the rinse, the dry tea leaves emitted aromas of malt, hay, zucchini, cucumber, baked bread, and chestnut. After the rinse, I detected new aromas of sugarcane, straw, honey, butter, and toasted sweet corn. The first infusion introduced aromas of lettuce and bamboo. In the mouth, the tea liquor presented notes of malt, hay, grass, zucchini, lettuce, bamboo, chestnut, and cream that were chased by cucumber, sugarcane, butter, and toasted sweet corn hints. There were also some hints of plum in the aftertaste. The subsequent infusions brought out aromas of minerals, green olive, pine, yellow plum, snap peas, and spinach. Impressions of honey, straw, and baked bread emerged in the mouth alongside stronger and more immediate notes of toasted sweet corn, butter, and sugarcane. There were also more prominent and immediate yellow plum notes. Notes of minerals, spinach, green olive, lemon, snap peas, pine, and green beans appeared as well, and I even noted some faint umami, apricot, and peach impressions here and there. At this tea’s peak, each swallow seemed to bring out honey, yellow plum, lemon, toasted sweet corn, and sugarcane notes that lingered for a considerable amount of time. As the tea faded, the liquor became somewhat astringent and emphasized notes of minerals, green beans, cream, malt, pine, cucumber, snap peas, hay, green olive, spinach, and chestnut that were underscored by hints of lemon, grass, zucchini, sugarcane, honey, and toasted sweet corn.

This was a ridiculously aromatic and flavorful yellow tea. Though I am certainly nowhere close to being an expert on yellow tea, this was easily one of the better yellow teas I have tried. It struck me as being both more accessible and more drinkable than some of the more celebrated and traditional yellow teas on the market. Overall, this was a more or less excellent offering. I could see it being a great introduction to Chinese yellow tea or a tea that fans of Chinese white and green teas could use to branch out to other types of tea.

Expected to hate this because I dislike white tea so much and yellow yea seems close to white, conceptually. But I neither like nor dislike it.

It certainly tastes healthy. Very vegetative. Lots of corn in there. No real depth with fruit or spice complexity for me. But definitely good if you want something very, very light.

Thanks for the very FRESH sample. 5-6 grams in a 150 mL glass gaiwan gives 2 teaspoons leftover for the recommended brewing which I’ll do later.

Spindly delicate medium-dark green leaves and buds are twisted to reveal the white downy undersides. The sample bag is lined with down.

Allergies have been a problem lately so I can’t pick out dry leaf scents easily but what I do get is soft and green and floral. There is some broken leaf (no dust) but perhaps that leads to the wonderful experience of this tea. The delicate brewed leaves turn a shade of yellow and some show spots of reddish oxidation. They smell floral like daffodil?, an unplaced green, sweet, creamy, a bit eggy with the lightest tinge of lemon.

The liquor has that floral, milky sweetness I find when biting into a raw ear of peak-season sweet corn but it’s also mineral, bright and clean at the same time. I’m reminded of creamed corn with a touch of spinach. Very smooth, slightly drying, the downy hairs ever-present. The sweetness and floral remain in the mouth a while after the sip. No extreme drop off in flavor as the steeps progress, moving into a bit more astringency but retaining the florals. Eighth steep gives way to a nice clean and light ending.

Caffeinated, calming, gentle on the belly.

I’m still kind of a tea noob but I want to say it’s like a less aggressive Taiwanese baozhong. Quite different than the current Anhui Huoshan Huang Ya offering.