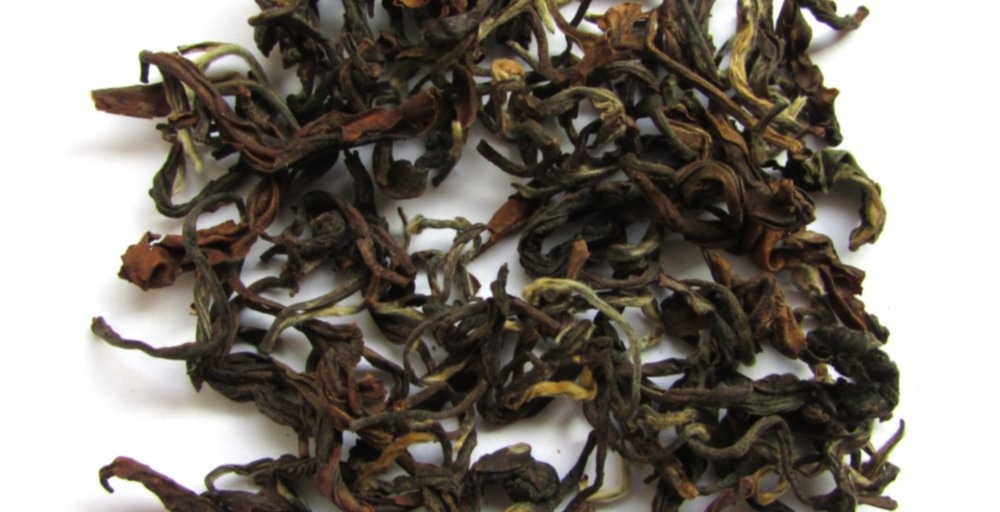 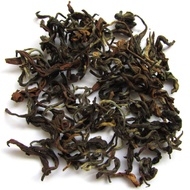 A fantastic hand rolled Nepalese tea, it has a floral aroma and a smooth taste of apricot and orange blossoms combined with gentle muscatel malt notes.

A summer tea which is evocative of the very best second flush teas found in Darjeeling.

Okay, I’m done after this one gets posted. I have to go to bed, and my thumbs are starting to get sore from typing on my phone. This was another of my 2020 sipdowns. I recall having very high expectations for this tea after being impressed by two previous offerings from Guranse. Sadly, it didn’t live up to those expectations, but it still turned out to be a more or less very good tea.

I prepared this tea in the Western style. I steeped 3 grams of loose tea leaves in approximately 8 fluid ounces of 194 F water for 5 minutes. I did not rinse the leaves nor did I attempt any additional infusions.

Though this was a very enjoyable offering, I did notice a few issues with it. To this point, I have noticed that Guranse’s black teas tend to produce a tea liquor that is very thin and sharp in the mouth, and this tea produced the thinnest and sharpest of the bunch. I also noticed that sometimes a few aroma and flavor components either came through a little too forcefully or were too muddled and indistinct. The balance of the tea liquor seemed perpetually off in certain small, but noticeable ways. Coupled with a thin, sharp mouthfeel that could feel almost watery at times, this little nagging issue was greatly amplified. It became very annoying very quickly because it was impossible for me to ignore. In the end, this proved to be an enjoyable and worthwhile offering, but it was the weakest of What-Cha’s Guranse black teas that I tried.

Interesting colour of the leaves from Alistair, behalf of White Antlers. They are brown, black, bit yellow of them; quite long and wire-like, some are more compressed, some are opened a bit. Looks indeed hand-made :) Two of them weren’t same.

I went rather carefully with tea (and I haven’t read Daylon R Thomas’s tasting note before) and haven’t used water directly off the hob as well. I have added tea bag to hot cuppa.

It wasn’t steeping rapidly. Well, I have used 3 grams only, so I have steeped it for 5 minutes.

Aroma I have expected malt, but it rather produced floral notes. Hints of sweet ones as fruit tree flowers. Daylon’s note says orange blossoms, but I never sniffed them, so I have no idea how they smell like. He says red grapes, while I would rather say white ones.

Anyway, the taste, even after that long steep, is light. Light, fruity & juicy, fresh notes of citrus fruits (but not strongly, rather hints of their peels) and in the end some very light malty and muscatel aftertaste.

Need to dig more to rate it properly.

Do not over leaf this, because if you do, you might lose out on the more subtle flavors. That was the mistake I made this and a few others of the teas I got from the order, but I learned. I paid closer attention, and this was the basic form of what I like about Nepal floral blacks. The orange blossom was the most prominent floral, but it was also juicy like red grapes, but the malt comes in the longer you steep it.

The malt gives the tea some nice body, but it can overpower the subtler qualities of the tea. That is the only thing I was not a fan of, but when I brewed it more carefully, I got more muscatel notes that I was really into. I recommend this tea for people looking for a good second flush type of tea. I don’t think it’s as good as some of What-Cha’s other Nepal teas (I’VE DRANK MOST OF THEM FROM 2017-2020), but it is a frickin’ bang for the buck.