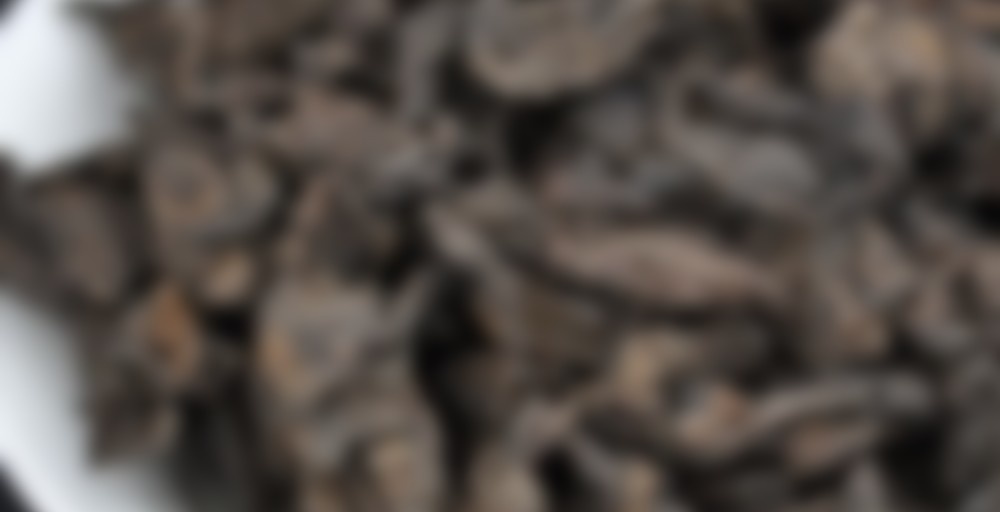 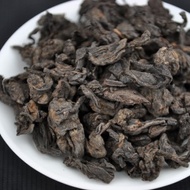 Our three favorite things about "Cha Tou" all rolled into one (pun intended)!


1. This is a small "pearl" sized cha tou. Lots of flavor and small enough to allow the water to into it.


2. Aged 6 years! This means it has lost it’s "dui wei" and become sweet, thick, fruity and viscous with it’s age.


3. Being from Menghai this means it’s from high quality material and more importantly fermented at a Menghai tea factory that specializes in Ripe Pu-erh tea!

LaoCha is one of my favorite variation of the ’pu’erh’ world. With that being said, I took all the LaoCha I could find in the box beside the W2T which I have. At first I thought this was disappointing because it wasn’t thick and the taste was weak. So what did I do? I yelled at it and then decided to boil it with some water as punishment. Three minutes later I came back and tried to see if the punishment yielded better results. It did
This is one of the few teas I would ever recommend anyone brew for over a minute in regards to a dark/ripe tea because something they become too much like wet dirt and that is no fun. So three minutes it is which is odd when you gongfu…
Anyways, a great taste is leading me to the thought that I had before: LaoCha is a hard variation to have someone just jump out as a winner in regards to quality and taste.
I’m not sure if I’ll find the LaoCha I buy a kilogram for to put in a crock… but maybe one day I’ll stumble upon it.

Lao Cha always takes a long time to open up. I start steeps and go till the water starts to darken. They are tightly bound with the pectin from the tea and take a while top brew up.

I always double the amount. If regular shou 6g I take 12g for Lao cha tuo. Works every time and lasts longer

But it’s on my order confirmation, so I must have, mustn’t I?

And, you know, it’s not like I don’t like pu-erh. I like it just fine. It’s just, most of the time I’d rather have something else. I feel much the same way about green tea, actually.

No, it’s not knock-your-socks-off-super-duper-fabulous. It’s merely… very drinkable. Which in a way is actually better, because when something is knock-your-socks-off-super-duper-fabulous a lot of people, and I think many of you will agree, will try to preserve it, fearing of running out and ultimately wind up not actually drinking it. With an eminently drinkable tea you get a really good tea which you actually allow yourself to have.

This one is running low on me, but it doesn’t make me stop making it for fear of running out. When it’s gone it’s gone and that’s all. If I’m not drinking something because I’m hoarding it or if I’m not drinking it because I haven’t got it really amounts to the same thing in the end.

So while I have it, I’m actually enjoying it. It’s mild and smooth and slightly earthy and slightly mushroom-y. I can’t even really describe it. It’s one of those ‘just tastes like tea shrug’ kind of teas. With qualifiers for the type, obviously

Will it make me drink more pu-erh? Doubtful. I see this pouch as a bit of a fad, really. It’ll pass, I expect. (It always does) Now, if you’ll excuse me, these designs don’t stitch themselves, you know.

Excellent review, I also have the same feelings about pu erh and greens as well.

It used to be green was the Big Thing around here. Then for a while it was flavoured matchas. These days it seems like it’s pu-erh. And there’s nothing wrong with any of those. I’m just looking forward to when it’s my particular preference that becomes the Big Thing. Although, there was also a phase when everybody was very into Yunnan blacks… Black, yay! Not a favourite region, boo.

I was in a hurry today so I brewed this up western style in a big pot. It is very tasty with a nice natural sweetness and very little fermentation flavor. I’m not really paying attention to the tea so I won’t get into specific notes but just say this is at least worth 50g with your next Yunnan Sourcing order, it’s a very nice tea.

I brewed this twice in a 16oz Teavana Glass Perfect Tea Maker with 9.8g leaf and boiling water. I steeped it for 30 sec and 30 sec. I put the second infusion in a Zojirushi to bring with me to my appointment.

I liked this tea.

when i smell the leaves dry, they smell kind of musty.

when i smell the leaves wet, they smell like earth and mellowness.

when i smell the brewed tea it smells mellow and earthy.

when i taste the brewed tea, it tastes smooth and earthy