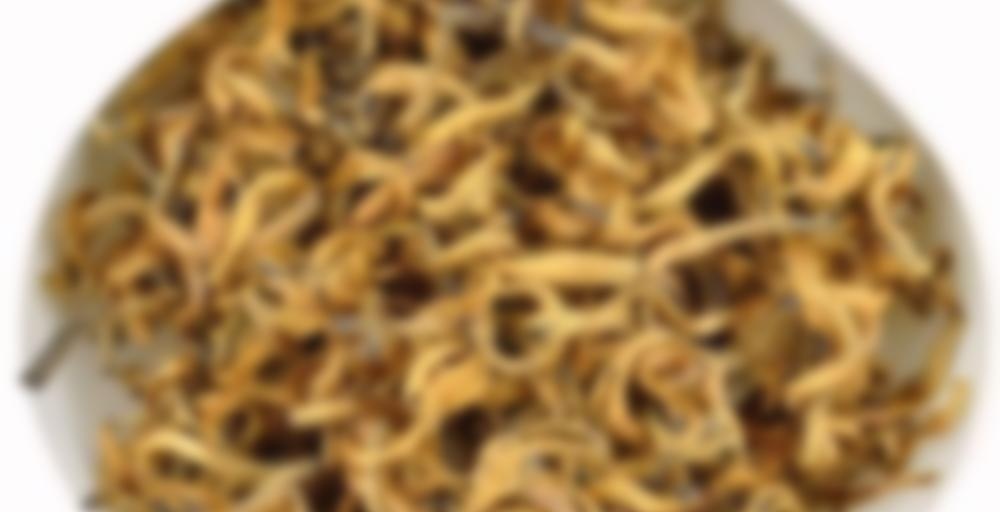 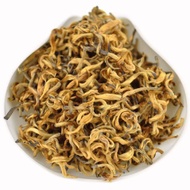 An incredible premium pure bud black tea. Made from the highest quality high altitude material from Ning’Er county of Simao. Only young bud sprouts are picked and then expertly processed into this delicate and textured Imperial grade black tea!

The tea’s aroma smells of fruit and sugarcane. Sweet in the mouth, with plenty of texture that fills the mouth with a comfortable feeling.

This was yet another of my June sipdowns. It was also the tea that convinced me to take a short break from Yunnan black teas. Prior to trying this tea, I had worked my way through a number of Yunnan black teas close together and was starting to burn out on them. Despite my boredom with such teas at the time I started drinking this one, I was still able to enjoy it a great deal and found it to be a very nice, very solid Yunnan pure bud black tea. Unfortunately, I have tried a number of quality Simao pure bud black teas over the years, and this one did not rank among the best of those teas, but it was still a very nice offering worthy of one’s time.

Prior to the rinse, the dry tea buds emitted aromas of malt, cream, pine, sugarcane, earth, and eucalyptus. After the rinse, I noted new aromas of baked bread, black pepper, camphor, green bell pepper, and chocolate. The first infusion introduced aromas of cinnamon, roasted almond, and vanilla as well as some subtle scents of plantain. In the mouth, the tea liquor presented notes of sweet potato, molasses, baked bread, cream, malt, sugarcane, pine, green bell pepper, and eucalyptus that were chased by hints of chocolate, black pepper, vanilla, cinnamon, roasted almond, and plantain. The subsequent infusions brought out aromas of sweet potato, clove, and orange zest. Notes of orange zest, lemon zest, plum, green beans, minerals, clove, and marshmallow came out in the mouth along with belatedly emerging earth and camphor notes as well as stronger and more immediate impressions of chocolate, vanilla, black pepper, and cinnamon. As the tea faded, the liquor settled and emphasized notes of minerals, malt, cream, baked bread, earth, sugarcane, and lemon zest that were chased by hints of chocolate, pine, orange zest, camphor, clove, eucalyptus, and black pepper.

Overall, this was a very nice Simao pure bud black tea. It did not really offer anything out of the ordinary, but it was very nice nonetheless. Fans of such teas would likely be pleased with it.

This is a fairly tasty black tea. It’s got a malty note to it and I would say a bit of a fruity note. As it is pure bud it should be high in caffeine.

I brewed this one time in a 16oz Teavana Glass Perfect Tea Maker/Gravity Steeper with 3 tsp leaf and boiling water.