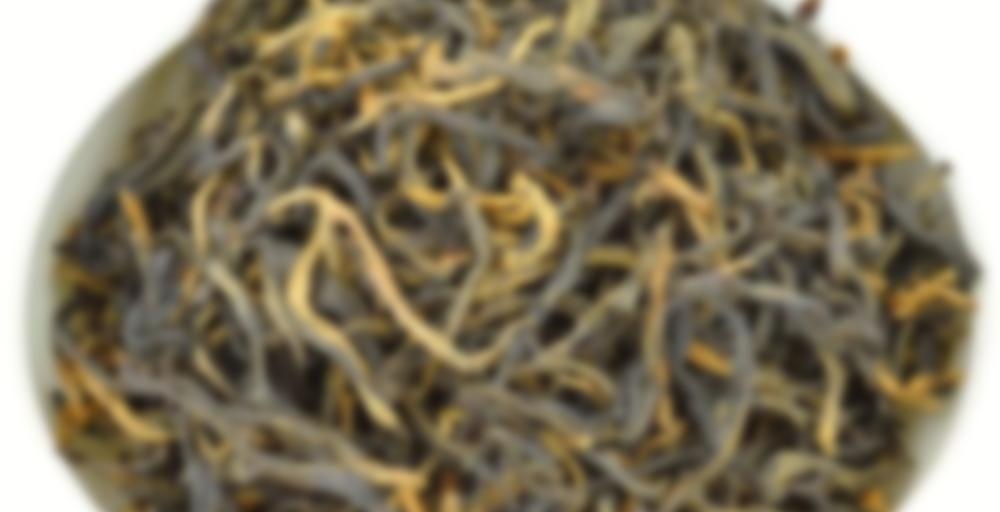 Big Snow Mountain area of Mengku in Lincang is a high alttude area that’s home to many tea gardens. This lovely black tea was processed with care from first flush of Spring 2017 assamica tea leaves picked from 30 to 40 year old plantation bushes growing naturally at an altitude of 1800 meters.

The tea brews up a deep red tea soup, with a lovely floral front-end, and smooth thick sweet after-taste. Thick and viscous tea, complex and interesting, while lasting many infusions makes this a worthwhile newcomer to our offering here at Yunnan Sourcing!

This was another recent sipdown of mine. Prior to drinking it, it was a tea I had meant to get around to for the better part of a year, but I kept finding other teas to drink and review. Curiosity got the better of me a couple weeks ago, so I went ahead and tore into it. Mostly, I think I just wanted to try it because Yunnan Sourcing’s Big Snow Mountain of Mengku black teas do not get the best ratings on this site and elsewhere, and I wanted to see whether or not I agreed with the majority of the other reviewers. Honestly, I found this to be a rock solid Yunnan black tea, but then again, this particular production has scored somewhat higher ratings than some of the other recent versions of this tea.

Prior to the rinse, the dry tea leaves produced aromas of honey, sweet potato, malt, brown sugar, and tomato. After the rinse, I detected aromas of roasted peanut, sugarcane, banana, and pine. The first infusion introduced a subtle molasses scent as well as stronger aromas of roasted almond, cinnamon, and eucalyptus. In the mouth, the tea liquor offered notes of cream, sweet potato, malt, banana, cocoa, and roasted almond that were backed by distant hints of cinnamon, brown sugar, and tomato. Subsequent infusions introduced stronger molasses aromas along with scents of cinnamon, cocoa, cream, and red grape. There were also some subtle hints of citrus and smoke on the nose. Roasted peanut, sugarcane, honey, and pine notes came out in the mouth along with slightly stronger impressions of cinnamon and new notes of minerals, red grape, baked bread, lemon zest, and orange zest. Interesting hints of smoke, eucalyptus, and black pepper also made themselves known. By the end of the session, I could still pick up notes of minerals, malt, lemon zest, and roasted peanut that were backed by baked bread, brown sugar, banana, sweet potato, and eucalyptus hints.

This was an interesting tea that had a lot to offer, but in the end, I could understand why some people may have trouble with it and/or teas like it. Though a lot of the aromas and flavors this tea offered were very similar to those offered by many other Yunnan black teas, the way they were expressed was very different. Whereas most Yunnan black teas are thick, rich, and lively, this was a smooth, mellow, and subtle tea with a certain prickliness in texture that likely will not be to everyone’s liking. I enjoyed this tea quite a bit, but it did take a couple days to grow on me. All in all, I would recommend this tea specifically to those who are looking for a Yunnan black tea that offers something truly different. If you are not that type of person, then you may want to avoid this tea.

Thank you. This is the kind of tasting note I strive for. Sadly my Noob palate cannot yet tell the difference between “Earthy” and “Mineral” or “Bitter” and “Smokey” and so on. I’m still very early on in my Tea Journey and I hope someday to have as refined a palate as you for reviewing teas.

Upon opening the bag, I get hit by an intriguing smell. It is not quite like what I would normally expect from DianHong. The most prominent note is the one of the smoke from a fog machine. Behind it, there are scents of tomato vine and malt to be found. Once the leaves are hit with hot water, the aroma changes. Now it is more medicinal. In fact, it reminds me of the smell of some disinfection sprays. The strongest aspects of the smell are more standard though – malt, nuts and cocoa.

Like many Yunnan black teas, this is the Assamica varietal, and the taste profile is somewhat similar to Assam black teas. It is floral, savoury and bitter with a touch of sweetness in the finish. There is also some astringency, although much less than what I would expect in actual Assam teas. I found flavours and aromas resembling lily, lime zest and bread.

After drinking, I get a constrictive feeling in the mouth that’s almost drying, but not really. The mouthfeel of the tea is nothing spectacular, but decent enough to not pose any issues. It’s thinner than what I expected based on the description, but still medium bodied I’d say.

Overall, it’s an interesting and fragrant tea for those who like Assamica and don’t mind their black tea be on the bitter side.