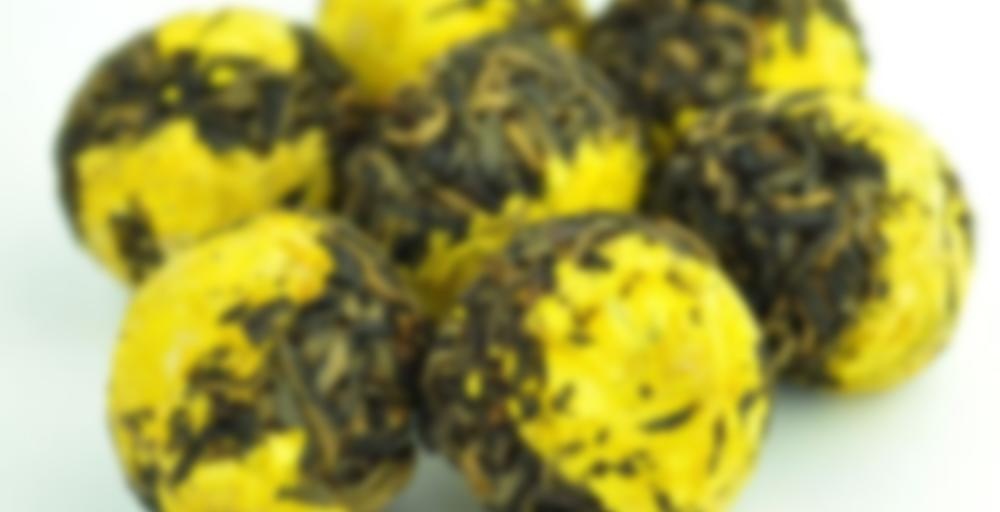 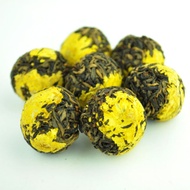 What happens when you combine robust Yunnan Black Tea with Royal Yellow Chrysanthemums? You get a highly complex and enjoyable tea both wonderful to drink, and to behold!

Royal Yellow Chrysanthemum is the highest grade Chrysanthemum that is normally available. It is sweet, and vegetal and imparts a slippery and soothing feeling in the mouth and throat.

This black tea together with the chrysanthemum flowers makes a thick and viscous tea, complex and interesting, while lasting many infusions making it a worthwhile newcomer to our offering here at Yunnan Sourcing!

If I recall correctly, this was my first sipdown from October. I also recall being very careful while brewing this tea because I only purchased one of these dragon balls and wanted to get as much as possible out of it so that I could eventually post a detailed and accurate review. Of the Yunnan Sourcing black tea and flower dragon balls, this one currently stands as the best of them, though I still have not tried the black tea and rose dragon ball. I found that the Royal Chrysanthemum flowers and Big Snow Mountain black tea complimented one another nicely.

This was a great offering. What I most appreciated about it was its balance. The last two black tea and flower dragon balls I have tried have struck me as being very unbalanced. The most recent was a Snow Chrysanthemum and Big Snow Mountain black tea dragon ball, and the flowers often struck me as overwhelming the tea. That did not occur here. The Royal Chrysanthemum flowers and black tea worked near perfectly together.