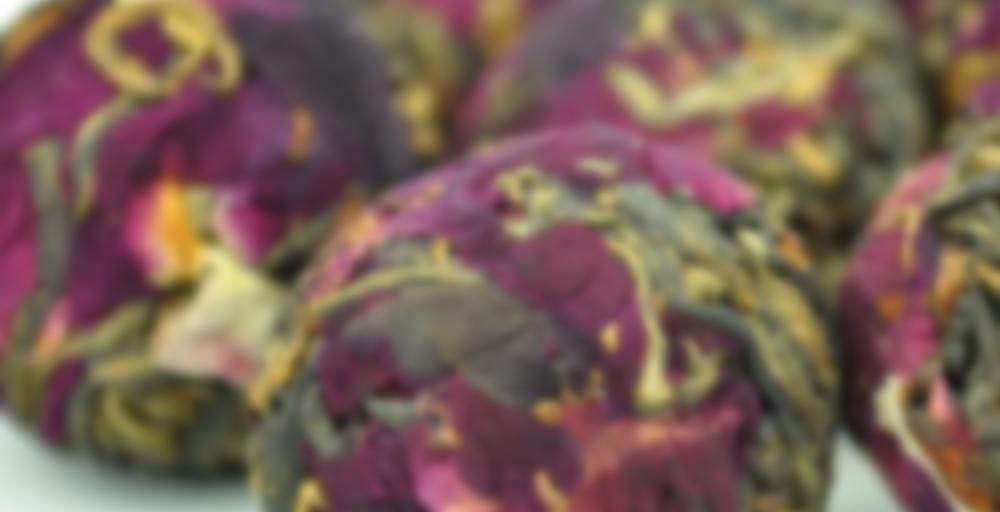 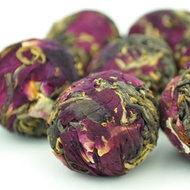 What happens when you combine robust Yunnan Black Tea with Rose Flowers? You get a highly complex and enjoyable tea both wonderful to drink, and to behold!

Our Yunnan grown rose flowers (墨红玫瑰花) are high grade fresh flowers grown in Wenshan prefecture. The flowers add an aestethic aspect to the experience as well as imparting a lovely rose sweetness and aroma to the black tea. We blended several different types of roses and rose petals before deciding on this particular rose and ratio.

This black tea together with the Yunnan rose flowers makes for a thick and viscous tea, complex and interesting, while lasting many infusions making it a worthwhile newcomer to our offering here at Yunnan Sourcing!

Happy Hug a Musican Day! Today the prompt is to do a tea/musician pairing.

I know it’s crazy, but I actually don’t listen to music often. Not that I don’t like it, but when you’ve had constant migraine headaches for around two decades, you kind of adapt to having quiet spaces. I’m coming off a COVID-booster triggered migraine that just lasted me two days, so I’m not particularly in the mood to put on any music right now, either.

But I am a fan of Symphonic Metal, and picked this tea because I felt the robust Yunnan black and the sweet and delicate floral rose sort of represents that juxtaposition of the metal instruments and the classical instruments coming together. Even the rose itself has a sort of duality to its imagery of being beautiful, but also covered in thorns. It just seemed right for a musical genre that is a mashup of older and newer musical styles. (My favorite group? Within Temptation, but I’m a fan of Nightwish, Lacuna Coil, and many, many others!)

This dragon ball was a (now very long-ago) gift from Derk; thank you Derk! I steeped the whole dragon ball in 500ml 205F water, let it steep for 3-4 minutes (using a chopstick to help separate up the ball about halfway through), and then strained into the cute little black cat teapot my mother gave me as a housewarming gift.

The steeped tea smells glorious, of honeyed cream and roses. On the sip, I’m getting warm cinnamon bread slathered in honey, and a strong, sweet floral rose that is lacking both the “peppery” note I often get from rose and also any “perfumy” qualities. The tea is silky smooth, but a touch drying after the sip. Some sips I get just the slightest hint of a citrusy note, which is equally smooth and pleasant with the other flavors, and a non-descript fruitiness left on my tongue after the sip, which I can only describe as “sort of grape, sort of cherry, not really either.”

I haven’t had a rose black tea in a while as I continue to make strides on my “all-sipdowns-no-new-orders” mandate, and am finding that sweet floral/Chinese black combo is something that I’ve missed dearly, and is really hitting the spot!

I also almost never listen to music. If I’m going to listen to something, I have too many podcasts I’m behind on to have time for music.

I listen to too much music to have time for podcasts, AJRimmer. :D

I tend to put on YouTube videos that are easy to just “listen” to where I don’t have to actively pay attention to the “video” in them, and then color or knit at the same time, heh.

Okay, I am kicking off another year of Steepster activity with a review of my first sipdown of the new year. This was the last of the Yunnan Sourcing black tea dragon balls I had lying around, and in truth, I put this one off for so long because I had every intention of making it one of my holiday teas. I’m a huge fan of rose teas and got it in my mind that it was going to be the tea with which I rang in the new year. Honestly, I probably should have picked something else considering that I had a sinus infection at the time and this was a rather delicate tea, but what’s done is done. I was still able to get a lot out of it, and while I would not call it a bad offering, it was not my favorite of Yunnan Sourcing’s black tea and flower dragon balls. That was surprising too, because, again, I love rose teas.

This seemed to be a fairly balanced offering overall. One thing I noticed about each of these black tea and flower dragon balls was that each of the floral presences interacted with the base tea in different ways, sometimes thinning or thickening the body of the tea liquor, muting or amplifying certain aroma and flavor components, influencing the time at which each characteristic emerged, and sometimes introducing something unexpected. I basically picked up the same characteristics from the base tea with only minor differences, but each pairing seemed to organize and present them differently. This pairing emphasized harmony and balance, but that being said, it also struck me as a little too even-keeled in many places. I was actually hoping for a heavier rose presence and a few interesting rough edges, but I got neither. One positive aspect of this pairing was that the rose petals seemed to thicken the body and bring out more texture in the tea liquor, which was something I did not expect to occur. Big Snow Mountain black tea seems to consistently strike me as being a bit thin and watery, but I could not make that complaint with this particular offering. Honestly, this was a more or less solid pairing. Though I was hoping for a few pronounced peaks and valleys or a few unexpected wobbles here and there, this tea basically just stayed the course for the entirety of my drinking session. Fans of sweet yet balanced floral teas would probably be into it on one level or another.

I normally don’t like rose-scented teas. I don’t even know why I bought these dragon balls but I’ll be damned, the mood for rose struck today. Maybe it seemed like a natural progression from my wake-up cup of some underwhelming gui fei I’m trying to finish off.

Anyway, whew boy is this a sweet tea!

The dry ball smells so good, much like cherry and not that old lady perfumey rose scent. The aroma of the liquor matches the scent of the dry leaf and rose petals, never once making me regret choosing rose today. Once the ball opened up about halfway, the liquor became very thick with down and had a wonderful viscous texture. There was some astringency that could probably be somewhat mitigated by keeping steep times at 10-15s (I was doing several rounds of 20 before knocking the time down).

In terms of tastes, I wasn’t aiming for depth of notes today, rather just enjoying the session. Most notable was the cherry-rose, some spiciness and some minerality. Several steeps had a pronounced note of frankincense. Where this tea really got me was the intense! date sweetness that lasted long in the back of the mouth and seemed to also sit in my chest. I’m not normally a fan of super sweet teas but in this one, it just worked so well.

Overall, this was a very enjoyable, incredibly sweet tea, one that would be great to share a session with somebody. The rose petals are beautiful and vibrant in smell and taste, never perfumey but quite fruity. I do wonder if the fruitiness could be attributed to the base tea. I know YS sells it alone but I haven’t tried it. Regardless, the two ingredients work really well together. Another thing to note is these balls are pressed not nearly as compact as the Silver Needles or Moonlight White dragon balls, giving this tea less of a learning curve than those other two. I’m glad I picked up several of these dragon balls and won’t be in a rush to finish the last one just to get it out of my cupboard, saving it for when the mood strikes again.

This tea has a flavor that reminds me very much of cherry. The dry leaves have a very strong floral sweet smell to them.

1st Steep: As ball has not opened up yet the taste is weak. A get a slight underlying sweet taste. I’ll be honest I don’t know if that’s from the tea from the gummies I ate a few minutes ago. Very sure its from the tea. Almost a cherry like flavor.

2nd Steep: The cherry is most defiantly from the tea.

3rd Steep: The ball begins to break apart and the brew gets a bit darker. I have adoring the taste the rose petals provide.

Got about 8 steeps in before it went weak on me.