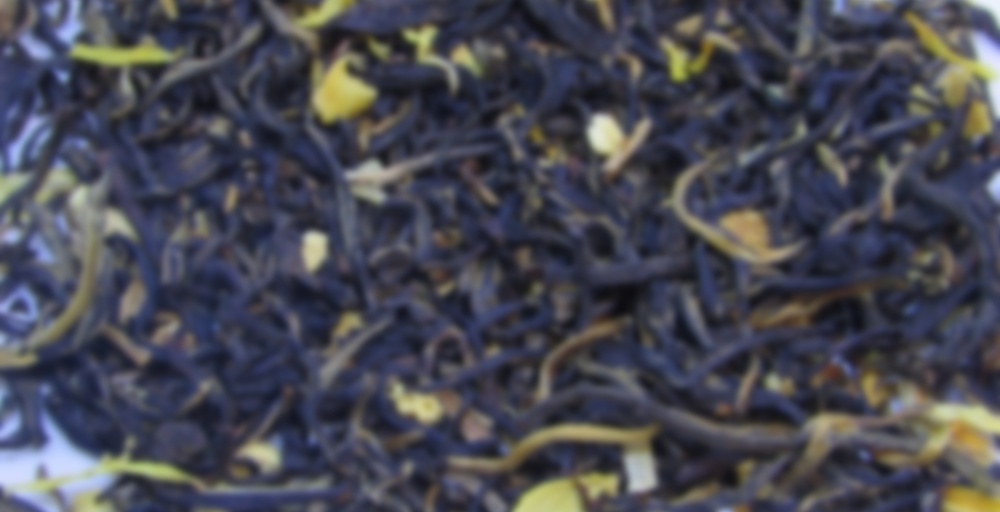 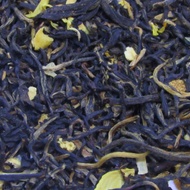 The idea for this tea comes from my youngest daughter. The tea I had originally planned to do had been kind of thwarted by my upcoming Subscriber Creation month (in July!) because one of my subscribers had come up with an idea that was similar in flavors to the blend I was originally going to create for this week. Not like – totally – replicating it, but with similar enough flavor profiles that I would feel like the two blends would be too close to one another – released at too close a time to one another. So I decided to scrap the original flavor that I had planned for this week & postpone it for another time (perhaps in a year or so) & instead create something totally different.

This is not usually a problem – because I have hundreds of tea ideas stored in my journals – but at that moment, I wasn’t sure what to replace it with & since my daughter was hanging out with me, I thought I’d ask her for her opinion. I told her I wanted a butter cookie kind of note – but I didn’t want it to be JUST butter cookie. So she suggested how about a honey butter cookie?

So a quick google search provided me with several recipes of honey butter cookies – the first of which was one where the cookies were similar to shortbread type butter cookies but made with honey rather than processed sugar. I kind of liked this idea – but then my brain started going into creative mode and thought – what if HONEY BUTTER were the actual flavor profile of the cookie, rather than it being a BUTTER cookie made with honey rather than sugar. You know, honey butter: softened butter mixed with honey & finely grated orange zest & a splash of vanilla & salt? The kind of buttery goodness that gramma used to make to serve along with her homemade biscuits or cornbread. You don’t really taste the orange or even the vanilla – the focus is on the creamy butter & honey – but the spread would not taste the same without these two ingredients.

Honey Butter became the focus for the idea behind this tea. I started with a combination of Yunnan teas – a Golden Monkey Yunnan & a tippy Yunnan Imperial. Then I added a little bit of Mengku Sun Dried Assamica black tea just to round out the flavor a bit. I added honey, butter & vanilla essence (don’t worry, they’re vegan!) & some orange peel & freshly shaved nutmeg.

The result is a super satisfying cuppa with honey, butter & cookie-ish notes – with a rich, flavorful black tea base! It’s also completely VEGAN, as well as gluten-free & allergen free!

Tasting Notes: This tea is absolutely delicious. I don’t know what else to say about it. The black tea is rich & bold & full of flavor. The honey notes – the buttery notes – everything comes together so nicely. You won’t taste a lot of orange notes in this tea – I didn’t craft this to be an orange flavored tea. The orange is there – more or less – as a tribute to my gramma’s honey butter. You might get a hint of orange here & there – but it isn’t an orange-y tea. It’s a honey butter tea with notes of freshly baked cookie. Just – YUM!

I prefer this one hot – it makes a tasty iced tea but I think that the butter & cookie flavors in this just taste better when served warm.

I want to like this more than I do. The orange doesn’t really fit my idea of a honey butter cookie (which is basically, a sweet and rich butter cookie), and it comes off a bit cleaner-y to me. It’s not a terrible tea, just not to my liking.

This is making for a nice eggnog latte. Orange cookie vibes, but creamy and eggnog-y. My brain isn’t capable of a better description right now because work BUT I did get my performance review today and it was super positive feedback which is nice.

I placed a pretty big sample order from 52Teas recently and while there were obviously many teas that I had an interest in trying this is definitely the tea that based on name alone I was most excited for. Something about the name just sounds so delicious to me, and the potential/concept had me practically drooling…

Sadly, it’s not what I expected it to be. Mostly it tastes like some type of orange infused wildflower honey, and while that is delicious it’s not exactly what my brain associates with “honey butter cookies” so my initial reaction was to be let down. The orange just felt so out of place to me. Now, I think next time I drink this (with my adjusted expectations) that I’m going to enjoy it a lot but this cup was just more of a write off.

And it’s okay if the tea didn’t totally fit my picture of it – so many other ones from this order have either met what I thought they would be or excited that expectation, so I’m a happy camper either way, haha!

I like the smell of this one quite a bit; it’s kind of spiced orange blossom honey aroma with a hint of caramelized butter. I mostly enjoy the taste but wish there was a bit more cookie/baked goods front. The tea delivers completely on the honey and butter though!

I also drank this straight up, with milk, and with milk and brown sugar. I can’t say which way I prefer it but I do know it didn’t last long (my mother thought the milk & sugar combo was deliciously smooth too so that’s two favourable impressions).

A friend came over for the first time in months. She needed an escape, and I gladly offered coffee, tea, and snacks at my place. I brewed up a nice big pot of this (using up the entire packet), and we ended up pouring it over ice with oat milk and honey, as it was just so hot out. It’s a really lovely honey black tea, that was accentuated nicely by the oat milk and sweetness of the added honey. I was missing that cookie note, but it was still lovely.

This was our tea of the week for the week of May 25. The base here is robust – it’s a blend of two Yunnan Black teas (Golden Monkey & Imperial) plus an Assamica grown in the Yunnan province – so the first few sips are strong black tea. I still get honeyed tones with hints of cookie but those first few sips are dominated by the black tea notes. As I continue to sip, though, the honey notes emerge as do the buttery cookie notes – and just a hint of orange zest.

My inspiration here was not a butter cookie that is sweetened with honey – but instead a cookie that tastes like honey butter – like gramma used to make. Her honey butter had little bits of orange zest in it (which is why I included orange peel in this) but there was never a strong orange flavor to the honey butter – it was more like a soft whisper of orange that did more to perk up the flavors of honey and butter rather than provide a sense of orange to the honey butter. I feel that I managed to accomplish that pretty well with the addition of the orange peel here – there’s a vague hint of something there – but it isn’t a distinct sense of orange.

Overall, I’m pleased with this tea.

stares at screen while drooling