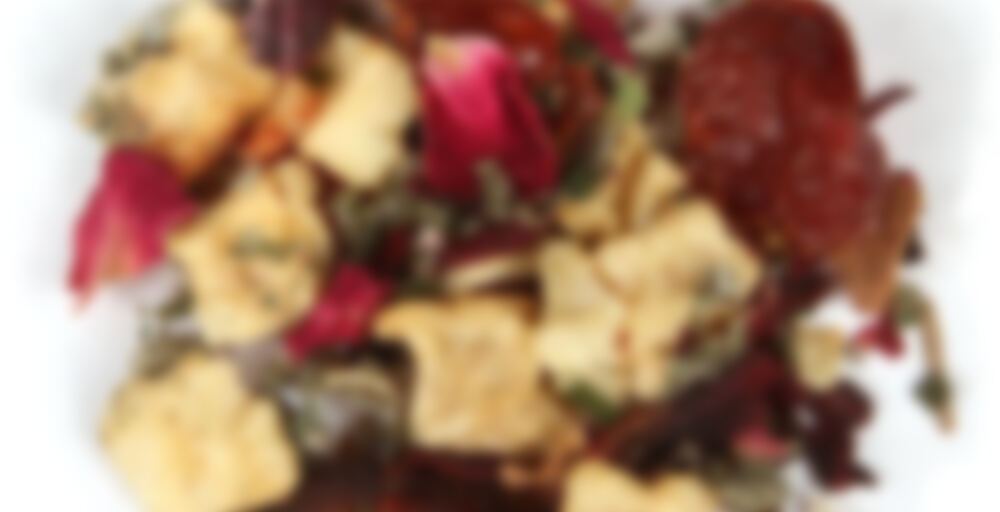 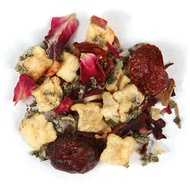 by Adagio Teas
80
You

Sweet, juicy and refreshing – these are the thoughts that come to mind when thinking of watermelon. Sips of our Watermelon Cooler will invoke the same delightful sensations. The sweetness of watermelon and the lively notes of cranberries and hibiscus when iced make this a perfect poolside treat. Add a pinch of mint or a twist of lime to create a tasty watermelon mocktail.

I was excited about the concept of this one, but I brewed a pot and I wasn’t a fan – it was too watered down – maybe you’re not supposed to double steep this? I’ll give it another try and just steep it once, and see if I like it any better.

I liked this more as a cold brew – it’s less distinctly apple tasting and has more of a sweet, mellow watermelon flavour. What was most interesting, surprising, and also delicious was that in cold brewing this tea it also tasted quite creamy as well. Watermelon and cream/vanilla is sort of a strange thing to think about for me as a combination but I enjoyed it a lot in this format.

Not sure I would order this again, as I do typically prefer a juicier and more robust flavour from any melon tea that I purchase but I do think it’s a nice blend. If you’re trying it, I have to recommend going with a cold style of preparation. It’s just so much nicer that way.

I liked this one as cold brew. It’s really refreshing with lots of ice. hehe

Got a sample of this awhile ago, finished it right away. Thought since I’m waiting for new samples, this would be a good time to try to fill in some tea/tisane that I enjoyed in the past.^^

First off, if you like watermelon, I highly recommend this herbal tea. I enjoyed it so much. It was perfect for my late, late, laaaaate evenings since it’s caffeine free. The liquor is a light pink, and it has chunks of apple, a bit of Cranberry, Hibiscus Flowers and few more healthy ingredients. It was so refreshing, and tastes like the juice of a watermelon. I had it hot and also iced. Both ways it was thoroughly enjoyable. Probably my favorite herbal tea/tisane up to date but to be honest, I haven’t drank that many :P. I do remember that I had to steep it longer because the taste is pretty faint, and I loved the taste so much that I steeped twice as long.

This tastes like watermelon candy. I’ve definitely had better melon teas, but this is nice enough. Just go in expecting sour watermelon candy. Not sure if I would repurchase, but I don’t regret my cheap sample!

Got this as a free sample in my most recent order. I saw Adagio teasing us with free watermelon tea on Twitter and I couldn’t resist. So I made a small end-of-summer order.

The contents of the pouch look like a mix of dried apple cubes and red potpourri. The apple pieces were all clumped together, so I broke them up with my spoon. Now, I haven’t had an Adagio tisane in like ten years. I tried a few back in the day and thought they were good, but I need my caffeine fix and without that, those teas were basically expensive juice that I had to assemble myself.

But… but watermelon. So, the pouch gave a range of 5-10 minutes. I went with 8, preparing it strong to go over ice. It didn’t come out quite as bright pink as I was expecting with the hibiscus content. It’s more of a peachy pink. Kinda like cantaloupe. However, the flavor is pretty spot on. Very melony despite how much apple is in it. And it’s very natural-tasting… not like a Jolly Rancher or anything like that. I’m really looking forward to blending it with a coconut black tea in the morning.

Big disclaimer, though — I used twice as much tea as you’re supposed to. I’ve had a bunch of teas like this and by now I know what’s up.

‘expensive juice that I had to assemble myself’ LOL what a fitting description of fruity tisanes!

I think this herbal is amazing. It tastes exactly like biting into a piece of warm watermelon. I have only had it hot, but I think it would be awesome cold. My husband, who does not like flavored tea at all, even liked the taste of this. I will definitely be repurchasing this one.

Drinking it hot, it tastes like someone microwaved watermelon. I love it.

This is tasty, but I found that one sample pack didn’t make a full pitcher cold steeped, like most of the other herbal blends I cold steep. However, it did have a juiciness that very much resembles fresh watermelon. I would consider repurchasing even if just to give it a go with the right amount of tea.

Here’s my first time trying to brew iced tea as well as drink it =) I’d really, really appreciate any tips since I’m even more of a confused n00b when it comes to iced tea lol- do I steep the tea longer when making iced tea? After I pour the hot tea into the cup of ice, do I leave the ice in or do I take it out after a while? I don’t want to water down the tea…

Anyway, initial reaction: OMGLOB THIS IS SO GOOD!! So refreshing, I love it!! “Watermelon Cooler” tastes sooooo good as an iced tea! There’s definitely a different taste between this one hot and this one iced but it’s so yummy either way (again, it’s like drinking a jolly-rancher) So glad that the world of tea keeps getting bigger and bigger =D

(Poured hot water into infuser full of tea, steeped, then poured tea into a glass full of ice cubes, then added 3 or 4 more sugar cubes.)

That’s how I normally make it. I put enough tea to make 16oz in 8oz of water and brew the same amount of time as I would hot, pour over a 16oz glass filled with ice and drink it with the ice in it.