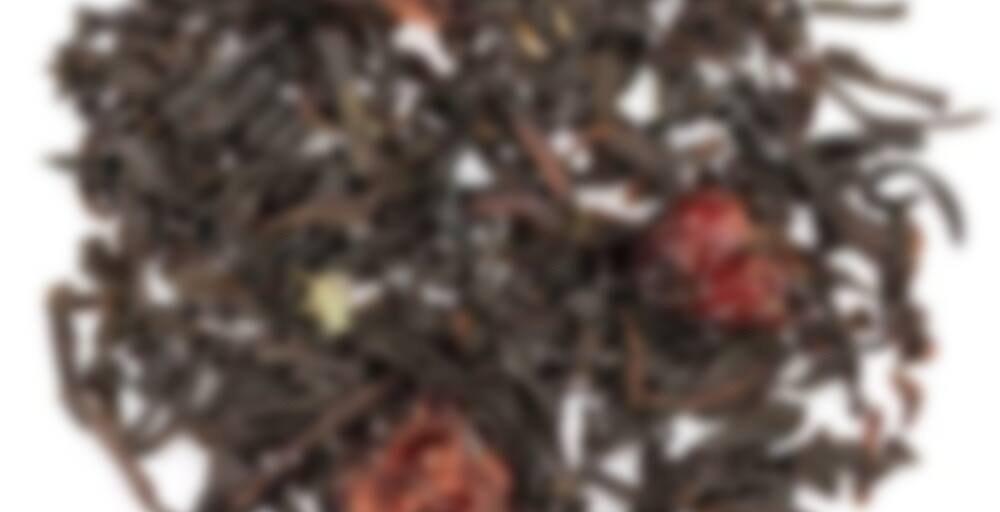 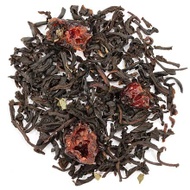 by Adagio Teas
68
You

Premium black tea from Sri Lanka flavored with sweet, tangy cranberries. Clean, bright flavor with a juicy sweetness. This delicious autumn delight is a great complement to your next turkey feast, which your guests are sure to gobble down.

A final note on this tea. (I still have some tea bags of it, though, so I might come back to it.) In the loose form, apparently the raspberry leaves settled or something, because the second to last cup of this tasted a bit sage-ish to me and wasn’t as good as I had come to expect. In fact, I threw out the last cup’s worth of leaves because I couldn’t bear to think about drinking it. Note to self: if I get this in loose form in the future, make sure the leaves don’t settle!

I’m the first one to try this, eh!? Well, here goes! The aroma is perfect (if you like flavored black tea). It’s the great black tea scent with hints of cranberry goodness! It looks like a typical black tea when infused. The taste is a little bitter – but then again – many cranberry things are bitter, right!? It’s pretty good for a cranberry tea, I suppose. PLUS I was in need of more flavored black teas in my stash so it serves a purpose or two.

sounds worth a sample tin to me. i’m a big cranberry fan. maybe a cranberry spice blend???

I tried hydrating craisins in green tea before, maybe I should try it w/ this.

I have this as part of the pre-bagged Adagio Christmas blend set. I still have lots of Christmas tea left but at least it will cure my cravings later in the year. As for this tea I remember receiving it for Christmas last year and forgetting to try it there and then, good thing they come in decent storage tins.

It smells sweet and berry like but the black tea is thick against it so the fruit is mostly in the background. Still it’s a nice enough smell, enough to whet my taste buds.

The taste matches the smell for the most part. The berry is sweet and a little sour in the after taste, it does taste like cranberry but the black tea also makes it rather astringent. When you add sour/tart and astringent together it equals a harsh blend. I’m sure it could be softened with milk and sugar but I hate to add those to my teas now a days, plus honestly for me it’s already sweet enough (edging on too sweet).

It’s not a bad tea but neither is it great and as for being Christmas themed I would say my Christmas wouldn’t be ruined without this one.

Thank you to TeaEqualsBliss for sending me some of this tea.

This is surprisingly good. The black tea base is not harsh or bitter or course like I have often experienced in Adagio’s black tea blends. It actually tastes smooth, although there is a fair amount of astringency at the finish. The cranberry is a light note, sweet with a touch of tart but not that typical TART of a cranberry. The tartness arrives later, in the aftertaste, but it is still not an overtly tart taste.

This is the last tea I’ve yet to try from my Adagio Holiday Cheer sampler. In theory, I love the idea of this tea. It’s so simple, and yet so brilliant. A classic idea for a christmas tea sampler. In practice, I already suspect it’s going to be a let down. I can’t really smell cranberry — only the faintest whiff — but I can smell that dark bitterness I detected when trying Pumpkin Spice the other day. Already, I’m thinking this isn’t going to end well. Still, onwards. Into the water it goes, with the hope that I might be wrong.

4 minutes and a splash of milk later, I’m not wrong. I can still only smell the very faintest hint of cranberry. I can also smell something very bitter lurking fairly near the surface, and even to smell I don’t like it. I’ve heard it said, but I can’t believe that the base tea is Adagio’s Ceylon Sonata. I like Ceylon Sonata. I even have a big bag of it sitting in my stash, and it doesn’t taste or smell anything like this creature. I’m not saying it’s not in there, but if it is it must be cut with something else. This THING, whatever it is, is probably what I don’t like. I imagine it makes it cheaper to blend, but it also ruins what could be a perfectly good tea. There needs to be more flavouring, though. There’s just nowhere near enough cranberry in this for it to really deserve the name. If only all of these teas could be like Chestnut — the shining star of this sampler — I’d be a very, very happy woman. Alas, it’s apparently not to be.

So, finally, after all my ramblings, it’s just cool enough to taste. It’s tolerable enough, but it’s really no more than an everyday blended black, and not a fabulous one at that. There’s a tantalizing hint of flavour, but it only serves to signal what was not to be. Still, never mind. I can always dream of chestnuts.

Boiling 4 min, 0 sec
Yours I Like This
4 likes
1 comments
Edit

Sorry this tea didn’t work out :(

I can’t say I’m enjoying this as an iced tea. I think I may toss the rest of this while I feel mentally capable of it because I don’t actually like this tea very much and it’s quite old at this point.

I’m sort of neutral on this tea right now. On one hand, I don’t feel the need to drown it in milk and sugar, so I guess that means I’m growing more accustomed to blacks, but on the other hand I’d still rather have a nice cup of white peach in the morning.

Overall this isn’t bad. After reading some of the reviews for the holiday teas my mom got me for Christmas, I was really reluctant to try them. Especially this particular tea. Not quite sure what I was expecting from this, but it was a decent cup. Not amazing, not awful. Pleasant, even. I’ll have to give it a try mixed with some True Blueberry.

I’m not normally a fan of cranberries, but I enjoyed this tea much more than I thought I would, especially with the dried cranberries. The tea has a good cranberry aroma, with a hint of tartness and with the slight sweetness that comes with dried cranberries. It held up excellently with milk and sugar.

This is good, but it’s not as full of cranberry tartness as I would prefer. If I didn’t know any better, I would just call it a “berry” tea. It has a hint of sweetness, and a hint of tartness. I know this is a holiday tea, but it’s good for any time of year.

I love this one. Too bad it’s only available for the holidays.