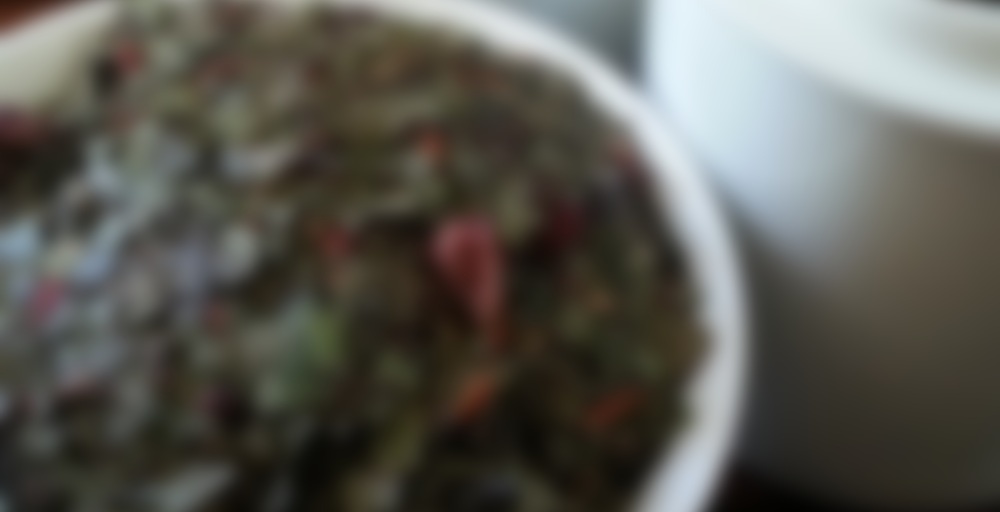 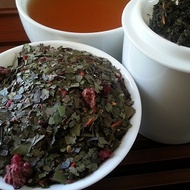 by Butiki Teas
84
You

Today is my early start busy day at work, and I’m really struggling to find the motivation to go in. I was doing full, busy weeks not so long ago, but lately they’ve cut my hours right back with no explanation and this week they only have me in today. It’s the least work I’ve been doing since I started 6 months ago and I’m finding it hard having no money when I’ve been used to being able to buy things and pay what I owe for a while now. How do adults do life??

Anyway, I needed a caffeine kick to get me going this morning, so this is what I went for. I don’t particularly enjoy it for the flavour but the energy boost is a big help. Flavour-wise this is mostly guayusa, and it’s not because it’s old, it’s been like this since I bought it. Even with a little added sugar the flavours aren’t willing to come through stronger. Weirdly, I got one really nice, clear sip at the beginning of my drink which was all juicy blackberry lime goodness. I’ve been drinking this like a madwoman, sipping different amounts at different speeds, trying to get different amounts of air into each mouthful, but I can’t seem to find those flavours anywhere any more! Ah well… there is a hint of blackberry in with the almost savoury leafy, earthy guayusa, hidden somewhere in the background, and every now and then I get a little hint of lime at the end of the sip. I should try this one cold-brewed, because the flavour combination sounds so delicious I wish I could appreciate it more.

I haven’t had blackberry tea for a long time. Sounds luscious. As for “how do adults do life,” we’re still figuring that out. I have a sign in my office—KPO, which I understand was Winston Churchill’s catchphrase: Keep Plodding On.

(Truthfully, it works better when the P stands for pray, but I forget sometimes.) May you be surprised by a little joy today!

It’s probably my favourite of the berries in tea. Haha I might have to adopt that motto myself!

Thank you!! It got a lot better in the end. (: I hope your day was similarly joyful.

This was the first time having this tea chilled and it is way better this way. The lime shines through a little more and the blackberries seem juicier. I will certainly drink it like this from now on!

This was the best guayusa I had ever drank! The energy boost of guyusa is fantastic, similar to mate, but the taste isn’t so pleasant on its own. This tea was good hot and cold with none of the guayusa after taste!

Sipdown of an older sample, I believe it came from Courtney but I could be wrong!

Made this at work yesterday, enjoyed the inclusion of a big blackberry in the bag!

I may have steeped a bit too long. I haven’t tried too much guayasa in my life, I think it has a bit of a planty taste. Not sure I dug it. I could see how the blackberry lime might be an interesting combination, but this is not a Butiki tea that I mourn the loss of. Thankfully, because that list is already long enough. If I dedicated 5 minutes per tea to cry about every day, I’d be crying forever.

Thanks the the sample, Courtney! (?)

I don’t think I like guayusa very much. I keep getting this cigar ash taste and I think it might make my tongue slightly itchy. Weird, right?

Yeah, it was too oddly planty for me. Not planty in a good fresh green tea sort of way. Just – odd.

Oh dear, I loooove this one hah. But I’m glad you got to try it at least!

This one sounds very interesting. I have a fondness for guayusa, but I can see how it may not appeal to everyone.

I requested this as a sample with one of my most recent Butiki orders. To be fair, I probably should have gone with a whole bag (because I knew I’d probably love it). Maybe I was hoping to give myself an excuse to place another Butiki order? Hmm. I wonder whether that was it. Anyway, I rather like guayusa, particularly for work mornings as the high caffeine helps to get me started. I generally need all the help I can get waking up!

I almost followed the recommended parameters for this one — I used boiling water, but only left it 5 minutes rather than 6. I pretty much always under do my guayusas on time, because I don’t like the earthy base to come through too much and either cause astringency or overpower the flavouring. 5 minutes is fine for this one to my tastes.

I can definitely taste blackberry – it’s very juicy and fruity, and wonderfully sweet; not at all tart or sour as actual blackberries sometimes can be. I can also taste the guayusa peeking out a little bit — it’s earthy and a little “green” tasting (but in a good way, like wet forest, rather than composty). I don’t mind being able to taste it a little, as it actually works well as a counterpoint to the sweet blackberry. I can’t really detect any lime, which is a shame, but the blackberry is such a great, clear flavour that I don’t really mind.

I’m a fan of Butiki’s guayusa blends. My favourites so far have been The Killer’s Vanilla and Good Morning Sunshine. It’s hard to say where this one sits on the scale — about equal with the other two, I think. Perhaps it’s time for a repurchase?!

I’ve been curious about this tea for awhile now. I asked for some in a recent swap with Stephanie and she sent it nicely wrapped in aluminum foil to hold in the scent. Thanks, Stephanie!

It smelled like the kind of flavor that would be delicious iced, so that’s what I did and it tastes delicious! So refreshing! I get a lot of blackberry, maybe a hint of lime, and the base tastes a lot like a black tea to me, but lighter in flavor. I didn’t add any sugar. This could definitely be a favorite iced tea, but I bet it would also be good hot with a scone. Yum!

Me too! I’ve never iced it, but I have cold brewed it.

Glad you enjoyed it. I really like this one iced, for sure :)

Yum! This is my new favorite any day guayusa. It was Tangerine Creamsicle. I love the sweet blackberry with the lime. I don’t know why but I always ice guayusa and that is what I did with this one. Maybe in the winter I will try one hot but I don’t think it will be this one.

Surprise favourite here! I bought this simply out of curiosity, not because I anticipated liking it. Apparently, though, blackberry is a perfect pairing with guayusa! I’m not overly fond of guayusa, but it worked so well here that I’ve actually found myself wanting to drink this tea again (tea cravings for guayusa?!) The juicy blackberry flavour just worked so well with the earthy flavours for whatever reason.

To be fair, part of the reason I picked this tea up was because I was interested to see how Butiki did lime, but unfortunately I really can’t taste any lime here. Which, flavourwise for this tea, is ok, but a bit disappointing because it is an ingredient. Again, however, I drank this in a travel mug and will have to try it again to see if it was just hidden by whatever atrocities travel mugs do to teas.

I, uhh, bought this for my BFF but since I hadn’t tried it before I thought I’d give it a go.

OMG, the blackberry and lime is INCREDIBLE. The smell is great, and the flavour is mostly great.

Too bad it’s not honeybush. I really don’t like the flavour of guayusa.

The sales guy at David’s tea was trying to talk me into a guayusa the other day, I just don’t care for the flavor either…

It’s not just the flavour, it leaves me feeling weird and jittery. I don’t think I’ll be having it again.

Cup of the morning. Generous sample from Stephanie – thank you so much.
This is my first guayusa tea. The smell is incredible. It’s like blackberries and citrus. Stacy is famous with her flavorings. I do like it on a hot and humid morning when you don’t want anything heavy but need some boost. I added tiny bit of maple syrup and it made it shine. I wouldn’t mind a little more of lime. Prepared according to Butiki parameters.
Thank you Stephanie, it was fun

How did I miss this? Glad you enjoyed