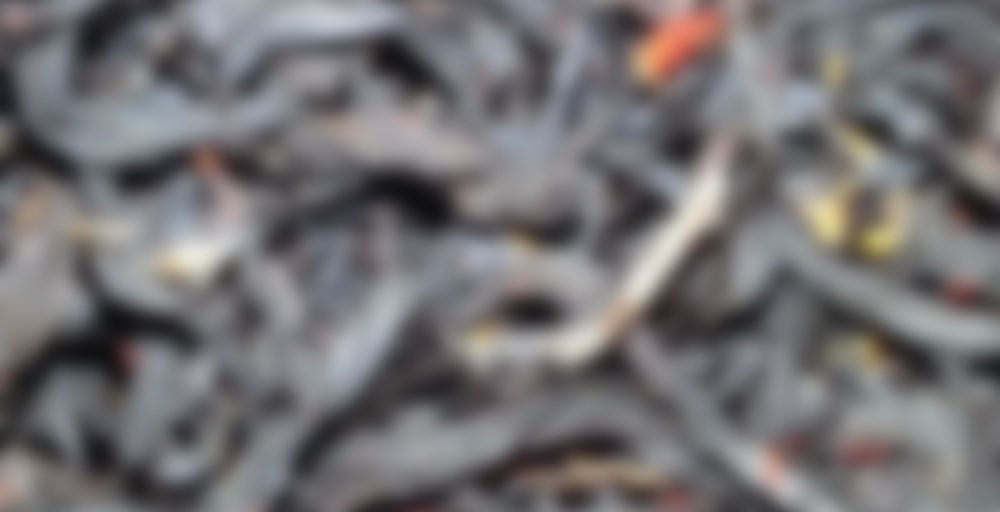 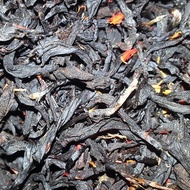 by Butiki Teas
82
You

Our Blackberry Cordial utilizes our Sansia Black tea for a natural honey sweetness. Blackberry, brandy, and syrup notes work together to create a flavor that mimics a blackberry cordial. We highly recommend adding sugar for a more intense and accurate flavor.

I picked this tea up when Butiki was closing, not really because it stood out to me, but more because I just wanted to try all of the teas I could get my hands on while they were still in business. I am SO glad I did! This has become one of my all-time favourites from Butiki, which I totally didn’t expect! Everything about it is sublime, start to finish. The dry leaf is gorgeous and fascinating to watch unfurl in the water, and the scent of the wet leaf is divine – just like a blackberry pie filling! I could honestly just sit and inhale the scent for hours. The Sansia black base is sensational, and compliments the dead-on blackberry flavouring perfectly. I added a splot of honey which really amped up the juiciness, making it even more amazing than it already was. As I’ve mentioned in a previous note, the tea is really allowed to shine through the added flavouring, a feat which Stacy was very good at achieving in her teas. I only wish I’d been able to pick up a larger bag of this while it was available, because this tea will be sorely missed. I am upping my rating from 89, because if Butiki weren’t long gone I would be ordering more of this right now, sipdown targets and monetary constraints be damned.

The ghost of Butiki Teas is still going strong here on Steepster, haha.

I know.. right before Butiki teas closed, it was ‘buy them to try them’ for me too. I was never able to try this one though! Even the teas I didn’t think I would like would be AMAZING.

I honestly don’t think there’ll ever be another Butiki ): I still have so many hoarded teas haha, whoops…

Drinking 52Tea’s Blackberry & Cream Shou Mei definitely put me in a blackberry mood, and that brought about this somewhat unfortunate sipdown. Truly, this will be a tea that’s dearly missed.

It was interesting drinking those two teas so close to each other, though! The blackberry flavouring was pretty similar/comparable, which really made the difference in base choice very apparent. The white base for Blackberries and Cream was light, and airy but the black by comparison was much richer with a deeper flavour. 52Tea’s blend was coquettish in nature, but Blackberry Cordial? Oooh, Blackberry Cordial was sultry and seductive…

I didn’t care for the Sansia black base on its own, and it didn’t work for me in this blend either—it was just too strong on the honey. With this one, I mostly got the base, with occasional hints of syrupy berry peaking through. It was very sweet, likely due to the Sansia, and probably would’ve been a nice blend for those not weirdly averse to honey-tasting black teas.

Here’s yet another post from my fading memory; I apologize for the lack of details. I’ve had more exciting flavoured teas from Butiki (I didn’t get the cordial bit), but the base makes this one a real treat. Smooth and sweet.

yay! comfort tea to get me through the day. Really trying hard not to push myself too much but i really want to get rid of all the extra crap in the house we keep holding on to for no reason. Today was clothes…good bye stuff i haven’t worn in a year! hopefully someone out there will be able to make use of them as they’re nice pieces, just not anything i wear anymore because of style/comfort/size etc.

sad to see this tea go but it was lovely to have. I really do love the way stacy did blackberry – the flavouring was always tasty!

I have an ever expanding pile of stuff in the middle of my living room that I’m trying to get rid of. It’s nice to clear out things that just don’t get used! (Anyone want some rollerblades?)

I need to hire one of you guys to come and do that for me…. Keep saying that I’m going to do it and then never do….. Good Job!!!!!

Oh Dex. I LOVE sorting things. It’s harder to do it for myself, but it’s one reason I loved archaeology so much. Sort sort sort. Almost as good as packing for other people. :D (Ok, looking at that it might be weird, but hey.)

I try to get rid of clothes (and lately, most anything else) I haven’t worn in over a year as well. I tend to do the purge more like every 6 months when I change out the seasonal clothes, with BIG purges every few years before moving because nothing says “You don’t need all this crap” quite like a piece of clothing being not worth the weight/space of carrying it to a new location.

OMGsrsly: Be careful what you say, I might have to fly you out here next time I need to move! ;) I HATE packing.

Another tea I’m fairly ambivalent about, though it’s tasty enough. Clear blackberry flavour, and a nice base just comes across as a blackberry black tea to me – no syrupy cordial, really. Not much blackberry in the resteep, either; mostly just base tea.

I’m still very excited to try this and the others eventually making their way to me :)

That reminds me! I can’t find the post where it said what we were splitting. I know Boomstick (VariaTea has that), and this one? And one other? Enlighten me please!

Caribbean Rum Punch, Boomstick, and Blackberry Cordial are the ones I’m splitting with you – and then I think I also have that Rhubarb Cheesecake Pu’Erh coming from Rachel too :)

Perfect, thanks. I wrote down “Two new teas for Roswell”… and that’s it.

I adore blackberry. I knew I would love this from jump street, and I definitely do. I had a sip of it without sweetener first, before adding some as the description recommended. It is pretty naturally sweet on its own, and because it is a honey sweetness, I used honey to add to the flavor. It was jammy and berry-y and lovely. It does have a slight dryness that is reminiscent of booze.

Plus, it tastes great on second steep, just lighter. I preferred the second steep without sweetener as the boozey aspect kind of dissipated anyway, and it just tasted like a good blackberry black tea.