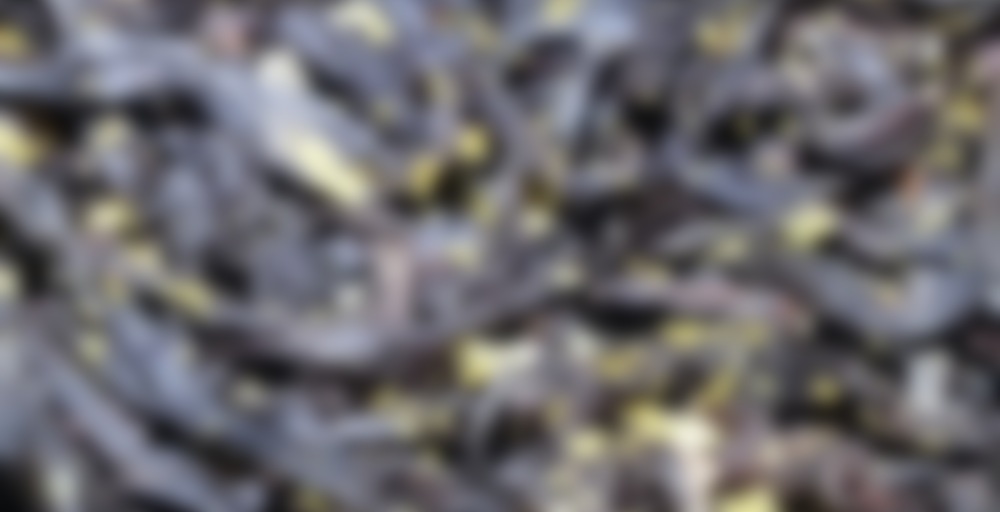 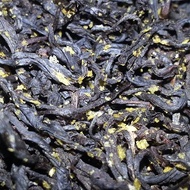 Our Pumpkin Cider has spiced pumpkin and sweet cider notes. Honey notes from our Sansia Black base tea are also prominent and complement the pumpkin and cider flavors. This tea is the perfect treat for cold winter nights.

Om nom nom. Drank some of this while watching election coverage. Deliciously spicy and pumpkiny :) Classic Butiki pumpkin flavour, and a great base. All in all, a happy evening.

This was a tea I was sad to see go. I’ve been drinking this all week. I was able to get a good few gongfu steeps into my mug for this. I totally over-leafed on the very last of it, and the leftover pumpkin flakes were all over the place. The flavors were not as subdued as I thought they were going to be. The cider flavor was nice, if not a little faint, and reminded me of classic Christmas wassail. the pumpkin flakes were great, they still lent a nutty earthy pumpkin flavor that I love. This tea definitely made me wish it was fall already. It’s my favorite season of the year, and although it’s still like 108 degrees in Vegas, I can crank up the AC, put on a sweater, and a mug of this tea.

Never even got to try this one!

So, I decided to try more teas this weekend. (Along with playing more Harvest Moon.) There is a light pumpkin scent, and bit of spice. Not sure if there is cinnamon in this, but my subconscious thinks there should be. The flavour is nicely pumpkin as well. It even has that slightly tangy taste that apple cider has. Good for the season of ‘almost Spring’.

Harvest Moon is the best.

I play more of the handheld versions. Such fun!

I favor the handheld versions too. The game is too addictive – I need to take it with me everywhere when I’m playing.

Oh….maybe that’s why I don’t have very many friends in my adult life…because I just didn’t leave my house back then lol Gosh, how I loved waiting for those adorable baby cows to be born.

My favourite is probably the Mineral Town games.

I’m in my second season of “a new beginning”, but I didn’t know those yellow flowers were so important, and I sold most of them in Spring…. ugh.

I know I shouldn’t have, but I had to buy a mystery box and a couple more teas! The way I see it, I won’t be spending any more money at Butiki anymore. And I didn’t think I could go wrong with any tea from Butiki anyway. Because of that, I’m pretty happy with what was in the box… of course I would have been happier with some of those blends I missed out on! I don’t want to make anyone feel bad about not getting a mystery box, but I calculated two of the eight teas I received would have paid for the entire box, even at 50% off!! That’s a deal. I actually didn’t expect some of the really expensive teas… this one happens to be one I also ordered, so I have two ounces now.

I wasn’t sure about the pumpkin WITH the apple, but with the Sansia base, I remember it being very bready, so I was imagining a pumpkin apple bread flavor. I do remember I wasn’t entirely in love with the Sansia though. The one time I tried it (from a teabox) even just because it didn’t resteep very well and left a very cedary type flavor on the second cup. This time, the flavor did seem lighter in the mahogany colored cup. Maybe a different harvest? It did seem like the Premium Taiwanese Assam was lighter too from what I remembered it tasting like. Ah well. I can’t see if there is pumpkin flakes in the actual blend, but I’m tasting more of a pumpkin spice and a little bit of green apple. The base itself seems less distinguishable than before… I can’t really tell if it has that bready flavor. BUT at least the second steep didn’t have the oversteeped cedar flavor this time. The second steep tasted almost exactly like the first cup which is nice… but this blend isn’t my favorite, both for the base tea, the combination of flavors, and the flavors themselves.
Steep #1 // 2 tsps. // 6 minutes after boiling // 3 min steep
Steep #2 // just boiled // 3 min

I wasn’t completely certain that I would like this as much as the other teas. I’m not the biggest fan of apple, but I liked that it was made with pumpkin, and I wanted to sample two different pumpkin teas. I only ended up getting an ounce of this, so I probably won’t be able to enjoy this long, but I’m not going to dwell on that. The cider notes give it a more rounded flavor in my opinion than the other tea that I have, though I do enjoy both. I have been able to steep both teas twice, though I don’t really know how long the pumpkin flakes last. I’m just glad it doesn’t taste like apple juice.