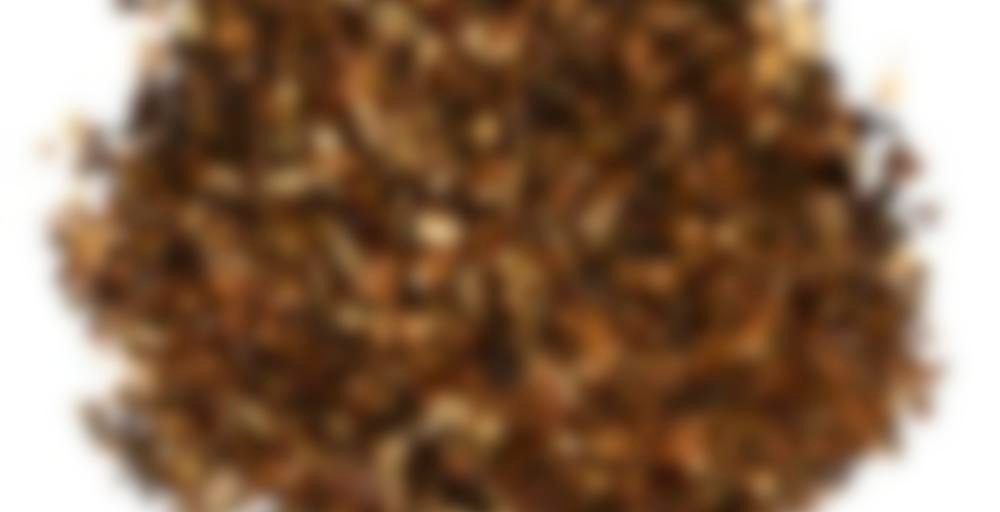 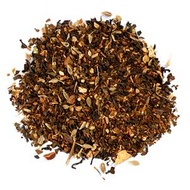 with 60 Ratings Rate this tea Rate This Tea

Add a little guarana to high-quality black tea that’s flavoured with ginger, cinnamon and anis, and you’ve got a seriously tasty burst of energy. Guarana is a highly stimulating tropical berry, making for a delicious way to wake up and get energized. You’ll definitely fall in love with it, either as a plain black tea or steeped in hot milk.

this was unexpectedly delicious!!!
I’m rather skeptical about Chai in general… having had so many that did nothing for me but the ingredient list seemed pretty benign and so I gave it a shot.
With some agave and heaps of milk, this was just the kind of chai I enjoy. It reminds me of the cuppas I’ve had in Indian restaurants to close the meal. The spices were perfectly balanced, with none of them poking out or lacking.
I did however, see a note in someone else’s review about it seeming a bit thin, and I think I know what they mean.
Initially, I had hoped to get a second steeping out of this, but as I moseyed on to work, taking random sips here and there… I kept thinking “just another minute steeping and it will be poifect!” (yes I’ve taken on an accent, in my head)
but oddly, that minute never seemed to end!
Which is super strange because I typically enjoy my teas on the weaker side…
I suppose it was my conditioning learned in Indian food houses that’s taught me to relish a strong cup in my chai???
Nonetheless, I love this one anyhow. Even moreso because it tasted just like “chai” without the hassle of making it into a bonafide latte! I mean, I’m sure it would be incredible as one, but I couldn’t seem to tell the difference so… shrugs
If it wasn’t for my tea buying ban (which I broke today. Bad IndigoBloom, bad!) I could seriously see myself buying some up for the cupboard!!
Disclaimer: I do have a bit of head cold going on. It’s no doubt affecting my senses!

This is one of my two favourite chais at Davids, I’m so glad you liked it!! :D

Your tea buying ban lasted longer than mine did. :)

Does it have guaraná in it? It might be interesting – not sure if in good or bad way. But guaraná in tea, hmmm.

Anthony: it gives a really big boost!!
Amy: well atleast I made some progress in my sample pile :)
Cteresa: it does, and it seems to work for me! not sure if my tastes are similar to yours?

Guaraná for me is mostly associated with the fizzy drink (it´s dunno sort of what Irn Bru is in Scotland, Guaraná is for brazillians. I am not brazillian but when i think of guaraná I think of the bottles in the supermarket aisles). Caffeine yeah and that taste but the health-food claims are well not something I associate personally. Putting in tea is a pretty interesting idea though!

Apparently a year means my tastes have totally flipflopped. Last year I tried this one and loved it, while totally disliking Saigon Chai (also from Davids). Now it is completely reverse. I got a bunch of chais to try and find the one that’ll get me through the winter and I’m pretty sure this one is not a strong candidate. I’m on a total latte kick and while this one definitely is strong enough to handle the milk, I didn’t find myself craving a second mug like I do with some of my other chais. Lowering the rating accordingly.

Also for those of you on twitter, I recently started up a feed over there for what I’m drinking. I don’t always get a chance to review but I find it fun to see what others are drinking and thought other people might be the same!

I didn’t realize my bag was so low! But this is the perfect day for this tea so I can’t save it for another time. Little sleep, a decent drive ahead, and not in the mood for anything too rich. This tea is perfect. This sipdown will speed up my re-order from David’s!

I drank this tea yesterday and then steeped the leaves again this morning! This tea has a spicy taste that lingers and I quite enjoy it. It’s a pretty basically chai, otherwise, but great to drink it the morning to really jump start the day!

(Especially after being out until the wee hours of the morning at a party, if you catch my drift.)

Boiling 6 min, 0 sec
Yours I Like This
6 likes
4 comments
Edit

This sounds really good, I may just have to try some of this soon!

It’s a good one. I find it has a thin body, but it’s quite tasty.

As far as chai is concerned, this one has more to it than David’s ‘pure chai’ but isn’t as flavourful or amazing as the Chai Rooibos (which is amazing). To be honest, I drink this tea for the kick, more than anything.

It smells very spicy and cinnamon-y and tastes that way too. There is far too much cinnamon for my (cinnamon hating) tastes. The mouthfeel is surprisingly light as well, versus how dark the tea is. Of course, I just finished a cup of coffee, so take this with a grain of salt. If you like cinnamon, then you’re ahead of me in liking this tea.
Not bad otherwise, just too much of a kick for me,

A nice spicy tea. Hoping it helps me catch some nice rainbow trout, today is opening day in CT.

Good with milk and honey.

Boiling 7 min, 0 sec
Yours I Like This
4 likes
3 comments
Edit

Good luck with your fishing! Rainbow trout are so pretty!

Jealous fishing is open for you guys! Hope you catch some :)

Alas, I caught a bunch of fallfish but not a single trout. Hopefully I’ll have better luck tomorrow.

It was actually really funny… no sooner did I make this tea then I had someone drop by my office for an impromptu meeting; not only that but I got the comment “You’re the only person I know that drinks tea that smells like one of those nice candles!” I’m choosing to take this comment as a complement to the tea despite the fact that it was a comparison between a wax product and a drink…

I really like the cinnamon and ginger in this, they mix well with the rest of the flavors and leave such a pleasant tingle which warms me up after being out in the weather. I also found that I enjoyed the dry finish today as well, it just tied everything off quite nicely. I still keep expecting a slightly richer mouth feel though, that’s the one detail that always seems to leave me hanging with this infusion… I wonder how that would change if I made this as “classic” chai and steeped it in milk over the stove. Something to try one of these days.

I’ve not had this blend for a few years. I think the roasted mate in here is new since my last cup.

I often avoid anise, but here it works, its black licorice notes giving some depth the ginger and cinnamon. I can only taste the roasted mate on the after taste, where its often harsh bitterness shows up. (I much prefer green mate.) This tea brews up a bit cloudy, probably because of the ginger, but it’s got a lovely spice heat. I like this blend better than DavidsTea other chais — although Saigon Chai is very good — but I’m not much of a chai fan, as I find the tea bases used are often low quality. I drink this one for the stimulant effects, and for that, it works just fine.

oversteeped this one (i’m siiiick and distracted) and it is way more licoricey than usual. Not unpleasant just different. I think I’ll stick to my five minute steeps from now on.

This is actually quite a good chai! I add 1/2c hot milk to my steeper along with the water, give it a little stir and let the works steep for 7 min. Add some raw sugar, or brown sugar after straining and you have one delicious, warm, spicy cup of chai – one that packs a punch, the guarana definitely perks me up.

The only downfall is that the tea is quite heavy, so you don’t get as much for your $. Tomorrow I will try David’s Saigon Chai steeped the same way so I can compare.

Boiling 7 min, 0 sec
Yours I Like This
5 likes
0 comments
Edit