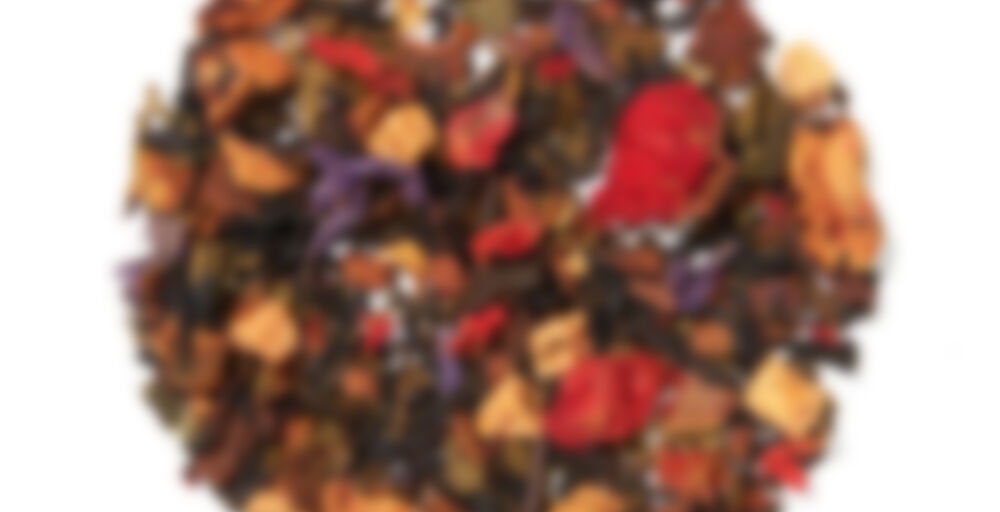 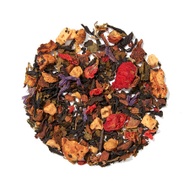 Where we come from, apple picking season is a huge deal. What do you do with an abundance of apples (and a sweet tooth)? You make a mountain of candied apples. Rediscover an amusement park favourite with a sweet apple tea featuring a touch of cinnamon over a black tea base—the perfect treat.

The rich black tea base provides the perfect canvas for this blend.

A pinch of cinnamon perks up the light caramel flavour.

The crisp and slightly tart apple flavour contrasts the caramel-ness.

Not really impressed with this one. I think I expected more caramelly sweetness, but it came off to me as just another variant of apple/cinnamon tea, nothing thrilling. Fine if you like that, but not worth trying if the apple/cinnamon combo is not your favourite.

When I was a kid and we used to go to the fair every summer my absolute favorite carnival food was candy or caramel apples – it just wasn’t a successful fair excursion if I didn’t get one. So, I had high expectations for this because of that strong personal love and connection – but I think they were met pretty well!

This is not a caramel apple inspired blend – it’s definitely much more focused on the idea of a sweet and tart crisp green apple dipped in that beautiful ruby red hard crack candy glaze, but with a pop of cinnamon! The cinnamon is the thing that throws me the most because that’s just not something I associate with the memory of candy apples. However, when I stop to think about it it kind of makes sense to me: without some sort of little twist/differentiation this would just be a sugar and apple tea and that would probably be a little bit plain!? And apple and cinnamon are so naturally complimentary to each other, while also nodding a little bit to candy apples as a Halloween food too in addition to the carnivals/fairs that I primarily associate them with. Also – and I only recently learned this – the first candy apples were made by melting cinnamon hard candies over the apples.

So with the unexpected cinnamon acknowledged and, mostly, accepted that just leaves the apple notes left to judge and enjoy. For me, I think it’s a great apple flavour – very strong and intense in flavour but with this nice balance of sweet juicy red apples and crisp and slightly tart green apples. Really well intermingled with the cinnamon. It would be easy for cinnamon to overpower the apple flavour or make it feel more like a baked apple, kind of like Forever Nuts, but this maintains that fresh ripe apple note instead and that differentiates it from the rest of the apple/cinnamon teas that DT has carried before IMO.

Those red petals are pomegranate petals and, imo, they perfectly convey the aesthetic of the thick red glaze on a candy apple!