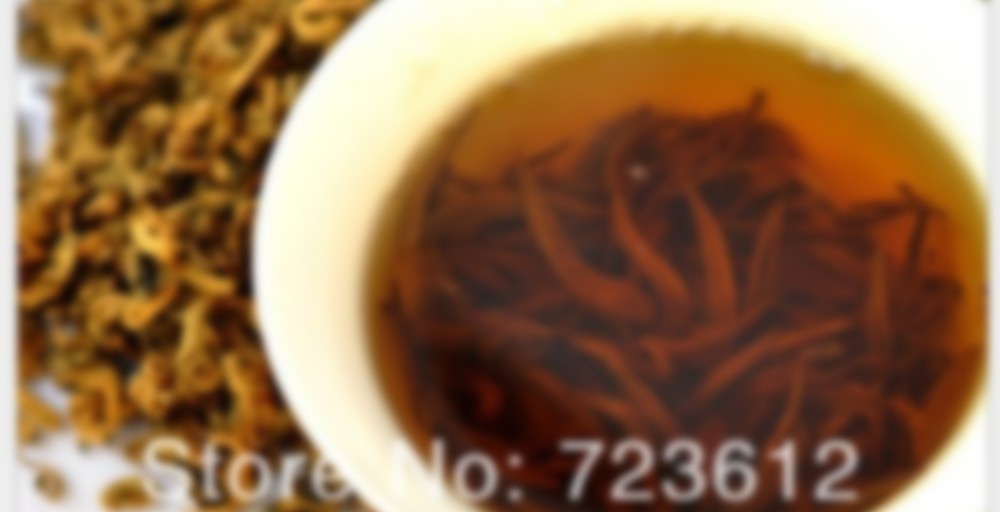 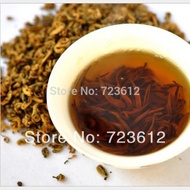 by Han Xiang Ecological Tea
85
You

I tried 1 tsp of leaf in 12 oz water, steeped 6 minutes. This one… well, it smells delicious this way but it’s kinda weak. I’m not sure if it’s because I’m not feeling well and my taste buds are off, or if it’s because I shouldn’t have steeped this tea this way.

It smells rich and carby and a little spicy.

I’ll have to try this one again. Thanks so much for the sample, Dex! The leaves on this one are ultra cute. :)

IMHO I think that’s under leafed. I would use more than that. 1.5-2 tsp/14oz when I’m Western brewing. Then maybe not quite 6 minutes – LOL but whatever works for you. :))

i think it’s under leafed as well, actually. But it worked the other day for the other one I tried, so I thought I’d try it today as well! Thankfully your samples are more than generous so I can play with this a bit. :)

This is a really lovely tea… I’ve steeped it 7 times already in my gaiwan, and it just keeps giving me fabulous liquor.
Roasted carrots, buttered parsnips, and winter squash….savory, but with this really refreshing crispness as the final note. Not bitter or astringent, just crisp and refreshing.
The leaf is gorgeous, starting out curled and tight, unfurling more and more with each steep… the liquor colour is really beautiful, too.
Thank you so much, Dexter for sending me this to try! I really love it! :)))

nom! Cameron B. sent this one my way and this afternoon i had this for a couple steeps. I’m not the worlds most huge fan of snaily tea but i DO rather like this one. it’s sweet and malty and downright delicious! I picked up on honey notes and some cocoa. I think i’d like to pick up more of this in future…if i can handle aliexpress lol

haha.. I keep looking at aliexpress ;)

I was loitering on aliexpress the other day…amazingly, I didn’t buy anything!

This is one of my favorites. There can be some unfortunate sellers on AliExpress, but Han Xiang Ecological is great to work with. I would definitely recommend him.

I agree with cookies, I didn’t have any problems dealing with this seller, and his communication was quite good. :)

soooo if someone WERE to look at this…on that scary place… where would one go?

Two different sizes! Although it seems like the sample size would be cheaper regardless so I’m not sure what’s up with that… :P

I received a sample of this from yyz. Thank you so much.
This is awesome. Fantastic snail type black tea. Sweet, malty, hint of chocolate, smooth, just plain YUMMY!

couple ppl have reviewed this recently. going to need to try it out. I wasn’t a fan of WP’s snaily tea…

Sil – I think this is a lot like WP snaily tea…. I happen to really like the WP version, but the price of this one is a lot more reasonable…

Yay for reasonable pricing! I liked the snails tea from tribute, I think it was that Terri shared…unless it was YS….uh. Yeah… Lol tooo many new teas recently

I’m so glad you liked this one dexter. I like how you can either go with shorter steeps and lower temps and have it be really chocolate rich or higher temps/longer steeps and ramp up the malt.

The first time I tried this I was a little distracted and noticed only the predominant sweet potato and dark sweetness.

This morning’s cup really hit the spot. I’m still getting the sweet potato and molasses, but I’m also noticing some spiciness. The mouthfeel is lovely – has some heft/thickness to it.

This is ridiculously good! Thank you so much for sharing Cameron B! Need MORE of this!!

Inspired me to have some this morning!

Cool!! :D I definitely hafta put an order in.

Trying another tea from Han Xiang Ecological Tea via AliExpress this morning! I’m very happy to have new and exciting Yunnan teas in the house! Some of these may end up going in the cupboard, but I have to try them all first to determine whether or not they’re keepers. I must say, these are very generous samples for only two bucks, especially since I got three baggies of some of them when I was only supposed to get two! Plus free samples! Anyway, this tea. It looks similar to the other biluochun black tea I’ve had (the Whispering Pines version). The little curls are almost all golden, with some little black stripes mixed in. Dry scent is mild and honey-sweet with stonefruit notes.

Brewed, this tea smells strongly of sweet potatoes. Yum! There are also bread and nice sweet honey scents. This tea is lovely and malty with a rich sweet potatoey taste that fills the mouth. Underneath the sweet potato is a nice bready quality that reminds me of light, crisp, crusty toast with honey spread over the top. Near the end of the sip and in the aftertaste, I taste faint stonefruit notes and something that seems a bit floral. Overall, very tasty!

I need to do a 3-way tasteoff between this tea and the Whispering Pines and Yunnan Sourcing versions (as soon as I order the YS one, teehee).

Opening up the bag, i was greeted by the rich scent of cocoa and molasses, which eminated from the pile of golden, downy, corkscrews of the biluochun black tea contained within.

or for better pictures go to the product description:
http://www.aliexpress.com/item/2012-yunnan-dian-hong-tea-gold-screw-black-tea-125-70-pehcans/868995273.html

After an initial steep of 1 minute I had a just deeper than sepia brown broth with a gold a greenish brown ring at edges of the cup, with some bubbles on top while brewing. Future steeps had a warmer honey brown coloured brew with the surrounding ring.

This tea had a scent of cocoa, molasses/ dark honey tone, sweet potato, light spice cinnamon touched with nutmeg, a hint of citrus, a hint of clover.

1 min. Cocoa, floral clover note, dark honey, hint of spice from a smoke/ roasted note, almost an amber tone, which as it cools develops into a tone that when mixed with cocoa reminds me of hot chocolate made with scalded milk. hint of citrus and the brighter tones of malt, slight hint of cooked plum it feels creamy on the tongue.

45s Roasted sweet potato, cocoa, honey, citrus tones of malt, plum, cinnamon, cream. There are stronger chocolate and malt notes, with hints of clover and dark honey/molasses. It feels tingling from spice tones in the front of the mouth. Sweet potato note mixed with cocoa, citrus and plum tones and opens up to a cream tone that blends with the other flavours. this steep is much more tannic than the first one.

This sounds so yummy that I’m getting hungry. Its great when you buy a tea and you like it. i get dissappointed like a baby starting blaming myself. Enjoy :-)

Wow, I’ve never heard of a black bi luo chun before. You make it sound amazing.

Thanks. I’ve had a few. There seems to be something about the processing that seem to intensify the cocoa, but and honey tones. This one is definitely the creamiest and most chocolate rich one that I have had. The others have been less tippy and more malty.

But = but. I don’t really understand why autocorrect changed that;)