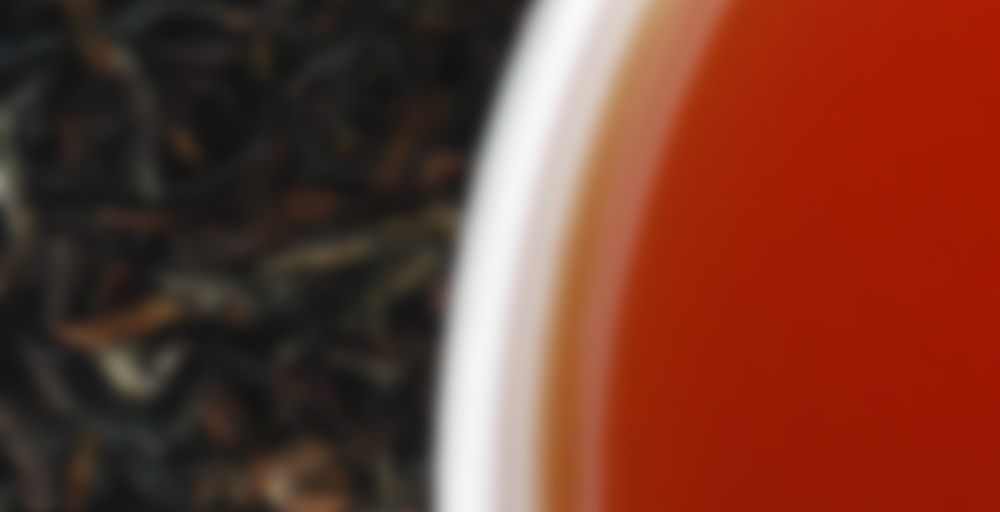 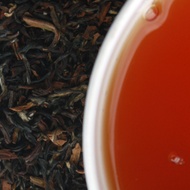 Sikkim is located just north of Darjeeling in India. The only garden there, Temi, does its teas in a Darjeeling style. This is a mid-year tea, so it makes for a dark brew. It is light in body with honey notes. Also there is the Darjeeling “spicy nose”.

I’ve had this in my cupboard for a couple of years now. Can’t believe I’ve yet to log a tasting note for it!

When I was first exploring darjeelings, this was something I picked up along with a cart load of other H&S teas. I found that I liked this as a darjeeling even though it isn’t technically one. The dry leaves are lovely and the steeped leaves are the multi-colored small to medium leaves I expect from a darjeeling kind of tea.

This has a medium body with a lightly sweet smell. Dryness in the background is what reminds me most strongly of darjeelings. I oversteeped this cup by a few minutes and while it got a little bitter, it isn’t undrinkable. I don’t get honey but I do taste the woody.

This is my first Temi Sikkim.
I was hesitate at first since this is a Darjeeling style tea.
I have not quite mastered my way around Darjeeling.
But, upon first sniff, I became quite excited.
The odor of toasted nuts, baked bread and leather come out in the steeped tea.
Taste has a nice little bite, but not too astringent, with some notes of the previous mentioned toasted nuts.
I really enjoy drinking this tea.

Boiling 5 min, 0 sec
Yours I Like This
9 likes
3 comments
Edit

oooh sounds good! esp if you’re not a darjeeling lover, it might be up my alley heh

It is yummy, Sil.
I am not a Darjeeling hater…just have not been able to find my rhythm yet with one.
I blame myself not the tea;)

haha i’ve found a couple darjeelings that work for me, but overall i just never seem to do right by them

The short, twisty, multi-colored leaves have the same sweet, biscuit fragrance I’ve been getting from a lot of H&S teas. This one is dead-on for a Lorna Doone cookie.

The dark copper colored tea has a clean tea fragrance that’s sweet but also has a slight burnt paper quality. The flavor is very mild; it’s light in body and has little to no astringency. There’s a subtle lingering sweetness.

I had this first thing in the morning but I need something bolder to kick me into gear. This would, however, make for an excellent afternoon tea.

The dry leaves of this lovely Darjeeling-style tea range from deep brown curls to fuzzy silver tips. The light spicy notes reveal the Darjeeling influence, while the rich and smooth honey body sets this tea apart from its lemony neighbors. This tea endures well in the mouth, with the rich tea body outlasting the spicy notes. My preference is to drink this tea in the early afternoon and think of distant mountains.
-RA

Just getting into Darjeelings. I sampled this at the H & S tasting room in NYC, then brought some home. I do like it, a lot… it’s on the light, mild side, and is perfect for late morning/early afternoon… plus, I think, better without milk than with. Very pretty pale amber color! And the leaves do have a slightly sweet smell, which is pleasing. It’s really different from the Assams I’ve been drinking (and which I have lots of trouble telling apart… though maybe I will get better at this over time…)—it IS mild, but has a subtle bite (tannic taste?) that the Assams don’t.

One of my go-to morning teas for years. Darjeeling-like with a mild fruitiness, but avoids getting too astringent.

I had some leftover canned pumpkin and wanted to make some pumpkin spice bubble tea, so I grabbed some of this to use as a base. I’m really happy with how it turned out – so pumpkiny! I kept some aside so I could review it on its own. It’s light and a bit astringent. I prefer malty black teas so these fruity ones don’t do so much for me. It’s definitely a decent tea, and I’m sure it would be nice blended with some other ingredients (like pumpkin!!) but plain, it’s not for me.

This is another tea that I have been putting off reviewing for a couple of days. I finished the last of it first thing this morning. That was not a great decision, as I found this tea to be far too light to function as a breakfast tea. I feel that it would, however, work fairly well as an afternoon or early evening tea.

I prepared this tea Western style. I used the exceptionally basic one step infusion process I favor for black tea blends and many non-Chinese black teas. I steeped a teaspoon of loose tea leaves in 8 ounces of 212 F water for 5 minutes. There were obviously no subsequent infusions.

Prior to infusion, I did not pick up much of an aroma from the dry tea leaves. After infusion, the copper tea liquor produced mild aromas of grapes, herbs, malt, toast, dried flowers, and some kind of fruit. In the mouth, I picked up smooth, subtle notes of malt, toast, herbs, grapes, nutmeg, and citrus. It was almost like a mix of lemon and tangerine. There were also hints of apricot and dried flowers toward the finish.

After finishing the last of this tea, I could see why people often compare it to any number of Darjeelings. I noticed, however, that there was not as much separation among the individual flavor components compared to many of the Darjeelings I have tried. Overall, this tea was very pleasant, but it also came off as being very light and I tend to favor more robust black teas these days. It’s definitely one to try though, as it bridges the gap between orthodox Darjeelings and many contemporary Nepalese black teas. Just don’t drink it in the morning. Treat it as a mild, pleasant afternoon or early evening tea.

Tea of the morning, and the last of the samples I picked up from H&S. I was curious about this tea since it isn’t technically a Darjeeling but is done, “in a Darjeeling style”. I am also a fan of Nepali teas which have also been compared to Darjeeling, so I though it would be fun to see how this tea compares.

Teim is mellow with a sweet – almost floral – smell. The taste is also sweet with strong honey notes. Delicious! There is a woody flavor that reminds me of Darjeeling as does the moderate amount of astringency at the end of the sip. A floral note is present as the tea cools, and between the honey and floral flavors I’m reminded of the wildflower honey I once bought at a road side farmer’s stand when I was driving through Texas. This is definitely a pleasing cup.

Yes, there are similarities between Sikkim and Darjeeling teas, but this tea is different enough, and unique enough, to warrant me buying a tin at a future date. This will make a really lovely afternoon tea. In fact, I might have it again this afternoon.

This is one of my favorites. It’s quite inexpensive compared to Darjeeling so it’s a great alternative for making iced tea.

I didn’t even think of iced tea with this one. I bet it’s really good! When I buy a tin of this I’ll have to remember to try it iced.

My internet’s been acting up lately to the point it’s just broken for half the day no matter what we do, so I’ve been a bit AWOL and might be scarce for a few days. Sorry guys.

Had this for morning tea and was taken aback at how sweet and peachy it smelled at the top, almost like the old fashioned Formosa Oolong. Delicious. I didn’t read the copy before making the cup so didn’t know what to expect, and then when I saw the Darjeeling-ish light ruby hue I was like “a ha!” Needless to say it’s right up my alley. A shame it doesn’t resteep well past a second steep, but so sweetly Darjeeling-like while being a little different, with yeah, almost old fashioned oolong characteristics, that I could easily see gulping down more of this. Perfect for early spring when you still want the comfort of the black teas you’ve grown addicted to over the long winter but with hints of something more spring-like, fruity-sweet (indeed, a little musky-sweet; I sense that honey mentioned by others) and floral, lighter. Thumbs up.

Hope you solve your Internet problems ASAP, we like having you around :-)

Oh i really enjoyed this one aswell! Sikkim is an area just north of darjeeling on the border of nepal and chinam so no wonder its “darjeelingy” :)

Aw, thanks TheTeaFairy! Yeah, it was awful all last week and then completely dead a long period this weekend…then as soon as I bothered to mention it and my predicted absence via hard-to-type mobile devices it started working again. Eh!

Dag Wedin, thanks for the info! I wondered…I do love that style. A really good Nepali tea or lovely Darjeeling, mmmm! It’s cool to know yet another source name to keep in mind. (: