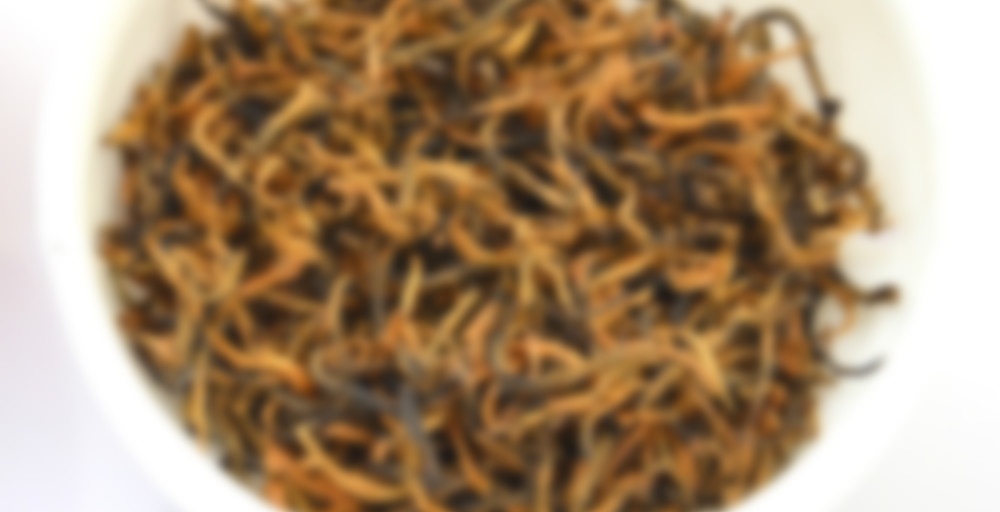 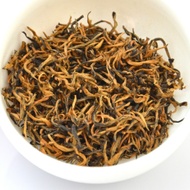 Within Sichuan province, Chuanhong is produced in the mountainous region surrounding Yibin, between Chengdu and Chongqing, just north of the border with Yunnan. The region’s humid, sub-tropical climate and rich soil make it a highly productive agricultural region. The region’s lower altitude, higher temperatures, and fertile soil lend it to the production of roasted black tea, in contrast to the more delicate green and yellow teas of E’mei and Mengding, Sichuan’s two famous tea mountains

Sichuan congou black tea presents a gold hairy appearance with a strong, round and tight strip. It has a shiny dark luster. Endowed with an innate pure caramel-like fragrance, it tastes mellow, fresh and brisk. When brewed the soup looks darkly bright. Its tealeaves are thick, soft and harmoniously red. Ever since its first appearance Sichuan congou black tea has gained a high reputation in the international tea market and has sold well in countries such as Soviet, France, Britain, Germany, Romania, etc. and is thereby considered as an up-rising star of Chinese congou black tea.

When brewed it smells a pure caramel-like fragrance and tastes mellow, fresh and brisk. The soup tinges darkly bright and the tealeaves are thick, soft and harmoniously red.
http://www.jiangtea.com/black-tea/guan-yin-hong-yihong-gongfu-chuan-hong/

This is my 2nd tea from the BBBB, sent by TastyBrew, & it is a Tasty Brew!
The leaves are fine & kind of downy, in shades of grey & tan, with a warm sweet aroma.
I used 2 tsp in my mug, steeped 4 min.
The flavor reminds me of beer a little, kind of a yeasty malty almost hoppy taste, a little caramel, and a mouth filling sensation, leaving my tongue feeling thick. A nice mellow vibe to start the day with!
Thanks TB,

OK, now I created both product pages (although they wouldn’t let me copy & paste the photos from the website), & I’ve written reviews. You & TB need to get on it, pronto!! LOL :D

Next time I’ll try this in my gaiwan, since it has GongFu in the name.

ive added them to my cupboard because you added the products? does that count? haha

Also, i added the teas i sent to the steepster database as soon as i bought them so they were there. heh

So, lets make a rule that whoever buys the tea first has to add it to the database!

sipdown! I’m pretty happy about this one, not because i don’t really like this tea, but because the teabox is on it’s second around with me and i have just finally finished the all the teas that arrived the first time it came to me. I’m not sure i can keep up the pace going forward, but i do like being able to not have things in my cupboard for eons.

This has a bit of astringency to it, but not overly so. It’s somewhere in between a malty tea and a sweet tea…a very mellow tea.

You’re already down to 257? LOL, I guess I’d better get serious. Just don’t forget my ‘tortoise & the hare’ analagy…
Go ahead….take a nap…lol

haha i probably will…have some running around to do tonight now that work is finally over..

Sipdown, 147. Every time it goes down, it goes right back up! Thanks to Sil for this sample.

I’ve wanted to try a Sichuan Gongfu black tea for a while now, ever since I fell in love with Bailin Gongfu and Tan Yang Gongfu, and learned there was another type from Sichuan. I’ve been eyeing the one from Teaspring for a while now but never got around to ordering it, so it’s nice to try this one.

The scent reminds me of Bailin Gongfu… grains and molasses, although more grains than molasses. I ended up brewing it a little strong initially, so I diluted it a bit and now it’s quite nice. It’s not as sweet or honeyed as some of the other gongfu black teas that I’ve tried, but it’s tasty and has a nice dark chocolatey bittersweet note. Like dark chocolate chips in a cookie, yum. A pleasant tea for this morning!

Tastybrew provided this one in our travelling BBB Box. basically it’s 3-4 of us sharing black tea with one another.

Yeah I saw that it had made the rounds with you three. Pretty awesome teabox!

Teaspring’s Sichuan is absolutely lovely. Very cocoa-y. It seems to be a pretty rare tea, though. Most places it’s yunnans, keemuns and fujians all the way with Chinese teas. And I loves me a Fujian black, but I do wish other parts of China were as well represented sometimes.