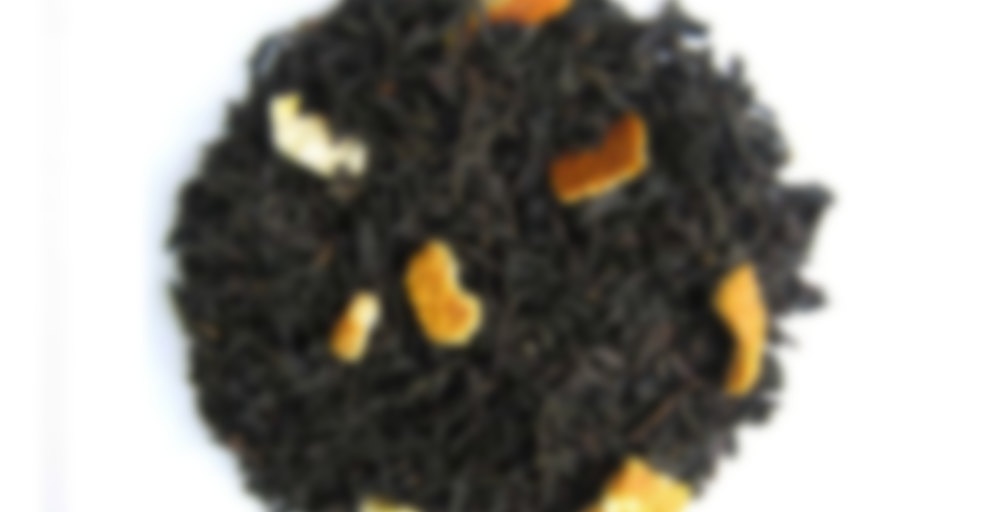 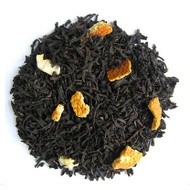 The fresh zest of oranges and the sweetness of chocolate united in harmony. A luxuriously delicious blend that will have you melting in pleasure.

Wow, I’m the first one to rate this!? I will try to do it justice. :) I was really excited to try this tea. Orange, chocolate and cream – sounds perfect to me! The tea smells very sweetly of oranges and cream. Unsweetened, it is slightly bitter, but not in a bad way. Kind of like the way bittersweet chocolate tastes. You can taste the black tea base and the other flavors are kind of mellow. The chocolate is the least noticeable flavor, and the orange and cream comes together in a wonderful orange creamsicle way. This is a really good tea, I would love to get a full tin of it! Thank you for the sample, Sophie and Laurent!

OOOH excited for this one to arrive now. It’s one of the samples i picked :)

Thanks, Yssah! Sil, I hope you like it as much as I do.

luxurious definitely….. strong orange presence that doesn’t overwhelm and carries no bitterness. the chocolate aspect is neither a milk nor a dark…. a very nice cross.

i find myself in an awkward position— i like this but….

i have yet to find a company whose expertise trumps nina’s paris with fruit, berries specifically, red berries more specifically.

i will assume this comes down to personal preference only…. and given the respect i have for this apothecary i do not like to withold numbers based on that.

technically: a very smooth base, a very balanced blend. the orange and chocolate sit at 60/40, respectively in terms of presence…. the cream i don’t detect, but i’m not sure it’s supposed to be a taste so much as a texture. as a texture it is definitely there. i do feel this blend accomplishes what it sets out to do…. it’s just not my favourite nina’s blend is all.

the number you see is what i rank the accomplishment at.

I LOVE Nina’s Paris teas as well. Its like magic how they can get the blends to taste just right.

agreed…. i think i might just be partial to the red fruit is all, lol. that said, they are SO exceptional, i don’t like to hold out a number when it’s not their failure but my preference that’s getting in the way.

Another Nina’s from JustJames! Finally have some alone time tonight to get a headrush from all these goodies, yay. Thank you!

This smells pretty good dry and steeping; it’s light and creamy, with a little more orange than chocolate (makes me think of a creamsicle but with a fresher orange component), all soft and sweet, unlike the fresh-zesty-candy-sit-up-and-take-notice intensity of a Terry’s chocolate orange (and hence unlike Butiki’s Three Friends). The texture is wonderful, so creamy. It really does feel like a well done creamsicle tea to me. There is chocolate but it’s not the intense kind; it’s light and, I keep using this word over and over, creamy. It comes out more in the finished tea’s flavor and nose-right-up-to-the-cup aroma than while steeping. I’ve yet to find an orange creamsicle tea I like or many at all period (I don’t count Butiki’s because of its unique tangerine flavor, which is a plus not a minus but hence doesn’t place it in the “creamsicles from my childhood” category), so this is a pleasant surprise. Everything fits well together and I like how the chocolate doesn’t steal the show from the orange or cream at all, plays just right with it.

i think i smell a new addict….. you can buy from laurent in the us too (no scary shipping)

just for curiosity, do you think it is more of a Katherine or Audrey tea?

haha, great question. hm, not sure. it is gentler and more refined, so in that sense Kate, but on the other hand she was actually pretty sharp (there’s that quote of hers about having an angular face, body, and personality so that she couldn’t help but jab some people, ha). it’s a soft tea, and i guess neither hepburn was soft really. hmmm.

I wondered – I think they must have meant Audrey, but either Hepburn is awesome!

I figured Audrey too, not sure why but I guess chocolate and orange feels like a “young” sort of flavor profile to me, like youthful and bright and girlish, like her persona. Agree wholeheartedly that both are awesome! I keep meaning to make Katharine’s brownie recipe one of these days.

(and funny enough, I think I was watching Bringing Up Baby that night…not planned!)

really? you think of katherine hepburn as softer? posture wise i would say audrey…. but that’s coming from a make up artist. i look at people as canvases so…… ?

I also think of Audrey as softer, Katharine more outspoken and more non-nonsense. But I love them both and think both incredibly classy ladies.

Thank you Nina’s Paris for this sample. I am a huge fan of chocolate and orange, though apparently I don’t have a lot of luck in this department’s flavour when it comes to tea. The loose tea smell of this tea is wonderful! While not quite as orange chocolate as Butiki’s three friends, it’s still a wonderful smelling tea.

Steeped, I really like how teh orange smells – not really artificial at all. And that is where my love ends. The tea is not a bad tea. But it’s not what i hoped for. It’s a really nice blend of orange and black tea, though i’m missing the chocolate. It’s not bitter, and i do appreciate that i can taste the base of the tea. I would for sure drink this again, it just won’t be that elusive must have chocolate orange tea that needs to be in my cupboard. The hunt continues! :)

Tasty tea! It reminds me of the flavoring used for DT’s Chocolate Orange only this is used subtly so that the tea base can work with the bright citrus and creamy decadent chocolate. :) I would say the chocolate doesn’t taste all that authentic, but it is not unbearably fake. I am a bit of a chocolate snob so it might just be me. :)

Steep tea has a bit or orange rind flavor (nice and authentic here) and still a bit or creamy chocolate, but mostly it just tastes like tea. And not a bad black tea base either. :) Worth a second steep.

Thank you for the sample!

This has been on my wishlist for a while, so I was delighted when JustJames sent me this.
I’ve had orange spice teas before, and I realy like them. But I’d never tried anything like this before.
It tastes like one of those chocolate oranges, though the chocolate is almost subconcious. If I focus, I cant taste the chocolate, but if I relax, the chocolate orange just waves over me. Delicious.
Well, this has decided it. I’m going to keep this on my to-order list. Yum.

what a beautiful line! sub-conscious chocolate… so glad you enjoyed it =0)

It’s been a while, Steepster. I had one of those colds that never goes away and drinking tea had been mostly useless. But I am back now. I think. Unless that evil evil cold comes back.

I think this may be my favorite of the Nina’s Tea samples I have tried. Chocolate orange is one of my favorite combinations and this one was very good. I have had one other chocolate orange blend before (Three Friends from Butiki) and I am still trying to figure out which one I liked more.

The orange flavor of this tea was very nice. It was not at all artificial and worked well with the chocolate. It smelled and tasted like orange zest…and that’s really the only part of the orange that I like. The chocolate really didn’t show up until the end of the sip. It was a nice cocoa flavor. I really didn’t get very much cream flavor at all but I really didn’t miss it. The base was also pretty tasty. It had a nice kick of astringency that cut the sweetness nicely.

Thanks to Laurent for the sample.

Aaargh! Why do there have to be so many I want to try???

Well, this the third and last sample I requested from Nina’s Paris. I saved it for last because I liked the idea of an orange chocolate tea, which I’ve never drunk before. But because no set instructions were given (for any of their teas, for that matter), I think brewed this tea incorrectly, unfortunately.

Anyway, the dry leaves – which look pretty due to the presence of several pieces of orange rind – smelled of yummy orange cream. Wet, they smelled of the base tea, which is a strong black tea. I knew then the flavor would be strong as well. The aroma of the tea itself smelled like that of the orange chocolate in the shape of orange (the one that you bang on the table and the slices come apart – man, I miss those!).

The liquor is clear and reddish brown. As for the flavor, the base tea is very strong – too strong. It overpowers the orange and chocolate, which don’t appear until the aftertaste. And even then they are kind of weak. I guess this tea isn’t for me.

But much thanks to Nina’s Paris for their willing to send out samples!

First sip down in a while! Had a cup of this yesterday and it was good, but today’s cup isn’t fantastic. Maybe it’s a symptom of the bottom of the bag dust. I do love this tea, but I’m feeling like there are other orange flavored teas that I’d prefer having in my life. I’m cool with saying goodbye to this one for a long while.

Hmmm, so my taste buds must be dead because I don’t get any chocolate or orange from this one. Or cream. All I get is a heavy black base, which is kind of nice actually, but not at all what I was expecting. I can smell the chocolate in my cup, but I don’t taste it at all! And I have no idea where the orange went.