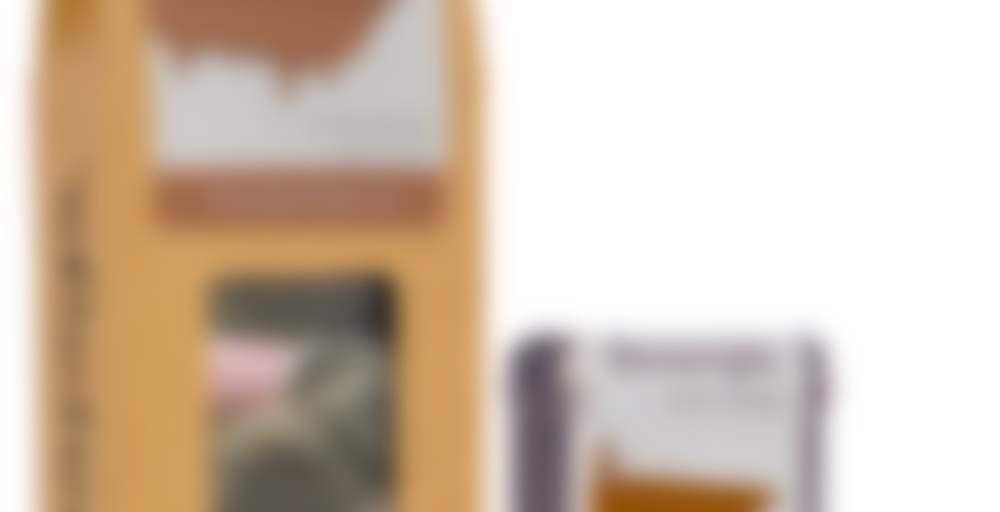 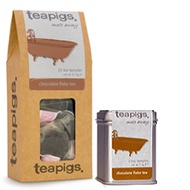 When we think about how many times we’ve dunked chocolate biscuits into cups of tea it’s surprising no-one else has ever thought of this before. Tea and chocolate. Together. In one cup. A partnership so perfect, it belongs between the pages of a Mills and Boon novel.

Compare the large leaf in our tea temples to the dust in your regular tea bag; whole leaf is best.

Try it:
With milk. Or maybe a little cream?

Good if you’re feeling:
Difficult to please, you know, when you want everything and you want it now, like wanting the taste of chocolate but without the calories?

To buy our chocolate flake tea online, select the quantity of temple teas you would like and then add to basket.

Brewing Instructions:
One tea temple per person, infused in boiling water for at least 3 minutes. Don’t rush – just relax and watch the leaves unfurl and the chocolate melt.

Sipdown! (211) I brought home a few of my teabags from work since i hadn’t been drinking them. This was one of the teas. Now that i’ve had a vast number of other teas, this one doesn’t taste nearly as good as it did previously. Ah well…the search continues for my chocolate tea once my MF tea is gone.

Chocolate Flake. I’ve had this a number of times previously, but have somehow always managed to avoid logging it. Anyway, it’s an assam base, with cocoa beans and chocolate pieces. It smells deeply, darkly chocolatey, with an equally deep background of strong, malty tea. Assam has always been one of my favourite black tea varieties, so I generally always enjoy this one. I’ve found the key to developing the chocolate flavour (and avoiding the watery hot chocolate taste) is to use a smaller cup than usual, so that’s what I’m going to do.

Anyway, enough of my ramblings. I find this a pretty subtle tea, certainly not as chocolatey as 52Teas Double Chocolate Decadence, for example. I don’t mind that, though, as it’s quite versatile in return. It smells and tastes very chocolatey black, but mellows with milk into a flavour more reminiscent of chocolate digestives. The assam is a pretty dominant flavour, too — it’s certainly not beaten down by the chocolate. Instead, I can initially taste the strong, malty base, and then the dry, almost powdery cocoa flavour.

This is definetly a pleasant tea. Perfect for times when I want something more indulgent than a plain black, but not too rich, overly flavoured, or fussy. As much as I enjoy this, it’s been a staple in my cupboard for a while now, so it’s probably time I took a little break from it so that I can come back refreshed. I can’t see it being a long break, though. It’s too easy to drink for that!

A little room temperature air does this good. The more I sip this the more I like it. For a more lengthy review…check this out…
http://sororiteasisters.com/2010/08/04/chocolate-flake-tea-from-teapigs/

Yummy! This is so good. Rich and chocolate-y!

This is one of the best chocolate teas that I’ve come across. The chocolate is smooth, rich and delicious. It doesn’t come across as too sweet, and there is a slight bitter cacao note in there too. It reminds me of one of those fine chocolates you might taste at one of those fancy, expensive chocolate shops!

PS: Thanks to TeaEqualsBliss for sending me this! I loved it!

I love how lightly chocolatey this tea is. Seriously, when you smell it you think its going to be super super chocolatey but it isn’t -and I’m actually okay with that. There is a slightly bitter note to this, but bitter in the extremely expensive dark chocolate way. If that makes sense. It is a smooth tea, and (at least to me) tastes just slightly spicy. I’m not a huge fan of of extremely chocolatey teas -I’d rather just have a hot chocolate. But I love this one for just that reason. It doesn’t taste like a poor imitation of hot chocolate, it tastes like a nice tea with a smooth dark chocolate note and slightly (in a good way) bitter undertone.

Boiling 4 min, 0 sec
Yours I Like This
4 likes
1 comments
Edit

Even though I wasn’t thrilled with this tea when I first tried it, it’s been my choice for an morning or afternoon cup. I’ve really been enjoying it with a splash of milk. The tea base isn’t terribly strong and is a little bit on the weak side, but it seems to work with the chocolate flavoring. It’s strange because on its own, the chocolate is more on the bitter, darker side. With milk, though, the chocolate seems to be more between a milk and a dark.

Even though it’s not my most favorite tea in the world, I would add this to a future order. It’s a gentle and sweet cup that’s very drinkable.

Thank you KittyLovesTea for this!

Dry, the leaves have an appealing roasty, chocolaty aroma. Steeping, it smells almost as if there’s a cake in the oven!

I tasted it at 3 minutes and there was a definite cacao flavor with a sweet aftertaste, but I left it in for another 2 minutes to see if it would enhance it at all. It seems only the black tea flavors were strengthened, and now unfortunately the chocolate is a bit lost. 3 minutes seems to be the sweet spot for this one.

Added 1/2 teaspoon sugar: astringency is toned down, but the chocolate isn’t much more prominent.

Added soymilk: even less astringency, but chocolate flavor is still quite subtle.

Overall, I think it has promise – it’s like a deluxe version of the black breakfast teas I have every morning. I’m a big fan of roasty/baked flavors, which this tea has in spades. Luckily for me I have several more servings of this to play around with :)

Another Tea Pig from my mums tea cupboard. I just finished work and could really do with a chocolate bar right now and while my stomach agrees with me my head is saying “but think of the calories” so instead I chose this chocolate flake tea.

Colour: Reddy brown with a golden glow.
Smell: It actually reminds me of dog chocolate (chocolate that smells more powdery than sweet).

Taste: (Oh please take this chocolate craving away). I can taste cocoa which is again a powdery sort of taste but it’s very subtle. Not sweet or sickly like some chocolate tea’s can be but for me it’s not sweet enough. I don’t want to put more sugar into my tea because thats more calories I could do without. It is bitter as others have mentioned which is probably the black tea being a bit stronger than the cocoa taste. Granted that the more you drink of this tea the more cocoa you can taste and it starts to taste more like a cocoa powder drink just missing the milk rather than an actual tea.

It hasn’t taken my craving for chocolate away but honestly I don’t know if anything other than cocolate could. So instead I have some Diet Chef chocolate chip biscuits to dunk into this to A make it sweeter and B give me the chocolate I crave.

Oh well Tea Pigs, you can’t win us all.

I’m a HUGE fan of chocolate. The richer the better, chocolate is my one addiction, something that I can’t really live without. Though there are some places where chocolate seems strange. Yogurt was the first one (stracciatella yogurt is really strange) and later tea. I had already tried a chocolate tea about 10 years ago that failed to impress me, but still I had to give this one a try. The verdict: well, if there’s chocolate in it, it’s very very mild, It just tastes like a regular black tea… no oomph to give it a push. That settles it: this is definitely not my cup of tea.

Good strong black tea, with more of a taste of vanilla than chocolate. Smells a bit strange with a sickly aftertaste. Not really for me, but can see why others may like it.