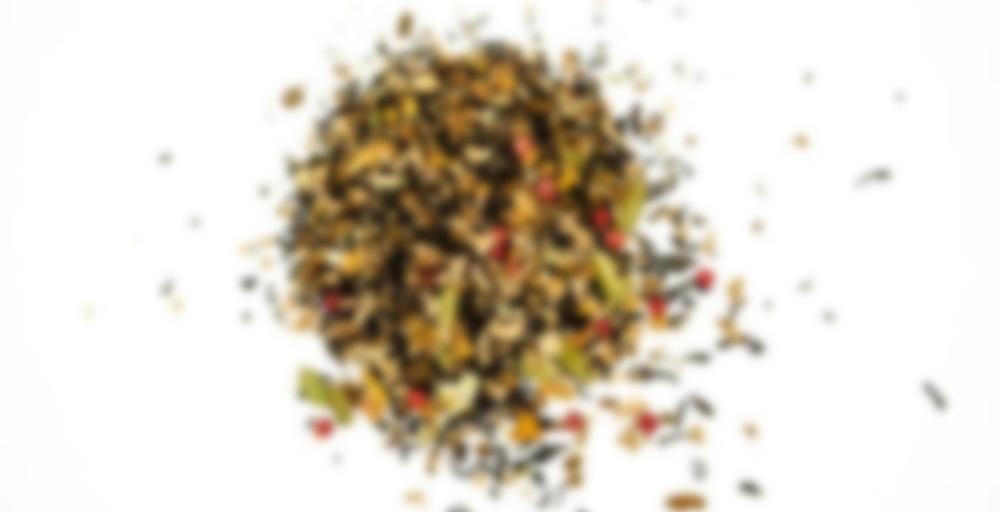 by Turmeric Teas
78
You

A flavourful blend of assam tea with cinnamon, ginger, turmeric root, cardamom, and black and pink pepper corns to help energize your day.

The turmeric trend continues to find its way into my Sips by box.

I love the way this tea smells. Turmeric and cinnamon take the lead in the aroma. I see a very large amount of cinnamon chips and ginger root, but also some unusually big cardamom pods that have been sliced in a + shape. I guess that’s to help release the flavor.

Since I only had 4 teaspoons of this tea, I didn’t add milk. I use a 24-ounce tumbler, and I was afraid that it wouldn’t be strong enough. I was right, I believe. The flavor is just fine without the milk. Turmeric takes the lead, with ginger and cinnamon next. I really like the cinnamon they used. Reminds me of a snickerdoodle. However, I think I just don’t love turmeric. I find it kind of medicinal and off-putting. Like ginger’s ugly cousin. It leaves me wishing this was a regular chai, because if it was, it would be perfect.

EDIT: This turned the inside of my tumbler a gross shade of yellow. I hope it washes out easily…

I’m not a fan of turmeric in tea, either. It’s a bit too earthy or something.

Finished this one up today/yesterday? one of those days. Seriously overwhelmed these days but happy and healthy, so no complaints there. Sad to see this one go – i’d drink it again for sure since it’s a tasty sort of chai and the additional of turmeric made it a little different than your usual fare.

I made an extra large cup of this for me, and one for a friend at work. Holy teamus half the package is gone! It felt like there was a normal amount but I need to see what the package says because it occurred to me after I’d put it away and we were off to host an event.
The tea was good though. A bit oddly sweet, it took some getting used to, but once I did? oh yes I was craving more. Not for the taste…but the euphoric ride! eesh. I was in a happy place. To be honest, I was in a work zone, since I had a bunch to do and not much time. So yeah. A better review next time.
Also. My coworker, who was fighting a cold finished it in maybe 15 min. He says it was good!!

Sorry that I missed that counter at the tea festival. It was always crowded. But euphoric ride! Sounds heavenly.

They seemed to do really well! I couldn’t get in at all on Saturday. Only because I was around all day both days was I able to find a quiet moment to slip in! I’ll save some for you to try :)