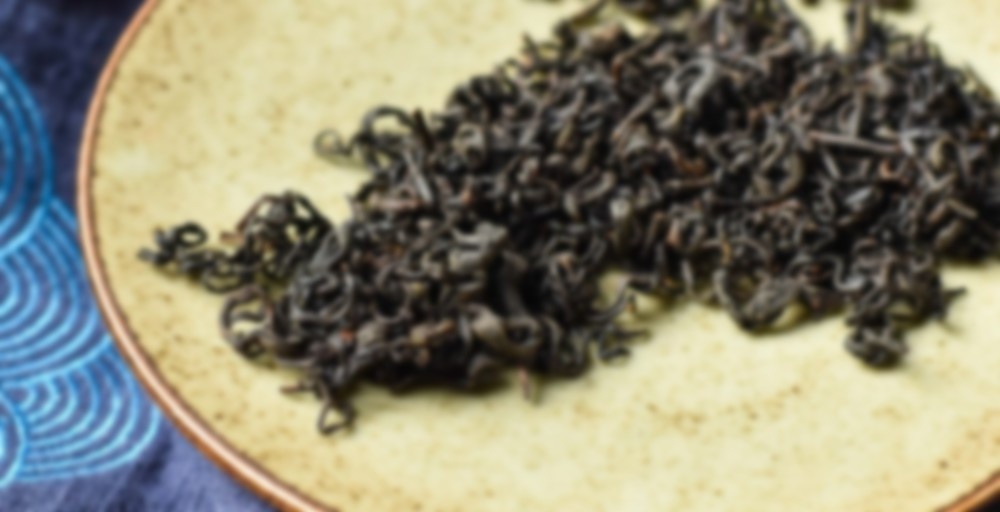 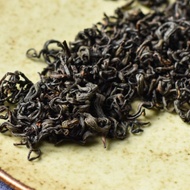 This tea is one of Mr. He’s special projects, carefully crafted with hand-picked smaller buds and oxidized in the sun over three days. The Autumn 2016 harvest is precious: with the particularly cold & harsh winter this year, the He Family lost about one third of their tea. These plants spent the summer recovering, and despite the lower yields still this fall, the He family has dedicated an early portion of the harvest to this labor intensive small bud black tea. The result this season is very light and delicate, with long lingering sweetness. The fall harvest has an almost milky or malted milk profile, with a much more mellow version of Laoshan Black’s classic chocolate notes.

First go was gongu with 2.5g, 60mL, 190F, no rinse, 8 steeps at 12/20/30/40s and 1/2/3/5m.
I just could not pull any significant flavor out of this tea prepared gongfu. It was nice and light with a taste and consistency of thin rice milk with some chocolate, an undertone of raspberry and subtle high notes of vanilla and honey, all drizzled on a slice of almost-burnt wheat toast. The raspberry devolved into a generic sourness. In my attempt to extract more flavor, I increased the temperature to 200F in the third steep but that turned the tea quite astringent, so back down to 190F.

I decided to do a western brew with the remaining amount. 2.5g, 8oz, 190F. Two steeps based on color. The wet leaf after the first steep smelled very strongly of raspberry and chocolate syrup. The aroma of the liquor was similar albeit lighter. The tastes were basically the same deal as gongfu but with the loss of the high notes. There were additions of mouth-watering minerals, a lingering sweetness and astringency in the throat and a very light minty effect that opened my sinuses. Definitely enjoyed it more this way. It tasted very clean. Western was the winner preparation for me.

I do not have too much to add to this note other than it was a good, mega savory Lao Shan tea with some nice herb notes at the end like sage. It had a lot of cocoa and toasty notes, and it had more fruity notes to prevent anything vegetative from happening. It could barely get bitter, but it was never astringent.

Here were their descriptors which some might agree more with especially with the toasted rice. The others like apricot and vanilla were ones that I could see, but were personally subtle.

I honestly would not say no to another offer, but I would get this one in small batches to savor due to its price. I’d recommend it anyway for Lao Shan lovers who might be able to discriminate more than I can on it. It would be appealing more to intermediate new drinkers, and a decent but not guaranteed converter for those who want to drink teas straight.

I’ve been having my friend over a lot lately for tea. Ever since I had taken him to Columbus, twice, where we have had tea with friends, he has had a better understanding of the tea community. Like myself, he finds it intriguing that, despite many backgrounds/interests, we are often able to sit together and enjoy a few cups of tea, while respecting each other’s differences; meanwhile embracing them, respectively, too.

Anyway, we started on the Laoshan sample (graciously received from Hoalatha a few months back) this week. He had taken a fair amount of notes throughout the session (being a few teas), so I’m using them for my reviews….

Notes: Minty, but mostly rich/smooth/creamy chocolate. Similar to eating chocolate after having had brushed your teeth.