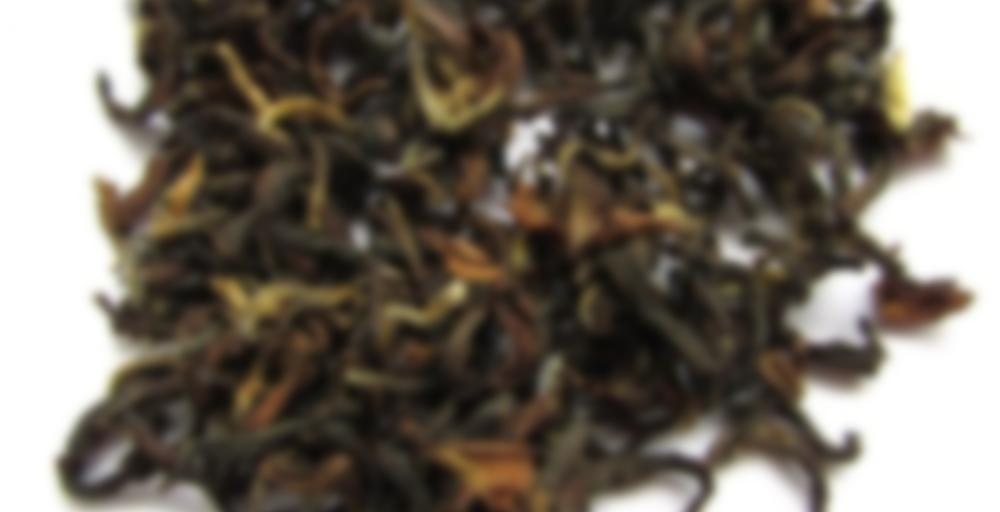 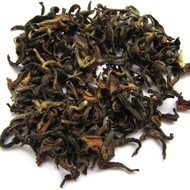 A hand-rolled tea produced by Jun Chiyabari exclusively in the winter flush, it has a smooth texture with sweet and zesty floral stone fruit notes

The dry aroma is of hay, chocolate, roses, and stonefruit. The aroma from the cup was so enticing that I sipped this while it was still really hot and now have a slightly burned tongue. The dark chocolate is very prominent, followed, in order of detection, by peach, apricot, nectarine, honey, tangy dried fruit, citrus, rose, cannabis, herbs, wood, smoke, orange blossom, hay, malt, minerals, tannin, cream, and roasted almond. As it cools, the muscatel, stonefruit, and citrus notes become more apparent in the tea and in the aftertaste. I also see how people are getting cherry from this. The second steep is almost as good, featuring fewer of the fruit and chocolate notes and more of the malt/tannins/hay. I get autumn leaves and more astringency.

I was blown away by this tea as soon as I tried it, burned tongue notwithstanding. I immediately tried to find it on the website, only to learn it was out of stock. This is one of the best Nepalese teas I’ve had and one of the highlights of 2020.

I hope you find some eventually! Fresh Jun Chiyabari is the best.

I can imagine that fresh Jun Chiyabari is fantastic if it’s this good two years after it was picked!

YES in my experience Jun Chiyabari loses flavor the fastest of any other tea, so this tea must have been impressive two years ago!

I’ll have to put buying fresh Jun Chiyabari on my list of tea goals for 2021—or maybe 2022 since I have a lot of tea to get through.

I’ve had this tea for a while and it didn’t get worse over time or lose pungency as far as I can tell. In fact, I probably liked it most when it was 1 to 1.5 years old. I think it’s mostly the teas that are processed similar to white teas or FF Darjeelings that tend to deteriorate fast and lose a lot of their complexity.

Togo, I’m glad to hear that. I think around two years is the maximum amount of time that Indian teas keep their freshness. My 2019 SF Rohini Gold Buds is starting to lose its oomph, although it’s still very good.

I have recently tried two Korean Balhyocha teas (which certainly doesn’t cover such a varied category at all), and this tea reminds me of them, at least when sniffing the dry leaves. However, Winter Special soon shows that it is indeed special. The pronounced and complex profile blends floral, fruity, spicy, and woody aspects into a delightful mix. It is a very fragrant and full bodied tea. In fact, I am tempted to say that it’s the best one from Jun Chiyabari I have tried to date, although with the consistently high quality they produce, it doesn’t have weak competition. One thing is for sure though, I will be bringing this tea out for special occasions.

The liquor has a good bitterness and mild astringency, but a soothing mouthfeel. The texture is thick, bubbly and very active. As I pointed out already, there is an explosion of flavours, from star anise, rose, and orange blossom, all the way to grapefruit zest, cherry, and brown sugar. Aftertaste is incredibly long and fragrant with a colling sensation in the throat, even though the tea is warming the whole body.

Words can’t do this tea justice at all, try it for yourself!

Hihi. Moving through my oolong stash. Another one I prefer brewed gongfu. This one does do well with shorter and longer steeps.

I didn’t look at the reviews for this Nov 2017 harvest until I did a few sessions. Given eastkyteaguy’s thorough review, I don’t think there’s anything to add in terms of aromas and tastes. My general overview: this is a very chocolate-dried fruit fragrant tea with similar, complex tastes. If it just had more texture and body for my preferences, I’d buy this again with no hesitation. But if those aren’t things you specifically look for in tea and you like some light bitterness and slight astringency that produces tongue tingles, I’d say go for it, you won’t be disappointed in its complexity! It really does have a great flavor profile and offers a delayed returning sweetness like a dark muscovado sugar. It’s a very mellowing tea when had first thing in the morning on an empty stomach, and in the evening, I’ve fallen asleep within an hour of a session.

This was the first of current month’s sipdowns. I wanted to start February off with something a little different, so I went through my What-Cha hoard, found this tea, decided that it had been far too long since I had reviewed an oolong from Nepal, and then immediately tore into it. I found it to be a near excellent Nepalese oolong, though I found the body and texture to be lacking at times.

Prior to the rinse, the dry tea leaves produced aromas of hay, malt, chocolate, roasted almond, raisin, and prune. After the rinse, I detected new aromas of roasted peanut, wood, brown sugar, and blackberry that were accompanied by subtle touches of tobacco and cannabis. The first infusion introduced aromas of anise, violet, candied orange, Muscatel, and honey. In the mouth, the tea liquor presented me with notes of honey, malt, roasted almond, cream, prune, raisin, and wood that were chased by hints of brown sugar, tobacco, chocolate, Muscatel, and butter. The subsequent infusions brought out aromas of rose, cherry, celery, plum, orange blossom, butter, cream, and vanilla that were accompanied by some smoky accents. Hints of hay, cannabis, roasted peanut, blueberry, and anise came out in the mouth along with belatedly emerging notes of candied orange and violet. I also picked up some hints of smoke, black raspberry, and popcorn as well as more dominant impressions of minerals, nutmeg, rose, vanilla, orange blossom, cinnamon, cherry, plum, and celery. As the liquor faded, I primarily detected notes of minerals, malt, wood, cream, roasted almond, and vanilla as well as stronger roasted peanut and hay impressions. There were also some fleeting hints of Muscatel, tobacco, cherry, plum, black raspberry, raisin, popcorn, nutmeg, and butter lingering in the background.

This was a strong and incredibly complex Nepalese oolong with a gorgeous mix of aroma and flavor components. I just wish that the body had not struck me as being so thin and the texture of the tea liquor had not seemed so lifeless in many places. One of the greatest things about Nepalese teas is the little bit of sharpness their liquors display, but I did not get much of that with this tea, and quite frankly, I found myself missing it greatly. I, however, did not miss that characteristic enough to score this tea less than 90. It was still a fascinating tea with a tremendous amount to offer, so I could not justify abstaining from giving it a high rating. If you are looking for an incredibly complex and satisfying Nepalese oolong and do not mind a couple slight imperfections, then this would be a tea for you to try.

Good frick easteaguy, we would probably restock the same selection of teas if we were to ever swap because you added this one first.

Well, this oolong is certainly special. Although I would easily re-order all of the teas I got in this recent order, and I am staving off drinking them down to keep them as long as possible, this one has a special place out of most of them so far. I expected this tea be something similar to a Darjeeling or an Oriental Beauty, but there is more to the tea than stonefruit notes, muscatel red grape notes, and slight woodiness.

First off, the dry leaf scent is amazing. Autumn leaves, honey, fruit flowers, fried rice, and butter was what I got. Drinking it, this tea had the nectarine-peach-apricot note that I’m used to from Nepal teas, but it also was brimming with the scent and the taste of bee pollen mid-sip, and ever lingering in the honeyed thick aftertaste. They combine so well with a slight and pleasant dryness in the mid sip to be finished off by honey sweetness. The color was amber, and so that was the color of its energy….whoah…shades of gold displayed naturally …Again, that bee pollen note makes me think I’m drinking a sunset on an orchard in the spring, or even a sunset in the fall with the trees aging and the fruit ready for harvest. This really should be a fall tea because of its autumn leaf qualities, and it is the kinda tea that you read a book near an ornate fireplace, but the bee pollen note….it’s so good.

If only this were not one of the pricier ones. Obviously, this tea ranks as a good one if it gave me synesthesiatic visions. A part of me preferred this to the Bouquet because I could drink it any time of year with its sunny bee-pollen notes, but the Himalayan Bouquet did have some of my favorite notes in a greener oolong without the grassines… Anyway, I deeply enjoyed this one, and I recommend it more for tea snobs, or for someone that you can see turning into one because it is that seductive.

Seductive is a good characterization.