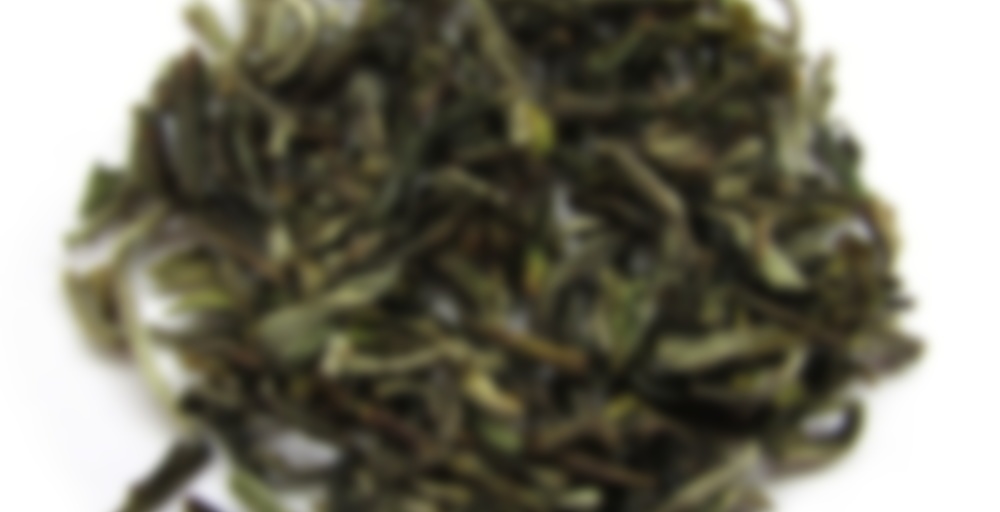 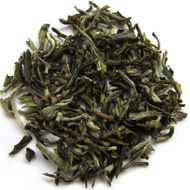 Another delicious tea from Jun Chiyabari! This one hits all the right spots for me as far as Himalayan FF teas go. It is complex and very well balanced with strong flavours lingering for a long time and a silky, thick liquor that induces a numbing, tingling sensation in the mouth.

Daylon R Thomas and eastkyteaguy have analyzed this one in great details, so my notes will mostly repeat theirs with an emphasis on the ones that seemed the most pronounced in this particular session of mine.

Starting with the aromas, I would pick out butter, fennel, and grass from the dry leaf bouquet. wet leaf smell is incredibly floral, reminiscent of lily flowers and thyme. The taste is very crisp and has notes of orange blossom, celery, green pepper, pine, and a lingering lemon flavour, complemented by nutmeg, apricot, and butter in the aftertaste.

This was one of my sipdowns from April. I finished what I had of this tea a day or two after I polished off the last of the Jun Chiyabari Himalayan Tippy Black Tea that I also bought from What-Cha. Like so many of the other Nepalese teas that What-Cha offers, I found this one to be an incredibly strong offering.

I prepared this tea in the Western style. After a quick rinse, I steeped 3 grams of loose leaf material in approximately 8 ounces of 194 F water for 5 minutes. For the session detailed in this review, I did not conduct any additional infusions.

Much like the other first flush Nepalese black teas I have tried, this tea was very similar to a first flush Darjeeling black tea in terms of both aroma and flavor. What separated this tea from some of those teas for me, however, was its lovely and consistent floral aromas and flavors, the thicker, silkier texture of its liquor, and the more limited bitterness and astringency that it displayed. This was a tremendously enjoyable first flush black tea overall. I imagine that fans of first flush Darjeeling black teas and Nepalese teas alike would be into it.

Jun Chiyabari is officially one of my favorite terroirs, and I had to get this one for the natural citrus notes. The first time I had it was while I had conjunctivitis and some post nasal drip, and the slight acidity helped cut through the mucus and reignite my taste buds. Before I get too ahead, I’ll describe it by aroma and flavor.

The dry leaves are very pretty to look at. There are greens, blacks, small amounts of auburn, and lots of hairy silver. I would have that this was a black and white tea blend, never mind the better comparison is to a first flush tea. Smelling it, there are some hay and grain notes accompanied by the orange blossom and a savory pastry note. It kinda reminded me of sunflower or sesame seeds, but more so, like a buttery croissant….I know, pretentious.

Anyway, the same can be said after 2 minutes brewing it western. The citrus is more pronounced, but it still has the savory butter quality it had before. Tasting it was the nice part. The first thing I taste is the actual texture, which was smooth and (you’ve seen me use this adjective way too many times) creamy. The notes immediately come in as the floral orange blossom, , and it ends with grains and savory honeysuckle.

The same notes could be said in the second steep right now, but after the orange blossom, there was a citrus peel hint closer to lemon peel than orange. It was a little sour, but very pleasant and still as soft and smooth as ever. Did I mention that the citrus taste lingers on the tongue?

I’m only on steep three today as it is a sipdown, but I got as many as six cups when I was brewing it western. This tea has some good longevity, and the later steeps become softer and more of a white gold yellow, but the taste becomes a little creamier with the same orange blossom and citrusy profile. I kept on thinking of vanilla, albeit faint and perhaps confused with the lemon peel or even lemon grass as it gets creamier.

As you can tell, I deeply enjoyed this tea. It is very brisk as a black tea, but also very bright and on the lighter end of the spectrum. Like anything that resembles a first flush, the notes make me think more of oolong and white tea notes, especially the white tea like dryness, but it has enough body to make the drinker think black. Or those who have a brain and experience think black, but more so think of where the tea actually comes from.

I’d highly recommend this one to first flush lovers and white tea lovers. I think that the profile is sweet enough as a tea to welcome someone into enjoying straight teas, maybe with some lemon or sugar if they are not so easily converted. It is also very easy to drink. This is also a good fit for more experienced drinkers. The might want a little bit more complexity although this tea does not lack nuance. Either way, I might get an ounce to savor myself if not more. I personally would not drink this one super often to enjoy it once a week at minimum. I can also see myself drinking this tea season round, though I’m impressed with how much I enjoy it in the summer.

I have only tried one tea from Jun Chiyabari and I was impressed. I can’t wait to try more of their offerings.