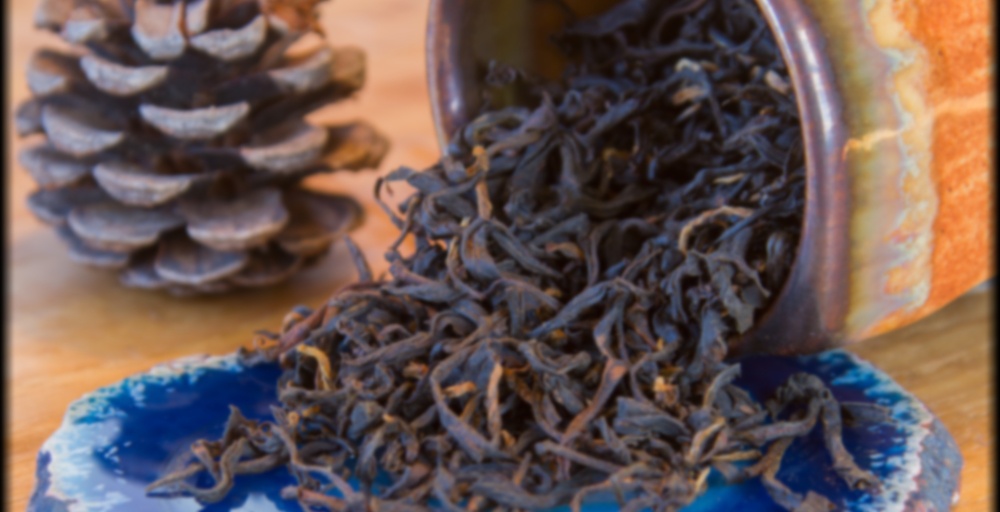 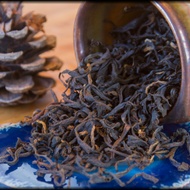 by Whispering Pines Tea Company
82
You

After seeing Evol Ving Ness’s tasting note I remembered I had this one unopened in the tea drawer and decided to brew it up. For some reason I was expecting something smoky. This is not smoky. It is black licorice (I love black licorice, but only a couple of pieces, because it quickly becomes too much) I saw some reviews that said it was bitter and astringent, but I am not finding it that way.

For someone without a sense of smell, this has a definitely anise flavor. The sip ends with a slightly sweet note. The flavor, for me, was enhanced as it cooled. I enjoyed it very much. It might become a little much if I have more than one cup at a time. As with black licorice, a little bit goes a long way. But this one will go into the regular rotation.

I am so pleased that you are enjoying this tea. I feel somehow personally responsible that you opened the packet and began the journey with it just now. So yay!

The aroma of the tea while steeping is divine fruit richness.

I don’t know where the anise has disappeared to. Maybe age has turned it into malt and fruit. Or maybe there wasn’t any in my spoon.

It’s a damp gloomy day out there. Perfect for something like this.

Starting to feel that it’s time to begin to bundle up.

I have this one but I haven’t tried it yet. Based on your tasting note, this one will be had tomorrow!

Quite delicious. That said, I am still drinking it a day later, and I find the intensity of flavours a bit much. As good as it is, for me, this is a from time to time tea.

Mady Barone, I look forward to hearing what you make of it.

Eek, Maddy. Sorry about the typo/autocorrect.

No worries, Evol I am drinking a cup now. It’s not exactly what I expected.

Tea is often surprising that way. :)

Yeah, I find it delicious delicious and then suddenly, it’s too much.

I’ve been drinking up the last of my favorite teas that I’ve been hoarding lately and I am so sad to see the last of this one go. I didn’t like the taste of black licorice when I was younger, but I love black licorice candy now and this tea smells and tastes like black licorice candy and creamy anise cakes (with that almost minty edge that black licorice has) with a toasty warmth from the black tea. It’s magic and is so deeply soothing. I feel like it calms down my fibromyalgia pain just a little (or else warms my heart enough to take the edge off). Definitely candied and dessert-like, but also grownup and complex to me. I think it’s safe to say that you’d have to actually enjoy the taste and scent of black licorice / anise to enjoy this, but it’s heaven if you do. A very unique dessert tea that makes me happy. I love the strong flavor and beautiful, deep gold shade of this tea.

I adore this tea. It’s a little on the thin side and missing a lingering aftertaste but it makes up for that with its clean, dark and seductive waves of black licorice, star anise and concentrated red cherry aroma and taste. It has just a hint of bitterness and astringency that mingle with the sweet-sour taste. I like to do two western steeps.

The base tea is Whispering Pines’ Ailaoshan Black which I also adore and have ordered over a few seasons. It tends to be a light-bodied cookie-wood-dark fruit tasting tea to me. This Cheshire Black is from 2017 if I recall correctly and it seems that the base tea has matured, really bringing forward a red cherry aroma and taste. To me it is not a medicinal cherry; rather it is specifically reminiscent of cherry Jolly Ranchers candies. The star anise has lost its sharp edge since I bought this batch but it is in no danger of fading away anytime soon.

Man, this is the perfect tea for this time of year.

On a tea related note, school was cancelled M-W (we also have off R and F for American Thanksgiving) due to the air quality still being so poor from the fire up north. With my unexpected free time today, I wandered the streets of Chinatown in search of puerh storage containers.

I’m excited to have found a clay pot that’s glazed everywhere except the underside of the lid. It’s the perfect size to accommodate 4-200g cakes and I can wet the underside of the lid for humidity. $6 filthy find stashed out of reach on a top shelf of some store called The Wok Shop. Lady said the pot has been there like 20 years. It did have some unidentifiable ‘dust’ objects inside it. shrugs

At a no-name odds and ends store I bought a smaller double-lidded ceramic crock for $5 to keep a broken up shou cake. My final purchase today was $5 worth of osmanthus flowers from some ginseng shop. I’m excited to finally try osmanthus by itself! Awesome, cheap finds today and I didn’t buy any actual tea :)

I love star anise, so I was really looking forward to this sample I got from derk. The dry leaf aroma displays star anise and black licorice. I didn’t pick up anyhting behind these, but truth be told, my olfactory abilities are still very much impaired by the sickness. Same goes for the wet leaf smell, which is much more pungent and very woodsy. Amazing aroma, there’s no denying that.

The taste is also reminiscent of licorice, but I think I actually like it much more than licorice itself. It doesn’t overpower the Ai Lao black tea characteristics, which are present, rather it is a nice complement to it. It’s fruity, sour with a bitter finish and fragrant aftertaste. I’m loving it.

This is probably the first scented/blended tea that I actually liked. I feel that the scenting here adds to and complements the experience rather than covers a subpar (at best) tea. I will need to pay even more attention to WPT. Several times, I already almost placed an order on their teas, but got put off by the high shipping costs.

edit: The second steep is far less spectacular, I would definitely recommend western style brewing with probably just one infusion.

This is a lovely tea to have post-Indian or other highly spiced meals as a digestive. I prefer it over house chai at restaurants which I almost always find lacking in spices and milk isn’t something I want post-meal. Glad you enjoyed.

Sample from Evol Ving Ness i was really looking forward to this one…but man, the smell of the anise in this one was just too much. It doesn’t come through in the brew really – that i found to be relatively flat and uneventuful. The aroma though is just LICORICE! in yo face ANISE! Just not for me it seems. thanks though evol! love trying new teas

Okay, get ready for a lot of back logs. The last few weeks were honestly hectic. Had a final presentation project, a twenty page paper on the Ptolemies and Rome, and a book review on a Flo Kennedy biography all due consecutively. It was a lot to handle even for this 4.0 academic coupled with work and the complications of type 1 diabetes…personal drama aside, I was blessed by Whiteantlers in those few weeks with her incredibly generous gifts of tea.

Leading from the implications of that sentence, this tea was indeed one of those gifts.

The dry leaf reminded me of black licorice with anise. The taste gong fu was the same in each steep, each granting a few different qualities of malt and smooth texture that I’ve gotten used to with true Chinese black teas. The licorice stood out to me the most in every cup, and was practically the flavor of the tea.

I will probably write about this tea again, probably with the specifics of my steeping parameters. I definitely liked this tea, and am glad to have little in my possession.

This whimsical tea made its way over to my tea table. The leaves are a chaotic assortment of twisted black tendrils with light gold spotting. Their scent is powerful and aromatic of smooth anise, dry sugar, and chocolate. The scent takes me back to my grandmother’s Italian cookies. I warmed up my gaiwan and pushed these inside. The scent exploded into fresh baked cookies with cherries on top and a light but sharp tone of malt in the background. I washed the leaves once and prepared for brewing. Now I’d like to state that I really dislike anise unless it’s in a cookie. I have a lot of trouble appreciating it, but this tea nails it! The flavor begins with a smooth sweetness then moves into a sharp kick of anise. The leave’s coco base pushes these flavors out and soothes them away. The aftertaste consists of caramel and burnt sugar that linger in throat. The qi is nice and powerful with a lot of red facing, haha. The spent leaves give off a wonderful aroma of baked bread. This tea packs a lot of flavor and lasts for quite some time. The anise is not as overwhelming as I assumed to be in the aroma of the dry leaves. This tea brings a lot of character to the table with no artifices. I really enjoyed it, even though I did doubt it quite extensively.

do we know when it’s coming out or something? didn’t see it on the website

Hey Sil, the first official batch is to be released in the next week or two :-)