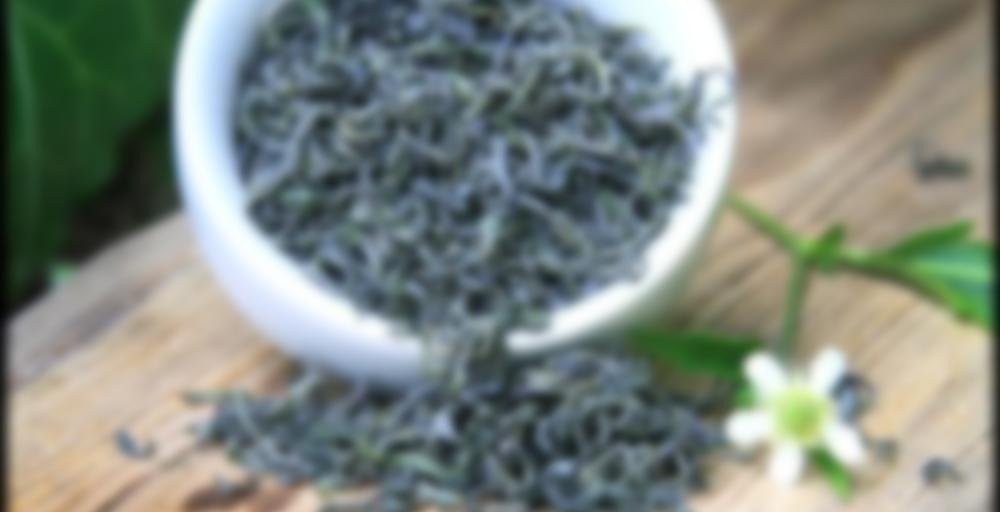 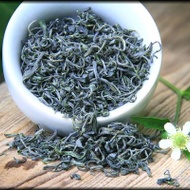 by Whispering Pines Tea Company
74
You

Our shade-grown, pesticide free Laoshan Green comes from Laoshan Village, a place famous for their super-sweet spring water. It comes as no surprise that the sweetness of that water translates to immensely sweet teas!

The dry leaf aroma is of warm chestnut, snap peas, and a fresh feeling that I can only compare to being by a springtime riverside in Northern Michigan! The taste is sweet and complex, with honeysuckle nectar, chestnut, and oats taking the front. Snap pea and edamame can be found amongst the thick and creamy mouthfeel. The finish is soothing and reminiscent of fresh garden basil with a light cooling note that feels like a breeze in the shade.

A truly remarkable tea that really showcases the quality of great green teas coming out of China!

I don’t drink straight greens very often, but when I do I want them to taste like this one. Grassy and vegetal, with a rich nuttiness. Catching up on tasting notes from the past few days, so don’t have much to say about this one.

Yep, Laoshan is the gold standard green for me.

While this pouch I have received is another same as derk had who have it from White Antlers I have to say again a thank you :)

The aroma of dry pouch is rather nutty. Suprisingly it is quite aromatic for the age (who knows, as there is nothing saying anything about the age). But it is handwritten label. Yep, same pouch as derk had. The pouch is quite full!

When brewed, with 75°C water; it was fine. Pretty much simple grassy, bit more on sweet side. Enjoayble, but unfortunately I think it seen better times. But won’t throw it away :)

This Laoshan green arrived from White Antlers in a pinecone-stamped mylar-lined brown paper pouch with the tea name handwritten. It must be an old’n, older’n my first order with Whispering Pines maybe 4 years ago.

Small yellowish grey-green-brown curls of leaf smell like sweetgrass and maybe violet? Pale yellowish green liquor with a lightly sweet and umami aroma that reminds me of cooked beef and onions. While it may sound strange, that aroma is what really drew me in to a different company’s Imperial Laoshan Green. It stimulates my stomach rather than being off-putting. The taste, I imagine, has suffered from the years. It reminds me of a sweetgrass incense braid and very lightly sweet mineral water with hints of nuttiness, umami and violet. The mouthfeel is nothing noteworthy but I was taken by surprise with a moderate sugarcane returning sweetness. Body-warming.

I’m sure this tea was better in its prime. It was nice to try another Laoshan green despite its age. Laoshan produces probably what is my favorite type of green tea.

What can I say. Its green and I’ve finally admitted I just don’t like green teas. They reminds me way too much of grass and similar.

Same! I was to love green teas but don’t. At least not yet.

We have another sample sipdown here. I received this with an order from Whispering Pines Tea Company sometime during the summer of 2016. I found it in the very back of one of my tea cabinets yesterday evening, enjoyed a couple of cups, and then finished the rest of it off this morning. It was a nice Laoshan green tea, though it lacked the fruitiness of some similar teas from other vendors.

Prior to the rinse, the dry tea leaves produced aromas of freshly cut grass, hay, soybean, peas, and spinach. After the rinse, the aforementioned aromas were joined by roasted grain and asparagus. The first infusion produced a more balanced bouquet with all of the elements listed above. I detected robust notes of freshly cut grass, peas, soybean, spinach, and hay underscored by less prominent notes of roasted grain and asparagus in the mouth. Subsequent infusions saw the grassiness and the pronounced soybean character mellow a little, as the notes of peas, spinach, and asparagus grew stronger. The roasted grain character began to remind me more of toasted rice at this point, while a subtle mineral presence began to pop up on the finish. The later infusions were mostly dominated by minerals and lingering traces of peas, asparagus, and toasted rice. Very faint impressions of soybean, hay, and grass could be found at times as well.

I have made it no secret that I tend to be a huge fan of Laoshan teas, but I have grown accustomed to Laoshan green teas that provide something of an underlying fruity sweetness. I did not find that characteristic in this tea. It was a very grassy, grainy, vegetal tea. I imagine that it would please fans of grassy, vegetal Chinese green teas, and while I found it to be a satisfying tea overall, I still cannot help feeling that it was missing just a little something.

This one was just a bit too vegetal for me. I enjoyed it but not quite so much as I’d hoped.

I did three infusions of roughly 30-35 seconds each. The liquor was light and aromatic but mostly all I could get from it was the spinachy vegetal taste and aroma. If you like that then then you’ll really enjoy this green tea. If it isn’t then perhaps not so much.

This is actually a special review for me. I had been in contact with Brenden back and forth recently and we had discussed getting together for tea, being fellow Michigan based tea lovers. This past Sunday, that day came. We met up at a local park and talked and drank tea for a few hours.

This tea was among the teas we took in. Maybe it was the fact that I had the owner of Whispering Pines brewing tea for me while we sat in a park but man… this tea was spot on. Sweet, nutty, clean. Completely delicious.

We ended up getting rained on a bit after finishing this tea. It was pretty awesome. And certainly an honor. So, get this tea. My next order will definitely have this in there.

Thanks again, Brenden. Until next time! Cheers.

It was great meeting you! Definitely one of my favorite tea sessions ever! :D

Ooh, rubbing elbows with the celebrities of the tea scene? :)

Haha pretty much. I feel like a little bit of a nerd because not many people in my “real life” get why it would be an honor and or exciting event but it was!