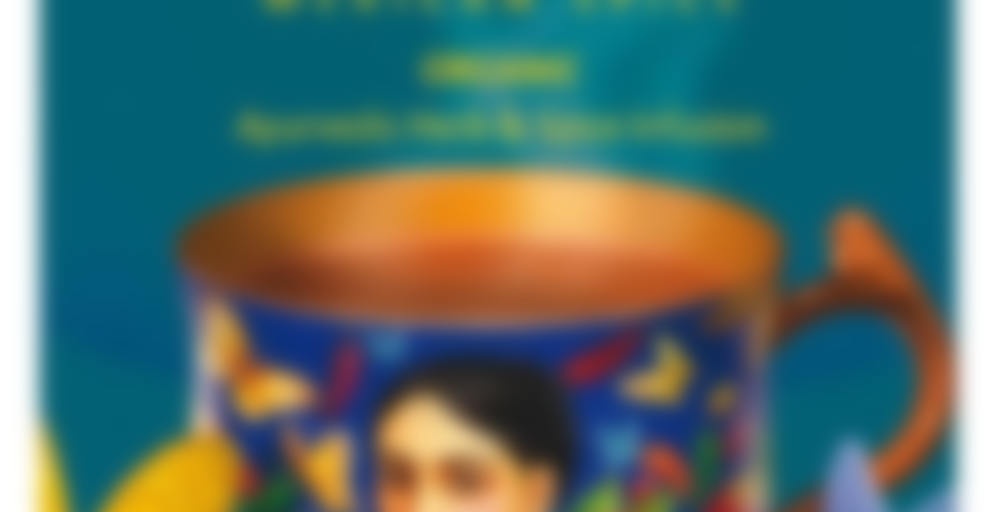 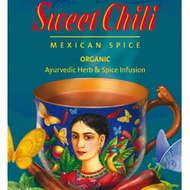 Yogi tea Sweet Chili combines the treasures of the Orient with the rich culture and traditions of Mexico. This unique and delicious infusion is sure to make your heart sing and your feet dance.

Evening caffeine-free cup. I have received it from postcrossing apparently. Quote on tag: I am beautiful, I am bountiful. I am blissful.

So, honestly I have no idea what is in and I am not a fan of chili at all. Or any spicy food. So drinking this is quite… uncommon for me.

It smells after cocoa. With licorice. It is true to name. It is sweet chili with cocoa? Certainly, there is the licorice. There is some warmth beneath, not sure if true chili, or some herbs causing it. Unique flavour profile for sure though. Sometimes it smells like gingerbread. Probably caused by the spices in.

Not sure if I like it honestly. So unique, but I can’t imagine drinking it on daily basis. Now and then, maybe. I can imagine it with bold black tea base. The herbals… aren’t great.

Song pairing: https://www.youtube.com/watch?v=Pgum6OT_VH8 — found accidentaly and found out I have heard it before for sure. Well, sometimes I want to be on the board of that ship. “Far away from the memories; Of the people who care if I live or die.”

I’ll hold you in my arms, Martin. hugs Have you heard much of Muse’s music before?

I am pretty sure I have heard them before, derk. But not that much as I am listening to them that often. Same with Placebo. I am finding new for me (though old), music bands. Hah.

They have some great songs that helped me put feelings to and get through some trying times in my 20s. Same with Placebo. They were both amazing live performances.

Just spent an hour listening to some of my old favorites from 2005-2006. I’d heard this one before, but I didn’t know the name of the band. From the YouTube comments, it seems like a lot of people really relate to this song.

The blend sounds very interesting. It almost reminds me of Mexican chocolate with the chili and spices. Yogi teas are usually hit or miss for me, especially because they do tend to add licorice to everything (which I do not often like). It does sound like it would be a good one with a bold black tea base as you mention. At least the quote can be a bit of inspiration for you today, I hope. <3

I played it for Ashman, and was shocked he had not heard of Muse or Placebo, especially since I played Running Up That Hill to death back in the day. (Guess I was always wearing earbuds.) He was really into metal and rock in the 80’s and was bass guitarist in a band,:then switched gears completely to Classical guitar. He still has his Gibson Ripper and his Kohno classical.

derk: Oh zeah, I am sure they are amazing live! And I think it is pretty much common for people in their 20s (where I am right in the middle) understanding lyrics of of Placebo and Muse. Sometimes the lyrics are saysing exactly how I feel. Like this one.
Shae: It’s exactly that. Listening to old favourites. I do that way too often recently. Probably hoping I could return to that time full of good mood and time I don’t had to care. Oh well. Blend is truly interesting. The licorice was mediocre in this one — sometimes too much present, but sometimes well mixed with the spices. The quote is truly a bit of inspiration indeed.
ashmanra: Oh well, truly surprsing. Running Up That Hill is as well powerful song. I am a bit puzzled when it comes to music. I sometimes listen to rock, but then I switch my mood to something else like Springsteen. At least I have a variety here :)

another from missb and not for me sadly. this one is overwhelmingly sickeningly sweet from the anise/licorice. I couldn’t really get through much of it because i kept wanting water to wash it down heh oh well, win some, lose some…have fun doing it all! :)

I walked home after work today instead of busing because it was beautiful outside and I thought it’d be a good time to see just how long the walk home takes me because, during the summer, it might be a lot more financially smart to walk instead of bus – and the route I take to work doesn’t run between May and August. Took me 40 minutes overall; not too bad. That’s actually less time than it takes to bus home. My feet are killing me though…

I drank this one from a timolino during the walk though; it’s another one that I’m trying blindly. I expected to get a lot of spice/heat from it but the flavour was much, much milder than I anticipated. In fact, I barely got any spice or heat at all! The closet thing would be some super watery cinnamon or black pepper? What I did taste a lot of was licorice though! That seems like a weird pairing to me; but it’s absolutely what I got. Some kind of licorice root and actual licorice cross, perhaps? I liked it, but also found it a bit boring as well.

Certainly wouldn’t buy this one for myself, nor would I go out of my way to try it again but, if served to me, I would be totally ok drinking it. And, you have to keep in mind that it’d bagged too; it could’ve been much worse.

Side Note: I’m sure it wasn’t the intention, but the woman on the bag art/design reminds me a lot of Frida Kahlo, and that made me smile this morning as well as prompted me to switch up my Magnetic Fridge Frida Kahlo’s wardrobe. She’s now rocking a Hijab, Anarchy Shirt, and Skull leggings and has a Capuchin perched on her shoulder. Fridge Frida is one of my favourite things about my kitchen…

But anyway, thanks MissB for the sample!

Yea, I don’t know why they call this by this name, it’s really not indicative of the taste at all.

I love Frida Kahlo. The Detroit Institute of Art just started a huge new temporary exhibit based on her time here with Rivera when he did the murals for the DIA. I’m super excited for it. I have passes for in May, though, so I have to wait until then to go.

I love Frida too!

I’m with VariaTea on this one.
Yep, horribly sweet in a licorice way and not spicy at all. Actually, I had to double check it was herbal because the taste reminded me a bit of mate.
Definitely nothing spicy or chili here. Do not like.
I did manage to finish my cup so I bet it’d go over better if I was down with a head cold

It was truly overpowering! I have a feeling the ingredients were unevenly distributed among the bags

Bleach. Sorry MissB but this is definitely not for me. All I am getting is weirdly sweet anise (think aspartame type sweetness) with a slight chili kick every now and then. I am just not a fan though I am happy I got to try it and see for myself. Thank you for the chance to do so!

Boiling 7 min, 0 sec
Yours I Like This
0 likes
0 comments
Edit