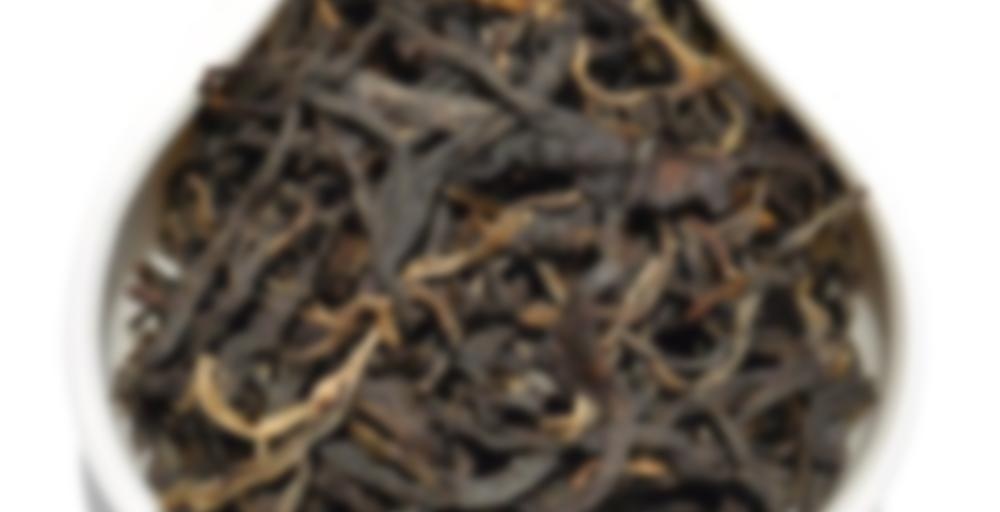 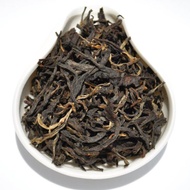 This is a second flush pure Assamica black tea made from Man Gang (a small village near Bang Dong) tea tree material. First Flush material was processed into a raw pu-erh tea, but the second flush of spring material was used to produce this lovely, complex and powerful black tea.

Most Yunnan black teas are made from hybrid varietals like Yun Kang #10 or #100, or Chang Ye Bai Hao (and others). These varietals are Assamica hybrids and make wonderful teas, but the style of processing and finished tea is quite different from the more subtle styling of this tea. Picked, wilted briefly, fried (kill green), rolled and then wilted for 12+ hours, before being sun-dried gives this tea a subtle but complex taste and aroma. There are elements of raw pu-erh, dried fruit and orchid flower all tied together with a full-bodied viscous tea soup with a sweet layer than permeates the brew both during and after drinking.

Alright, since I am determined to plow through two of my review notebooks before the end of the year, I’m back with some more reviews. This was yet another of my late 2020 sipdowns. It was also a tea that made me notice a trend: I tended to be underwhelmed by the wild arbor assamicas Yunnan Sourcing offered in 2018. They just failed to make much of an impact on me. For me, this tea was like the Yi Wu Mountain Wild Arbor Assamica in that I found it to be a likable enough tea and nothing more.

This was an interesting black tea, but it was also a bit restrained and subtle for my tastes. I tend to prefer bolder, richer Yunnan black teas, and this one was smoother and a little stuffier. It wasn’t bad though. I could see people who are really into comparing and contrasting specific Yunnan terroirs being into an offering of this sort.

2 review notebooks? That’s a backlog! Do you take notes on every session with a tea? I’m finally near the last pages of mine, which I started when I joined Steepster over 3 years ago.

No, not every session. I usually do one definitive review per tea. I’m about halfway through the largest of the review notebooks, and then I have fewer than twenty left in one and only one left in another. I have already posted about 10 reviews out of the 2021 overflow notebook, so I have a start on it as well. I started falling behind in the fall of 2018, so I have reviews backlogged from then to the present.

This tea is a study in sweetness balanced by the bitterness of dark chocolate. Honey, caramel, peach, some floral undertones. The bitterness comes at the tail and lingers. It is a very nicely balanced tea, although it’s flavor composition is fairly common for Yunnan reds.

The liquor is deep red and the aroma is for some reason reminiscent of river water. It is a very solid red but it lacked any wow factor.