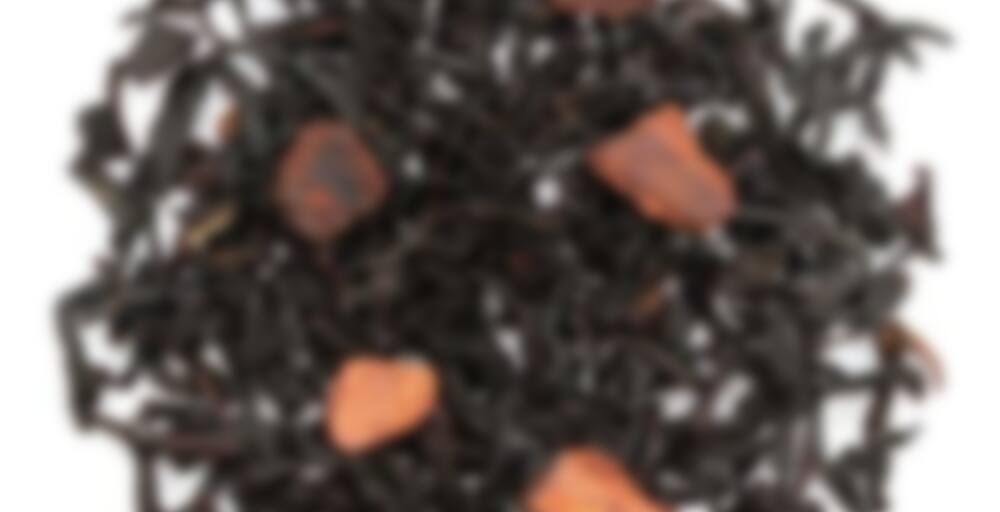 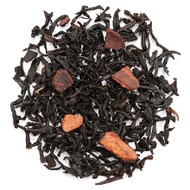 by Adagio Teas
58
You

In the Middle Ages, having cinnamon in one’s home was a status symbol for Europe’s elite. A combination of spicy cinnamon with bright, full Ceylon black tea, having our Cinnamon Black tea in your cabinet today is equally as prestigious. Very warm and high cinnamon flavor, with a clean, richly aromatic freshness. Spicy, crisp finish. Great blended with other teas, too!

Cinnamon was so highly prized in ancient Greece, it was a gift only for deities. Egyptians used it as an incense (kyphi,) and Sappho wrote of kasia in her poetry. Cinnamon comes from the inner bark of the genus Cinnamomum verum grown in Sri Lanka, or Cinnamomum cassia, grown in China. Vietnam and Indonesia are also top producers. It is used as a rolled piece of bark (a quill) or ground into a powder and added to savories to add umami or to beverages like tea, coffee or hot chocolate to add warmth to the body.

Sipdown! The more of this I drink, the less I like it. The cinnamon is okay, but I’m just not a fan of the base Adagio use for their flavoured black teas. I think some of the unidentified spices in this are a little overpowering, too. It’s not bad, but it’s nowhere close to being a favourite. I wouldn’t buy more, I’m afraid.

Another from the Flavors sampler. Strong smell of cinnamon and some earthiness in the sample tin, and I can see little pieces of what look like cinnamon stick among the tea leaves.

The cinnamon is pronounced in the tea’s aroma as well, though not as strong as in the dry leaves. It smells delicious.

I don’t have the same reaction to the taste, but I think it’s because I had the Harney & Sons Hot Cinnamon Spice relatively recently which had a much richer, sweeter, cinnamon taste. This one isn’t particularly sweet. It’s more herbal in its cinnamon-ness, which is somewhat appealing in its own right. But as it’s a flavor I’m likely to reach for only once in a while, I’d likely pick only one for the tea library and would go with the H&S.

Chocolate is another story.

I know I’m being lazy by not looking it up myself, but is a chocolate tea included in the sampler?

It appears that it changes from time to time. Chocolate wasn’t part of my sampler but it looks like it is part of the current Flavors one.

Okay, thanks! I just may have to get this flavors sampler!

this is one of the very last of the caffeinated teas i have to sample from my tea swaps. all the other samples i have are either ones i bought for myself or herbal.
that’s a lot of teas i got through! i can’t believe i’m up to 482 teas!

this tea, is a thumbs down. but i was avoiding making eye contact with it cuz i’m really weary of cinnamon in my teas. go figure.

thanks Scheherazade for contributing to my tea adventures!

WOW! Holy Cinnamon smell! This tea smells just like those red disc candies that I used to like. I got this as a sample thank God, cuz Im not too impressed with it. I mixed it with some of my Cream tea sample from Adagio as well to try and tone it down a bit. I topped it off with reddi whip cuz it just seemed appropriate on these flavor teas. Verdict is out whether I will have this again mixed with perhaps a few other flavors. Its not so much like the spice of cinnamon rather it has that candied flavor pretty well matched. It tastes a bit artificial to me but maybe all of my new lil samples of flavors will..I don’t know yet but I’m thinking so. Just glad theyre small samples!! Definitely would not order this tea again. :(

Ah, yes. Samples have saved me from many a bad tea purchase. They are a wonderful, wonderful invention.

aren’t they? I’d be soooooo broke right now if it weren’t for samples cuz I’m so damn curious about all the different teas…I’m staying far far away from pu erh tea though cuz I just can’t do the dirt thang. YUCK!

so this is one of my comfort teas :) the color is a dark amber and smells exactly like cinnamon sticks! its amazing. the only thing i dislike about this tea is that it is completely unbearable to drink if unsweetened and milk/cream has not been added. i added cream and sugar and it tastes like a liquid cinnamon bun!!

this tea has left stickyness on the lid’s inside of my 4oz tin…anyone know y? it happened to my sisters aswell.

Mine does that too. I think it’s just the fact that the flavouring agent in this one is stickier or oilier than some other flavouring agents. I’ve had it happen with a handful of other teas and flavours before. I can only assume that it’s supposed to be like that.

my sister and i got ours around the same time so i didnt know if it was like a freaky batch and we got the same one. im glad its not just us withe the sticky flavoring that seems to only stick to the acrylic lid…weird

I’ve been on a spice high pretty recently and I figured that this tea would be fun! Just plain old cinnamon :)
Dry, definitely smells like cinnamon sticks. Not overbearing like ground cinnamon, just faint and nice. But dang. If I like stick my nose right up to it then it becomes a bit much ahah. Future reminder to not do that.
Steeping, it smells… different. Not much of a good different, but a weird different? Like when I was drinking Oriental Spice not too long ago, it wasn’t what I expected. This one smells more of a processed cinnamon.
Drinking, oh. Oh this is terrible. No no no don’t like this at all. There’s no cinnamon at all, it just tastes like cheapo immitation cinnamon tea. Second sip, I don’t even think this should be considered cinnamon. Imagine a cheap black tea, and adding a bit of cinnamon. Just.. no. I don’t like this tea, not one bit.

backlogging. I blended this with their vanilla and caramel and the cinnamon was the most overpowering so I’m logging the blend this way. Not a bad cup. Perhaps if it had been a 40-40-20 split the others might have stood out more….

Backlog—
Pretty basic cinnamon flavor. I like my teas bold and spicy, so I did not find it overpowering at all. Great by itself and would be great for blending with other black teas, like chocolate, vanilla, or a chai.

I am sorta sad to see that people seem to not share the love that I have for this tea. It is one of my absolute favorites.
The leaves smell like true cinnamon sticks, not like the candy but like the real thing. You can see the pieces of cinnamon stick in the leaves.
I have tried brewing it in different temperatures and steeping times. It does better in hotter water and 3 minute steeping time. Any longer and the black tea becomes a bit overwhelming and bitterness takes over.
The resulting liquor is sweet smelling and tastes just as cinnamony as it smells. It has a thick feel to it, almost syrupy in a good way. I like it best sweetened with brown sugar or splenda.
It is perfect on a rainy day or after a tough night. If you like cinnamon you will like this tea. I have been drinking it for years now and I still love it.

The only negative to this tea is that it does seem to eat at plastics… I think that the cinnamon flavoring is a bit strong for plastics to deal with and if the leaves are in contact with plastic for extended periods of time, it will eventually eat though it… So, best get a metal tin! : )

I forgot how good this tea is. I was drinking it hot and mixing it with pu erh for a morning kick. Took my kids to school thought it was still warm and to my surprise it is great cold. Wow.