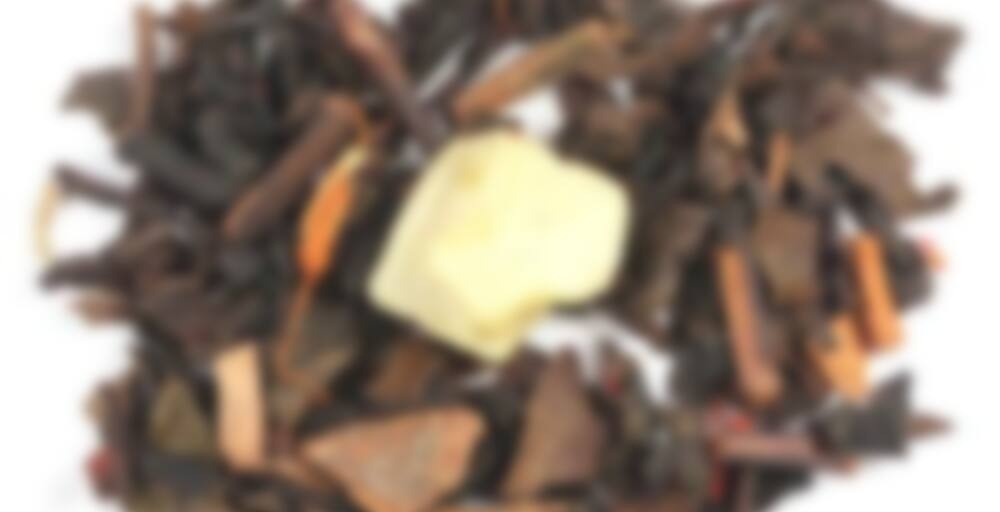 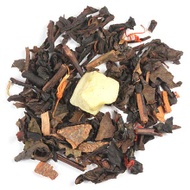 by Adagio Teas
67
You

The delights of maple are no longer bound by breakfast foods. You can now enjoy that delicious flavor you love, minus the sticky fingers! We’ve blended the smooth clean taste of oolong with the subtle sweet flavor of maple and rounded it all off with a hint of creme. Add a touch of your favorite sweetener (we suggest maple syrup!) and all you need to do is decide whether to drink this tea for breakfast or dessert!

This tea contains a moderate level of caffeine | Steep at 212° for 3-5 minutes.

2021 SIpdown #28
One of the last few tiny samples from Adagio
This one has a not so pleasant tasting oolong base much like the Almond Oolong that I tried from Adagio. This one mostly tastes like dirt/unpleasant with some cinnamon. The base is definitely stronger than the cinnamon. The cinnamon isn’t spicy which is nice because I don’t love the spicy cinnamon flavor when it’s the main note in a tea. I do get the maple syrup a tiny bit but you have to really look for it to find it. Overall it doesn’t really fit the description and the base tea isn’t good so it’s a no for me.

This was a free sample that came with my Adagio order.

Anyway, I am loving the maple flavor on this. It tastes like a good strong maple syrup. Mind you, I added a single Splenda to it, but I did so because I felt it might help bring out the maple flavor. It did. It’s a maple syrup flavor with a hint of creaminess. There’s also a touch of cinnamon, and that is what lingers on after the sip. I don’t mind the cinnamon, but it is a bit weird. I don’t usually associate cinnamon with maple.

This one was different each time I made it. You have to use 1.5 tsp for a 6 oz cup of tea. There was a lot of cinnamon in it which hid the maple taste. Although the tea is called maple oolong. It took time for the maple taste to peek out. I wish the other spices like cardamom came out with the maple flavor to make it have a punch. It took a lot of tries to get the perfect cup with this one. This is another one of those tea that I would drink if I had it but not something that I would go out and buy myself.

This starts off nice enough with a sweet and slightly creamy maple in the top note; but quickly transitions to a very sour oolong taste (the kind that comes with not so great roasted oolong) that is really sharps/digs into the sides of your mouth and leaves an unpleasant finish. Also, not sure what cinnamon has to do with a “maple creme” profile but it felt kind of weird mixed in…

Too bad because the DTs’ Maple Syrup Oolong is awesome. I would expect all the rest to be extra fab as well.

So apparently you only have six months after your order is received to leave Adagio reviews, and I need my points, so I’ll be sampling all my remaining Adagio in the next three days. I don’t really like this one. The combination of spices make it taste smoky and strange. It has the sweetness of maple, but the flavor is wrong. Maybe someone who likes a light chai would enjoy this. It’s not undrinkable, but I won’t be having a second cup. I love maple teas, so I’m sad to have to give this a low rating!

Good to know… if I ever order from Adagio. I’ve been meaning to for ages.

Apparently instead of counting to the day, they round down to the month, so I’ve actually lost $2 worth of points for like the third time since I never remember to keep up with it until it’s too late. Oh well! I’ll remember next time!

First time I tried this it was little disappointing as cinnamon was the overwhelming taste. I am not sure if it aged or something, but when I next tried it a bout 3 months later it tasted more rounded, more like maple syrup. This is a tasty tea and if you notice what I did, leave it for a few months to see if that helps.

Yum! But sweet, almost too sweet… Definitely (for me) more of a dessert tea than an all day sipper, I finished the thermos full I had, but I’ll have to reconsider keeping that in the stash for day-drinking :) The inside of the bag is also sticky, which is weird and a little gross.