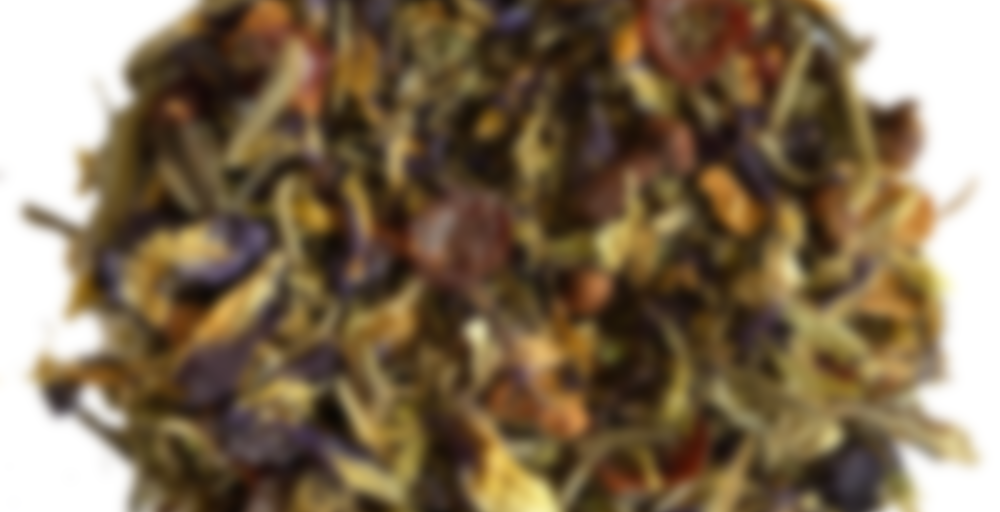 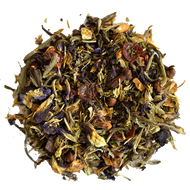 Snowcones & slushy ice blasts all round!

The most magical frosty winter treats are snow cones & iced slushies… surely!? Enjoy them in the snow or in front of the fire with our bright blue ‘ice blast’ tea flavoured white tea blend. No sugar in this version either – what a bonus!

I was a little frosty towards Mr. Frosty. Or maybe you could say I was hot and cold. Allow me to explain, because it was a whole fun-fair of wackiness and an experience I have no answers for.

When I first opened the pouch for Day 6 of the Bird and Blend 2020 Advent Calendar and gave a sniff, I picked up a sort of slightly fruity mint tea. I’m not the biggest mint fanatic, but every now and then, and with the right crowd, we get on well. This smelled a little like, well, somewhere in the middle. It definitely is a spearmint, as the ingredients say, rather than a peppermint, and maybe I just wasn’t prepared for that. I’m more pals with spearmint’s well-known cousin, and tend to avoid spearmint quite easily. We don’t run in the same circles.

Brewing this up, WOW. Talk about a show! I wished a little that I’d steeped it in a glass cup so I could enjoy the show even more – the dark blue was more dramatic than any other butterfly pea flower/blue pea flower teas I’ve tried before (which is only a couple, let’s be honest). This thing was a deep blue in seconds, whereas, say, David’s Tea’s Magic Potion will get to a semi-decent purple eventually, maybe, if you leave it steeping for 8 minutes and onward. … Usually. Assuming you chucked in a lot of tea. And I always thought, “That’s fair; surely it’s an expensive ingredient and sometimes that’s the best you can do.” But wow, this tea was an explosion of colour, so much so that within 1 minute of putting it to steep, I was double checking the ingredients list because I was CONVINCED there was artificial colour in there, possibly smuggled in by my suspicious friend Spearmint. But no, that was just the power of this tea. I was dazzled. I was excited. I was ready to experience a Mr. Frosty that was Toasty.

Or… was I? Because when I took those first few sips… And then subsequent sips… And from beginning to end of this cup, the flavours I got were… Mildly, unnamably fruity, slightly spicy, slightly spearminty… hotdogs. Yep, that’s right. To me, by whatever magic of science, I was tasting watery minty hotdog.

I have no answers; only questions. How did it get there? Where did it come from? What is it trying to tell me? Is our alien overlord to be a spearmint-scented blue hotdog named Mr. Frosty?

The biggest question of all, however, is this: if that’s what I was tasting the whole way through, why in the world did I eeeever so slightly… kinda like it?

From the November subscription box.

What a strange tea this is. I get that they were going for a blue slushie concept, but the flavors here make no sense…

I like the blue color, and I do understand the mint as it makes some sense for replicating an ice-based treat. But wtf is with the jasmine? And wouldn’t raspberries have made sense for more of a “blue raspberry” type flavor, which is what I would expect from a blue slushie or snow cone?

It’s not unpleasant, it tastes like a mild mint and jasmine white tea with a hint of stevia. It sort of reminds me of a weaker blue version of their Nearly Nirvana tea. So weird, I like the concept but don’t understand the thought process around the execution…

My mother really likes it unless the colour. She was hesitant to try it :D

“But wtf is with the jasmine?” hahaha. Bird and Blend has a bad habit of sticking in ingredients that really don’t make sense for a blend.

Do slushies translate differently in the UK? Are jasmine and mint flavors you’d find in them there? I wonder if the blenders have ever had a blue slushie or if they were just guessing at what it might taste like.

I was fascinated by this tea because the ingredients list looks BONKERS level crazy, and the name is super fun and wintery!! As soon as I cracked open the sachet I was very dubious though because it… smelled like ketchup!?

Thankfully it does not taste like ketchup, but it doesn’t really taste great either. It steeped up a deep ink-y blue and smells like jasmine and spearmint. The taste is probably majority spearmint – a very sweet and cloying one though, only made worse by an intense level of stevia. I taste jasmine and orange as well, but nothing really feels cohesive here. A bunch of people in my advent group comparred it to unpleasant bubble gum, and I loosely agree with that. Someone else said the flouride that we used to get in grade school that was supposed to be bubblegum flavour, and I think that’s probably the closest comparison. It’s also sort of like Nearly Nirvana, but way worse.

Sorry Bird & Blend – this was a major miss for me today.

Lex and I are in agreement with amandastory516 and Martin here: the dry tea smells like mustard. Bizarre.

The tea goes a lovely blue colour from the pea flowers here, which is always fun. The spearmint is the most prominent flavour to me, but it’s actually quite subtle. There’s perhaps a hint of jasmine? I can’t say for sure. The stevia is thankfully not really present in the taste — phew!

We both feel kind of meh about this tea. I think we can both safely say this one is sadly not enjoyable. However, I do like the fun colour!

On the plus side, I made espresso rye toast with lingonberry jam and blueberry chocolate jam. All these jam advents got me like.

This seems like mostly a gimmick tea based on the description…

And YAASSS jam, I love lingonberry! Is the blueberry chocolate one a spread like Nutella? I am intrigued.

Lingonberry is so good! I have it on so many things haha!

Oh wow it’s blueberry with a hint of cocoa, THAT SOUNDS SO GOOD!

In fact all of these sound amazing, I wonder if they ship to the US…

It is actually amazing. I’m so happy we grabbed it on whim. I think they might — I went to check out and the I had to change the country from the US to Canada haha!

This recipe could probably be made with only blueberries and you could try coconut oil instead of butter. http://www.alwaysorderdessert.com/2014/02/mixed-berry-cocoa-jam.html

How interesting that you picked up on a mustard scent! I got a hotdog scent and flavour out of this that I just couldn’t explain – but reading this makes me feel a little less crazy, and it’s definitely got that zingy tanginess of mustard in there. It’s a strange relief to finally put one’s finger on something so unexpected. Thanks for sharing your tasting note; I really thought my experience was a random anomaly!

I am with amandastory516 that it smells like mustard. Spicy and strong mustard.

But after brew it is much, much better. The combination of jasmine and spearmint on white base worked very well, I notice little of orange and clove. Cooling and quite tasty! Maybe I have been expecting something bit different, but certainly not bad blend.

The mustard smell is so strange! Not sure what the source of the scent could be, but I’m glad it tastes different than it smells.

This.smells.like.mustard. I was quite hesitant when I opened the pouch. A minty stevia blend that smells like mustard? Can’t be good. Luckily, this is actually quite nice. The stevia is only noticeable as a cool feeling on the tongue, rather than being an overwhelming flavor…so I’m more okay with it. I also can’t taste the butterfly pea flowers, which is great because I don’t like them. It’s mostly spearmint and jasmine, with a tiny touch of clove. Actually quite liking this, despite the initial trepidation.