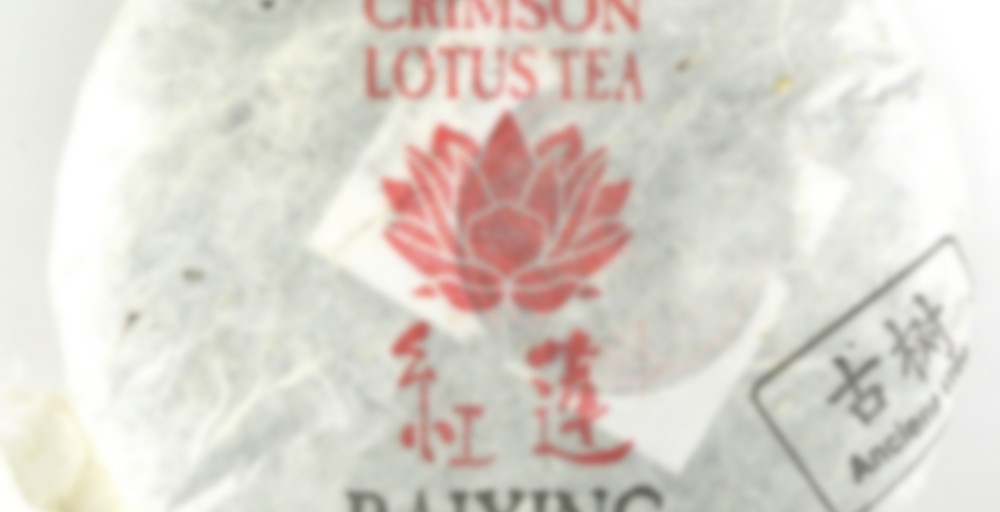 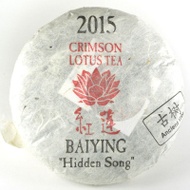 by Crimson Lotus Tea
82
You

Bai Ying Shan, or White Warbler Mountain, is a remote high altitude tea growing region in Lincang Prefecture. This mountain has more than 10 unique varietals of camellia sinensis. This puerh is a special blend we perfected while we were living with the farmers this year. We blended from a few different varietals with the goal of maximizing flavor, aroma, aftertaste, and energy. We worked with them ourselves to pick and process this puerh. The picking and processing is 100% done by hand. This puerh has been direct sun dried for 2 days.

We chose to call this puerh "Hidden Song". The mountain is named for the white warbler songbird common to the area. The bird is often heard, but rarely seen. This hidden song was the inspiration for the name of this puerh.

This puerh is sweet and vegetal with an aroma of edamame.

Fresh, moderate sweetness and vegetal notes. Taste is a bit light but long lasting.
Images and more at https://puerh.blog/teanotes/2015-bai-ying-hidden-song-clt

Beautifully clear golden liquor with a strong savory pu erh scent. I really enjoyed this one, it had a good, meaty mushroom/earthy flavor throughout most of the steeps that really accented the sour apricot/stone fruit flavors that showed up in the middle.

At ten grams per ~90-100 ml, this had a nice savory, cleaaaan mineral body that served as a good background for the plethora of interesting flavors that played across the steeps—I detected a bit of smoke and some wood at the beginning, something like barley and mushrooms and earth in the early to middle steeps, and then various stone fruit, sour apricot, and hay for much of the rest, emphasizing the mild sweetness.

Many of these flavors revisited and played in and out in various strengths and roles with some mild to moderate astringency across steeps. Not much of a body buzz, but it had a nice relaxing energy.

From the Sheng Olympics. Thanks to Liquid Proust for putting it together.

I suspect this tea suffered by comparison to the Whispering Sunshine. I found myself liking it better (and raising the score) as I got to the later steeps. It’s a bit more approachable, though and I enjoyed it on an absolute basis.

Since I enjoyed the Whispering Sunshine yesterday, I thought I should move right into Hidden Song today.
This is very similar to Whispering Sunshine, but I do feel that it is more sheng and less white. If you drew a line between aged white and sheng – this would still be on the white side of the line but closer to sheng than the other one.
It’s pretty sweet, fruity, but it’s sharper (?) – not bitter, not astringent – but the notes are higher (brassier). What I’m not getting is the veggies – lots of others have commented on asparagus, greens, edamame – savoy – vegital. I didn’t find that – I got more fruit.
What I didn’t find in either of these was the earthiness – part of me thinks that pu’erh should be earthy, or at least I want it to be earthy.

I like this – and while I probably liked yesterdays better – this would have more chance of making it back into my cupboard, because it is more sheng like (of course it’s sold out so that’s really a non-issue).

86
Recommended
Rasseru
338 tasting notes
enjoying this one as well.

Smooth and thick, with a fruity note on the tip of my tongue I cant place. I can see where some people are getting vegetal from as well.

Its easy drinking, even more so than I imagined. I pushed it and it was still nice and didnt go bitter. I also got the resemblance to fresh green tea, it really does taste like it, snappy peas and beans, with sweetness and slight sour you get with some green tea that hangs around the sides and tip of your tongue.

Another one from the Sheng Olympics. :) 4g sample in the gaiwan, trying to only partially-fill (just to cover the leaves). I started with 90C water but upgraded to boiling because it was so smooth and light. This is a lovely easy-drinking fresh sheng. It has a nice balance of sweetness and tanginess, closer to my personal tastes than the Whispering Sunshine I had earlier. Smooth, creamy mouthfeel. A little bit fruity, a lot more crisp vegetables and fresh spring water, reminiscent of a fresh green tea. Very clean and light, stands up to long steeps without becoming unpleasantly bitter. Slight huigan building up after drinking several infusions. Another good one for people who like their sheng puer sweet and smooth. :)

2016 Sheng Olympics
Thinking that this would be just like its cousin I drank yesterday, I was in for some surprises :)
Interestingly enough: This tea has a strong resemblance to cooked squash. While I’ve had some sheng taste like a roasted zucchini, it doesn’t surprise me but it is also some new notes. The vegetable taste for this light sheng are dominant and I’m loving it. This is atually more subtle than what I was drinking last night. I even went ahead and steeped one steep for a whole minute and it wasn’t jumping off and on my taste buds.
This is such a wonderful raw puerh that I’m unsure if there are negative remarks because it brews easy, it has a great feel, the aroma is pleasant, and the vegetable notes pop right out during each sip. While the Midas Touch still makes this one seem normal, this is an example of a raw puerh that even those who are new to the tea variation would absolutely love. I’ll probably look into using this for a taste session in the future because it offers something a bit unique in regards to the taste it provides; as opposed to a lighter tea with a floral touch and not a vegetable touch.

And now I am drooling with expectation.

I’ve had several sessions with this tea using a gaiwan. Dried leaves are in tact, varied shades of green, and have a subtle sweet apricot fragrance similar to the 2015 YS Qing Mei Shan. When brewed, the leaves release aromas of flowers, edamame, and grilled asparagus.

This is an atypical sheng. It doesn’t have any upfront strong sweetness or cha qi. Instead, I was greeted with tangy, vegetal, and savory flavors. I picked up notes of mustard greens, raw brussel sprouts, edamame, and wild flowers. It’s definitely the greenest sheng I’ve had in recent memory. It’s quite pure and clean tasting with no smoky or earthy notes. Sweeter flowery notes and a comfortable buzz sinks in after the 5th or so steep. This tea is very infuseable. I ended up purchasing a second cake to see how it ages.

Based on sessions with the good ol’ yixing, I noticed an increase in body and sweetness. Whether using a gaiwan or yixing, this tea is refreshing, has a nice mouth feel, and a persistent tangy flowery aftertaste.

I saw most of the 2015 cakes have sold out at Crimson Lotus so I had to get a cake of this while it was still in stock. I was sure from the reviews that I would love it so didn’t bother with any samples—Just went ahead and bought it.

I was right. This is an excellent sheng. I used 5g in my gaiwan with 90C water. I got plenty of steeps from it (Maybe up to 6 or 7- that’s a lot for me). It had a fresh taste to it. Maybe that’s the “green” others are picking up. It’s not like a green tea but just has that fresh tea taste. I did not encounter much bitterness at all in any of the steeps. It had a slight creaminess with a bit of fruitiness. Not as sweet as some shengs but there was still a bit of sweetness. A really great tea for drinking daily.

Also want to add that this tea did not have too much energy kick to it. That’s another reason that makes it great for drinking plenty of steeps and having often.

Lovely tea. Looking forward to see how it ages.

This sheng’s fruit favors are always surprising me, some days I’m reminded of apricots or a tangy green plum and other days it hits me with under-ripe or watery blueberry notes. This I think has more to do with my own palate than the tea itself.

I can always count on its vegetal aspects which make me think of fresh cut fescue grass, and my former career farming grass seed in the Willamette Valley, Oregon. There is a buttery aspect to the tea as well, which arrives with its full body and pleasing weight in the mouth.

I will hate to see this sheng disappear from my self, but I can’t stop drinking it!