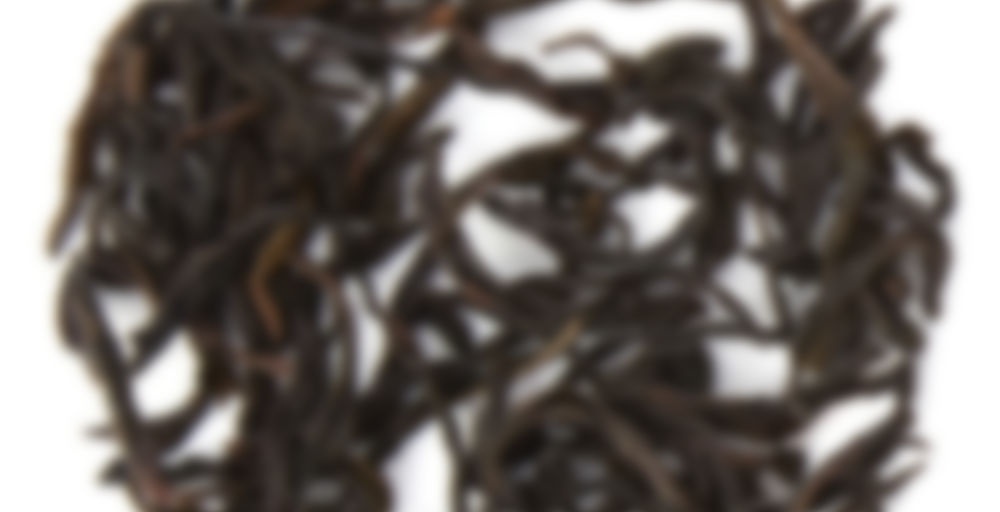 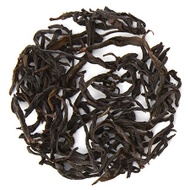 The first time we sipped this luxurious oolong, we fell hard for its natural fragrant lychee and plum notes. Add a hint of toasted caramel and a finishing roast that’s deep and satisfying and you have a premium tea that’ll keep you coming back for more. Long loved in China for its fruity flavours, this top-of-the-line oolong from Phoenix Mountain is about to be the rising star of your tea cupboard.

What makes it great:

● Dan Cong (literally “single stem”) oolongs like this one come from wild teas and are renowned for their ability to naturally imitate specific flavours like orange blossom, orchid, grapefruit, almond, ginger flower and more!

● The lingering taste of fragrant lychee will leave your feeling refreshing and tingly all over – a sensation commonly known as “oolong glow.”

● Got company? Impress them with the exquisite flavours of this top-of-the-line oolong.

Well, this looks to be one of those situations where I read the description and reviews and wonder if I received something completely different from everyone else.

Over the last few days I’ve had this a number of times, playing with the steeping parameters (leaf water ratio, steeping time, even the temp) each time. It doesn’t seem to make any difference. The dominant flavor is that of leather. Maybe a little wood, though that seems more tied to the scent of the steeped leaves and not so much in the flavor.

Not going to rate this right now as I am still struggling with the dissonance between my expectations and reality. This is absolutely nothing like it was described. No fruit, no floral, no sweet, no roasted, just tanned leather.

In fact this very much reminds me of a pu’erh I tried once minus the mud (and thankfully rotting fish) flavor.

On the plus side, there is no astringency I can detect. I’d also say its not bitter, but I fully admit my perception there can be off as compared to most people.

The dry aroma is of lychee, plum, char, and roast. The first steep has notes of lychee, plum, roast, grain, honey, orchid, oats, walnut, and wood. The plum is a lot more prominent than the lychee in the next couple steeps, and the tea is nutty and roasty. The lychee, honey, and florals are mainly in the aftertaste. Steeps five and six emphasize dates, plums, spices, hay, grass, and minerals, with the honey sweetness expected of a Mi Lan Xiang plus a lot of roast. There’s some honeydew melon in the aroma at the bottom of the cup, but it doesn’t make it into the tea. The sweet fruit persists for another couple steeps, after which the tea becomes nutty and roasty with some minerals.

This is a nice, middle-of-the-road Mi Lan with a bit more roast than I like. Maybe the fruit was more noticeable when the tea was fresher.

Advent tea
Wow this is sweet. What a nice fruity, honey oolong. I’ve been stuck in Big Red Robe land too long and have forgotten that oolongs can be tasty without too much flowery pomp and circumstance. The first steep tastes like honeydew melon. Second steep is just as sweet and honey melon as the first. Thanks for sharing Lexie!

I opened up my bag of this one to send you some but haven’t tried it yet. Glad you enjoyed it! I’ll have to try a cup sometime this week.

The complexity of this tea is amazing. It’s made with only Oolong Tea leaves but the depth of flavor is incredible. It has a bit of dry grass / hay scent to it when brewed and you definitely get those notes when tasting it too. However, what is most surprising is how bright this tea ends up being. It’s fruity and almost sweet. I taste dates and, as others have mentioned, lychee.

I am impressed, you gotta try this.

I used my frequent steeper points on this. Honestly, I had high expectations for this tea because it is so expensive. So, out of my massive recent David’s Tea order, this was the first one that I tried.

The dry leaf of this smells like a good quality black tea. I might get an apricot note if I go looking for it, but other than that, I think it smells more like a black tea. The leaves are absolutely beautiful – long, delicate, and wispy.

I steeped this according to the instructions, and upon first taste, it really tastes like lychees, flowers, and slightly of stone fruit. But for me, the lychee note is the most prominent. It has absolutely no astringency either.

I also look forward to re-steeping this a few times!

Overall, this is a fancy oolong tea. And I would recommend using your frequent steeper points to try this. But I am not sure if I will buy it again on my own.

I enjoyed this tea. I agree with the “fancy” comment.. I also use my FS points to try this and have quite a few bags since I figure traditional tea will keep awhile sealed but still working on sipping my first bag.

That’s awesome! :) And you’re right! Traditional teas will probably keep for much longer since there are no dry fruits and so forth in it. Plus, you can re-steep the phoenix oolong leaves again and again! I am so glad you liked this one too! <3

I think Phoenix Oolong just might be in my top 5 favourite straight/traditional teas from DAVIDsTea… It was the first dancong I ever tried and fell in love with. It’s so flavourful, bursting with notes of plum and lychee. I love the natural, brown sugar-like sweetness and the roasted character of this oolong.

I try not to go overboard on this one, because I’d hate to run out too soon, but thankfully I can keep enjoying it through subsequent re-steeps!

Trying to sip through this, so made a pot this morning. Floral and slightly fruity (getting a juicy lychee flavor, still not as strong as the first cup). Ready for this one to be gone.

Picked this up as a free 50g of tea with my latest online order. No regrets, as it’s delicious. Rich, dark honey sweetness, minerally, woody. It was the sweetness I was after, and I was glad it delivered.

I did notice that the sweetness of phoenix oolongs seems to be best when the cup of tea is fresh; after sitting overnight, it wasn’t nearly as delicious. This is not the case for all teas, but seemed especially noticeable with this one. I suspect chilling it could have a similar effect; perhaps I’ll try one day.

Finally had an opportunity to try this Dancong that DT is now carrying online!

I might be wrong here, but I think that this is the first Dancong that’s ever been a part of our lineup!? As someone who’s tried several other Dancongs before I’m really interested in what this might be like comparatively. The biggest test, for me, will of course be to brew it Gong Fu and see how it tastes that way. This time around I just had it as a pot of tea, which was shared among several people. My snap impression is that this is pretty nice though; it was a little astringent on the top of the sip and had some great roasty character in the body. The biggest thing for me that I loved though was the sweet, bright and DISTINCT lychee undertones and finish. Really, really stole the show for me and were just so completely delectable. I can only hope that they’re as nice when you brew this one Gong Fu.

I’m still a bit on the fence with this one, I think – I liked it but I need to experience it Gong Fu to really know how I feel about it, and I think the price point is a little bit high even with what Dancongs usually go for. So, jury is still out. But first impression was positive!

They’ve had it before, but I used to really like it. I’m not sure if it’s the exact same dancong because the previous description included “shea butter, guava,” and was named “Oolong Supreme” but it was one of my favorites teas as I was getting into them. I thought the sweet balanced incredibly well with the roasted.

Ah! Yes! How could I forget Oolong Supreme!? I literally own a tin of that one… It’s definitely not the same thing as Oolong Supreme though; I can 100% confirm that! I also greatly liked the Oolong Supreme though – it was probably the first straight oolong carried by DT that I was interested in enough to purchase it in more than a small sample size.