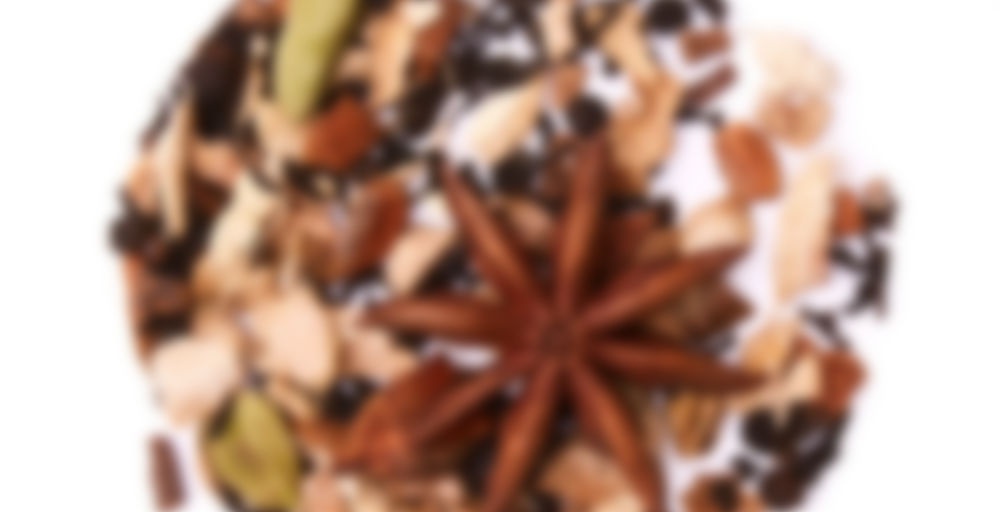 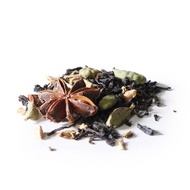 Bold, classic chai flavours with a spicy warmth and a sweet anise twist.

Sweater weather calls for classic comfort. With traditional chai spices like cardamom, ginger cinnamon and clove, this organic spiced black tea blend with flavour-forward notes of sweet star anise is our unique twist on the classic masala chai. Up the cozy factor by adding a splash of milk and sugar for a creamy chai latte that’s as warm and comforting as your favourite fall jumper.

This tea tasted very much like a classic chai with anise/star anise as well as the usual chai-y flavours (cinnamon, cardamom, ginger). The base was nice enough to drink it straight, which I discovered unintentionally by forgetting to add milk. I liked this tea well enough but the flavour profile is not unique and I expect that equally satisfying chai can be found for much cheaper. Rating reflects value and lack of uniqueness, but this tea is nice and would probably make a fantastic chai latte.

This is such a classic chai blend from David’s Tea. Love to make this one as a hot latte. Doesn’t need any sweetener added and is the perfect cup of warmth.

So, this one has been in my cupboard for a bit now, and I think I should start focusing my tea drinking on those older teas.

When I worked at DT, my one coworker said this one was the closest to the tradition India chai that her and her family drank as she was growing up.

I really do love this tea. It’s strong and bold and has lots of flavour. But the one thing I could do without is the star anise. I’m not a huge fan of that licorice background taste. But I will drink this one up as I do enjoy it otherwise. I think when this one is done, I’m going to revisit the Saigon Chai though, as I use to be in love with that tea and I’m curious if I still am.

This is fine. It’s a bit more anise than I’d like but still a tolerable amount. The mix of spices is also alright and balanced/not muddy. Honestly though, if I am having a chai latte, it will be the Chaiwala one…or some flavored variety like DAVIDsTEA’s Pumpkin Chai. So this is rather middle of the road for me, which makes it one that is probably forgettable and one I likely won’t be getting again.

I’m finding some old tasting notes that I never added to Steepster, so will update with some of those today. This is one of them.

Good, but too much star anise, too licoricey. Will finish the 4oz I have, but wouldn’t purchase again.

The other new Chai tea that officially launched today!

Of the two that launched, this is the one that I personally prefer – though as I’ve stated it’s still not something that I love because I don’t really resonate as strongly with Chai blends as other tea types. That said…

Compositionally, I’m really impressed by this blend – it’s very heavily inspired by a Masala Chai and it’s got a very classic, traditional taste/ingredients list. I think that’s something that’s sort of missing from DT’s Chai assortment – something simple and very traditional, but with high quality ingredients. I that very begrudgingly, because I think we carry too many Chai blends as it is. However, sometimes people don’t want the crazy, twisted take on a classic (aka S’mores Chai) – they want the OG!

So yeah, this is our new “house chai” – a nice, classic Masala inspired chai!

You get a bit of everything Chai Spice: cinnamon, clove, black pepper, cardamom, and star anise! I think it’s pretty balanced, maybe a little more ginger and star anise if I had to pick out two aspects to call out? I like that mix though; you get a little bit of actual heat/warmth from the ginger but the star anise is rich and sweet and provides contrast! Plus, star anise is just so pretty – isn’t it!? I fucking love star anise (and clove) and that lovely anise note in the cup is the highlight of this blend for me personally – I’ve actually made this a fair amount of times just because I specifically was craving that note. However, for the people who don’t enjoy that taste I don’t think it takes over the cup in any way – it’s there, but balanced with all the other things to create a complex, and full bodied chai.

I’ve had it with several kinds of milk at this point, but my favourite has BY FAR been coconut milk – it feels like the kind of Chai tea someone’s grandparents could have spent all day brewing up stovetop for you, the traditional/“from scratch” way, and the coconut adds the most amazing creaminess and silky mouthfeel.

Highly recommend trying this out with coconut milk if you like Chai lattes!

EDIT: I forgot to mention that there’s ZERO flavouring added to this blend! Which, I think, it really cool!