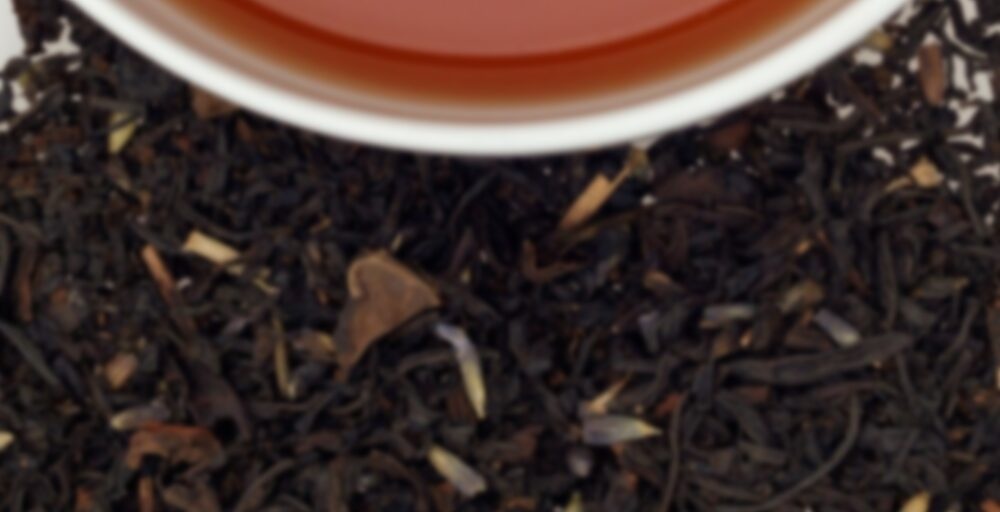 Victorian London Fog was the winning blend in our customer creation contest! Thousands of blends were submitted and we let you all choose between the top 5 flavors!

The beverage called London Fog originated during the Victorian era. Traditionally, it is an Earl Grey served with steamed milk.

Very nice balance of tea and fruit/floral flavors. Fragrant and delicious with milk and honey.

What fun! I’m happy to be a part of this group! I have two cups of tea a day, and often try different ones in the morning and afternoon. In my past, I was a wine-tasting enthusiast, but this is more fun, costs less, and I get to do it twice a day.

A nice Earl Grey with scents of vanilla, but just scents. No actual vanilla taste. I can’t taste the lavender, but I’m okay with that.

This tea smelled so promising in the bag, but the flavor didn’t translate into the cup. I get a little hint of dull lavender when I’m focusing on it. Maybe something masquerading as citrus? The whole cup is dull and depressing and I overleafed this one a touch. I don’t know what it is about Harney teas, but it’s rare that I find one I enjoy!

We all have companies that we just don’t gel with. There are several teas that I really like from Harney, but for some reason they’re not the popular ones. shrug

I have a sample of this one I still need to try. Aside from Paris and Bangkok, I’ve also found that the rest of the teas I enjoy from them are not the popular ones.

An Earl Grey with floral lavender and vanilla. What’s not to like? I actually don’t think I have had a tea with lavender before. Maybe I have had a herbal tea before but definitely not a black one.
It’s supposed to evoke the aroma of a London Fog, a beverage that consists of Earl Grey tea with steamed milk, vanilla syrup and sometimes lavender, so the ingredients in this tea definitely make sense based on this. I don’t know what makes it Victorian, though. According to Wikipedia, the London Fog beverage was invented in Vancouver, Canada in the 1990s, not during the Victorian Era like H&S claims.

The steeped tea smells mostly of bergamot and lavender like the dry leaves, but the lavender is stronger now and the bergamot more subdued. The vanilla is there as well but it’s very faint. The vanilla flavor is not nearly as strong as in their other vanilla flavored teas like Paris, Tower of London, Florence etc.
There is something about the herbacious lavender that makes this tea smell a little like hay or chamomile to me. I don’t why.

When you taste the tea, you clearly get the bergamot and lavender. The vanilla is once again very subdued. I don’t know if the vanilla is supposed to be this faint – maybe I got a bad batch. I guess I will find out when I reorder it.
The black tea base is pretty strong, just like the tea base in their other Earl Greys (EG Supreme and EG Imperial). I would say medium to full-bodied in terms of tea strength.

All in all, this is a scrumptious Earl Grey with strong, herbacious and floral lavender notes and a touch of vanilla. It’s very, very good and is an excellent morning cuppa.

When I go into a tea shop here and order a London Fog, it is essentially a strong Earl Grey, some good quality vanilla syrup, topped up with steamed milk.

An American steepster mentioned that a London Fog also contains lavender. Was he referring to this tea or is that always the case?

Glorious weather today. Went for a walk with a friend and am now exhausted. Boom. Not even dinner time.

Wiki isn’t reliable, but I wouldn’t say lavender is necessarily (although it’s a welcome alteration, in my opinion). Also, it may originate from Vancouver, BC! https://en.wikibooks.org/wiki/Cookbook:London_Fog

That was a good read, CrowKettle. Thanks! Who knew there were so many variations!

My first and most memorable one was in a small cafe at a Blues festival in Niagara region. It was exquisite.

Ok, I love Anne’s various Earl Grey experiments and wish she’d make it, as a rotating thing like her vanilla black, a permanent tea. Wasn’t expecting to enjoy such a “traditional” tea from 52teas :)

In the meantime I’ll look into H&S for my lavender needs.

Actually, I’d be delighted if Earl Grey Cupcake or one of her other experiments were on regular rotation or permanent too.

Quite pleased with this one. Hope it does not disappoint. Placed my order during their 20% off sale which helped calm down the shipping fees.

Staple, gone through 1 tin and already bought another tin. Will always repurchase on every H+S order as long as there’s a sale.

This tea sounds amazing… lavender? Bergamot? Sign me up. Unfortunately the lavender taste is just not there but I see the little buds in there so i know I am at least getting some of the Lavender benefits. The bergamot is mild too. Its just a mild tea and the base is not too crazy. I like it and enjoyed the tin but its not a must have.

This is a lovely Earl Grey variant. I love the lavender and the floral taste to it. It is very creamy also. Which is good because I didn’t realize before what a giant bag of it I bought so I have enough to last me a while.

This is our go to Earl Grey. Everything about it works for our household. A great take on the classic formula, the additions of lavender just balance things out quite nicely. The lavender’s there but not overpowering at all.