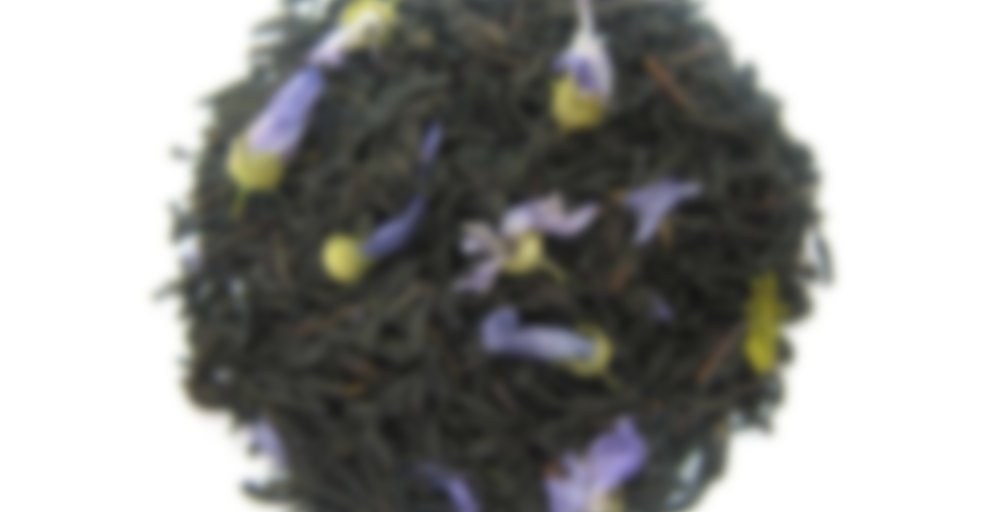 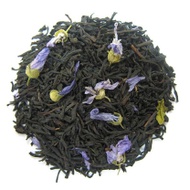 Oranges, passion fruit and red fruits united in harmony to bring you a balanced blend of delicious flavours.

The aromatise a la fraise

It seems that a lot of different French tea companies have a “la lune” tea. I am not sure if there is a story behind this, but I would like to know it.

This one is quite the bouquet of fruits. It is pretty good. I am finding the black tea base is thick and malty. It is fairly strong. I am getting nice strong flavours of blueberry, passionfruit and citrus. There is some red fruits/currant flavours closer to the aftertaste. I feel like I am getting some mallow root as well. As the description states, this was is really well balance, even though there are a lot of fruity flavours in the tea.

And this is why Steepster gets on my nerves. This doesn’t come up at all when I searched for the tea and yet it’s been on here for several days. And that was with the right name! I tried both and then just used the other one and that’s why I couldn’t find it.

Whatever. Here’s my moved tasting note then.

Since I stayed home today I figure I can get my backlogging started. I couldn’t help but get this one as one of my samples. It seemed like such an interesting mix of fruits. It was okay, I kind of wish I knew what the proper way to steep it would be, because I have enough to do another cup and I’m not sure if it would be better suited to a higher temp and/or a longer steep.

Everything just kind of meshed together into fruity black for me. Good, but I’d love to taste all the fruits individually in there.

no worries Amanda. I am always confused with steepster with French teas…because for us Froggies Tea= Thé but when american type Thé…the qwerty keyboard doesn’t allow the accent on the E …and then I am confused because sometimes cannot find a Thé of something….because the entry was done with the … and I think it is not on the database :)

LOL! I just added the accent! Hope that helps!

Yeah I can type it because macbooks are nice enough to allow for it easily by holding the key down and clicking it. I don’t understand why Nina’s doesn’t put them in there. I searched just “sur la lune” yesterday and only the Mariage Frères came up so I thought I had to add it. So I went to the catalogue Nina’s sent and it said “The sur de Lune” so in it went. Didn’t bother to think you know that makes zero sense. Then I try to change it and magically it’s there again. I’ve had that problem when I added new teas too, I had to save them to my cupboard in order to ever find them again because search doesn’t recognize them.

Such a romantic name for a tea, hee. This has a very fresh berry scent (particularly raspberry, one of my favorites, yum…I used to like Bigelow Raspberry Royale as a kid) dry and steeping. Tantalizing. Makes me think of being a kid with a friend down the block with a backyard full of bramble bushes, picking all sorts of sun-warmed juicy berries in the summer. The citrus goes really well with the fresh berry notes; you worry it might end up TOO bright veering toward tart, but it’s not. Nice and smooth, with the black tea faint but steadily present in the background, grounding everything, keeping it from being too sharp. Berry teas (and citrus ones for that matter) are very hit or miss for me when paired with black bases, and this is a lovely one. No bitterness or puckering, just fragrant and light which is what a fresh berry tea needs as it’s not a heavy cold weather-type flavor for me. Reminds me a little of some of Harney’s nicest fruity black teas. Very happy this first Nina’s is a hit!

so glad you like it! =0) i’m being such a scrooge about your teas. drink a cup, hoard a cup. lol.

haha, i know the feeling! BTW, thanks so much for giving me enough of all these fancy teas i can make more than one cup! awesome. (:

i try to give enough that people can do what i usually do which is bungle he first cup, lol. i think we sent each other the exact same amount! =0)

Yeah! I finally get to drink some tea! Check out the picture of this one. It looks alien. It smells delicious. I sipped this hot, but the taste reminds me of a grown up shaved ice drink. I imagine this would be awesome iced with a little sugar. There are several different berry and citrus ingredients in this. I personally could only separate out the blueberry. It all blends so perfectly, maybe too perfectly? Nice lingering aftertaste. I sipped this slowly and enjoyed every sip.

My last sample from Nina’s that I’ve had a while! This seems like it has a ton of fruit flavors in it… just because it isn’t technically tasting like any fruit really. If it really doesn’t taste like any fruit, it could be any of them, right? The steeped tea has a fragrance most resembling raspberries and a hint of strawberries. I think I steeped too long because the base is a bit overpowering…especially over the fruit flavors. It’s a bit astringent and strong after five minutes. The second steep was for three minutes and was a bit better. Not bad but I think I liked the other teas from Nina’s a bit better, even if it was the same black tea base.

Damn, steepster ate my tasting note :( I don’t want to re type but I guess I will a little. I was hoping for more fruity variety in this one but mostly got blueberry and maybe some raspberry taste. I was hoping to get some taste of passion fruit at least but nope. I almost bought a bag of it, so it’s great to have samples before. Thanks for the sample Laurent :)

i feel like this is a tea that i SHOULD like..but it was 100% NOPE when i tried to drink it. Something about the way the flavours were blending together made this undrinkable for me. blech.

My morning cup of tea!

I feel very accomplished because I did a lot of things this morning that I needed to do; I called my manager at Sobeys and fixed the schedule problem I had for tomorrow, I messaged Lee and let him down as easily as possible (while still being firm about my position) and that went more smoothly than I expected, and I called my Mom and got the shipping info I needed to finish my Dad’s Christmas present so now I’m all done Christmas shopping! Hooray!

In regard to the Lee thing, he basically got angry and acted like I had wasted his time despite us never actually even going on the date, and then told me to take his number out of my phone which may be a bit extreme but it’s less “Death Threat” or “Rape Dungeon” than I was expecting…

And, all of that while sipping on this tea! I couldn’t for the life of me remember what was in it though, but taste wise I was certain there had to be blueberries: this is so strong on the blueberry notes. It’s different than Blueberry Jam too; this is almost more candy sweet where as, while Blueberry Jam tastes syrupy it’s in a more natural/raw way? Does that make sense? I also thought I was tasting oranges in this but then I remember I had been eating Orange Cream chocolates on the walk home so I discounted that, but now looking this up there actually is orange flavour in it so now I’m not sure if I was actually tasting that or if it was from the orange in the chocolate. Didn’t really taste the raspberry or passiofruit but perhaps they were just a part what was, overall, making the blueberry taste more candy like?

Also, I was sure this is a black tea but Pu’Erh leaves are the listed ingredient. Really? This is so mild compared to pretty much any Pu’Erh I’ve ever had – and I didn’t really taste anything earthy either. It was so smooth. So not that I’m complaining because it was delicious, but I’m really shocked/surprised?

Anyway, thank you VariaTEA – I really look forward to my last cup. This is pretty close to being up there with Japon and Jamais Vu as favourite Nina’s Paris teas.

Glad that the whole situation with CreepyGuy turned out relatively ok. Sounds like he needs a big lesson in the idea of friendzoning…

Phew! Glad that didn’t go too badly. Best of luck dealing with him when you see him at work.

This one is the favorite of the 3 Nina’s Paris I tried for this batch of Oolong Owl tea reviews. The orange flavor is awesome – sweet and kind of like clementines. The earthy base compliments the berry flavors nicely. The finish is raspberry and blueberry, with a lingering raspberry taste. Another tea I wish I had more so I could try it iced.

I think I like Magicienne and Marie Antoinette a little more, but this one is pretty good right now as I’m hurting for those tasty summer berries!

Full review on my blog, The Oolong Owl http://oolongowl.com/ninas-paris-tea-review/

I do really enjoy this tea, I just never reach for it. I really should though because this is sweet and delicious. Rich fruitiness from the blueberries and yet a candy-like quality from the mallow blossoms. Also, I am always shocked that this has pu’erh because I don’t taste it at all and thank goodness for that.