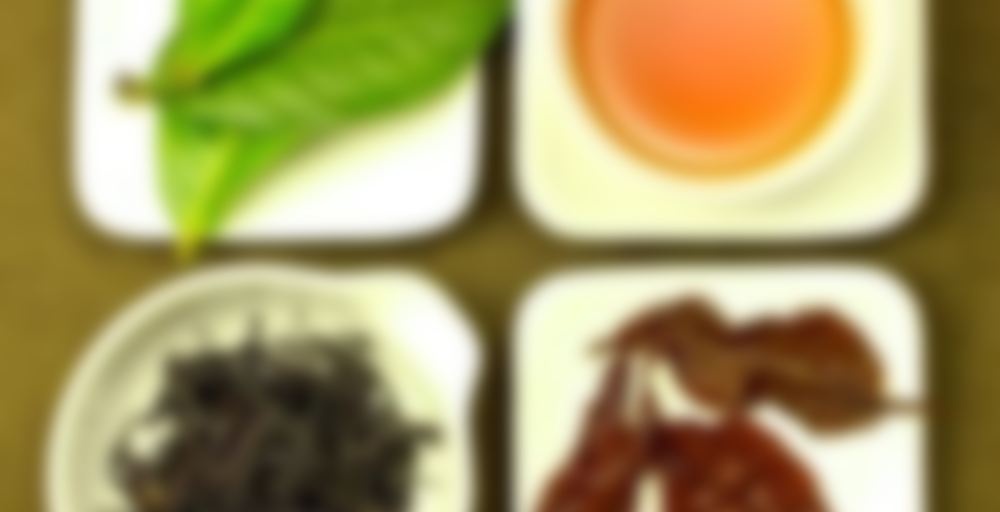 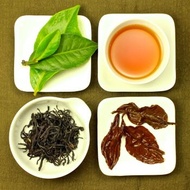 by Taiwan Tea Crafts
78
You

The exuberant and exotic aromatics of Taiwan oolongs is undisputed in the tea world. Nowhere can we duplicate Taiwan’s rich terroir for tea growing. Consequently, it comes as no surprise that Taiwan’s offering in black teas can be equally fragrant and expressive! One of it’s most impressive and representative black tea is undoubtedly Red Jade.

Its long, beautiful twisted leaves are of the recently introduced TRES-18 hybrid which is a cross between an Assamica strain from Burma and the local indigenous wild tea strain, also called Shancha which is made our Yuchi Wild Mountain Black Tea, Lot 139. Developed by the Tea Research and Extension Station’s Yuchi branch, this unique varietal proposes the full character and body of an Assam with exuberant fruity notes of wild plums, hints of cinnamon and a fresh menthol finish. This unique black tea is surprisingly generous and may be re-steeped several times similarly to it’s famous Taiwanese oolong cousins.

Another tea from Sil, Thanks! You’re slacking on your reviews, sister, get with it! ;)
THIS is more like it!
I’m enjoying these teas from Taiwan Tea Crafts. I’ve decided I like the Assams from Sun Moon Lake. They all share a rich fruity flavor that is very different from the Assams I’m used to, but in a really nice way. This one is really lively in the mouth, with a full sensation, & a nice high note that reminds me of Apricot.

WOMAN! don’t start with me..SOMEONE sent me a bunch of tea that basically ends up being what i drink for nearly the entire day…

also… you need more sipdowns. pretty sure i’m still under you :P

Touché
LOL :D
Which reminds me, I’m leaving for FL tues! I gotta figure out what teas I’m taking.

Terri….same boat for me next week…so few teas that ill be able to drink…basically away from them for nearly 10 days. Grrrr… Looks like ill need a work from home day on thurs heh

Not sure why you’re bothering to bring tea with you, sis. You will probably immediately find local sources to feed your tea buying compulsion.

Actually, according to Perez, there is nothing of any worthiness in Orlando, lol. Last time I visited mom & dad, she had a collection of bagged teas. No further comment. :)

Also, I’m broke. The only reason I can afford the flight is the reward point on my southwest card.

terri – we need to coordinate trips to orlando next time.

That would be awesome!

morning tea….seriously..my cupboard is exploding at the seams in the midst of attempting to move apartments…this was tea this morning in an effort to at least try to keep up with ONE of my 2 tea goals… it’s not working very well… the updated count for today is likely over 200…. eep! Still enjoying this one a lot, but i really do want to make sure that going forward, i’m only getting the smaller sample sizes from TTC so that i can drink them up faster :)

Actually, I feel that I exercised great restraint on the box this time. I think the only thing extra that I sent to you was the LB, & that was to ease your suffering :)

you make this sound delicious!

It is so delicious!!!

I wonder if it’s still available? So tempting to use some of my Christmas money instead of saving it.

WAIT. What am I thinking? I shouldn’t be buying tea…

Sil, I’m confused. This tea is this one, right?
http://www.taiwanteacrafts.com/product/red-jade-black-tea/
Just a new lot? “Just”. I know.

Man, I could get 2 teas, hit their free shipping threshold, and be golden. And also off-hiatus. Hmm.

I still have some of this one…so worse case we can trade! Always happy to swap with friends

Oh, I would love a trade – would you trade with me? I could send you soemthing nice.

I can tell this is an assam now that it’s been sitting (I’m almost done my 16 oz mug! This is unheard of!), and it’s still SO GOOD.

I think I will go off hiatus. But next week, because I just paid for a yoga class with the money on my card. :D

oh and yes… they cycle through lots.

sun moon lake assam; red jade black; yuchi wild mountain; and if you like stacy’s Mi xian, they have one that’s nice…

we haven’t tried the golden dragon kind yet..

also TB and Terri liked the oolongs quite a bit…to me though, they were oolongs. :) The one green tea of theirs i tried was pretty good too…if you like that sort of thing :)

Oh man. :( You’re really tempting me to break my hiatus.
But. They’re not on sale right now right? So there’s no reason to do it now?

Their greens are sold out. I was gonna get the sun moon lakes, just because of the name! :D Yep, I have a cart prepared. :)

cavo. exactly. they will still be there (different lots) when you have money/return to buying tea

I still got the $25 free shipping when I had some larger items in your cart. So if you love this tea, you’re probably OK ordering a larger size as long as this is your first order and your order has some samples.

Good to know! Mmm, tea. I might wait as well. Then go all-out for my birthday.

they have a 50$ threshold and a 75 as well, depending on what’s in your cart. sooooo many tea wares that i want. sigh

I just bought some of the Sun Moon Lake as well as some teaware. Vintage Yixing!

Oooh. will you post teaware pics when it comes in?

I will try to remember to do that. Currently I am populating a cabinet.

Drinking this at work tonight. Thank you ifjuly for the sample. I haven’t had many Red Jade teas but this is one of the better ones. I still think I like China blacks better than Taiwan blacks, but I’m still really learning about the different blacks.
This is a nice black tea, I’m not sure I really understand what I like/don’t like about them. I’m not getting a lot of fruity, and none of the mint finish (that would be a good thing for me). All in all a solid black, but there are several that I like more than this. I don’t think it would make the short list for restock – but am really happy to have tried it. Thanks ifjuly for another really nice tea.

I was bummed a little because the amazing first few cups never came back after about a week, especially the awesome mintiness. I’m thinking I must not have properly stored it, but that seems kind of odd given it’s black tea…not sure. IIRC someone else mentioned either for this one or another TTC black tea a similar experience of really loving the first cup of something and revisiting to find a lot of the notes were gone. Weird. It’s still pretty good now without that note, but it was fantastic before.

Hmmm… I made this one a few days ago and it was amazing. Then I made it just now and it’s not so great. Not sure what I did differently, but I’m not tasting any of the fruitiness of a few days ago. I’ll have to keep track of my steeping parameters from now on.

At first this smelled like a lot of the fancy straight blacks I’ve had from Teavivre and Butiki etc., that smooth sweet starch (and I admit that made me think “here we go” as I’m a little bored with sweet potato tea..they’re good, don’t me wrong, but I’ve just had so many of them), so the flavor took me quite by surprise. It’s fruity, juicy, and slightly minty. Yet underneath it still possesses that nice rich Assam flavor. Now reading about it I guess that makes sense, as it’s an Assam strain with a Taiwanese wild mountain black. It tastes as good as you can imagine given that pedigree, with the sweetness and smoothness of Taiwanese tea but robust depth of Assam. Really good, lives up to the hype! Thanks to Sil and Terri and whoever mentioned TTC in the Misc. Sales thread, ‘cause there’s no way I’d have known about it otherwise. This is definitely a keeper.

…Man, that cooling mint at the end of the sip is really awesome! It freshens you up to be able to enjoy the next swallow’s fruitiness.

This is like a cup of liquid honey. It’s pretty nice so thank you Sil for the opportunity to give it a try.

This will have to be in my next TTC order. Ahh!

Still a pretty average straight black tea in my humble opinion. Fruits notes were consistent, but there was a lot more maltiness in this timolino worth of tea. I prepared it the same way though, so who knows.

The day I drank this I was incredibly stressed out at work though. Just one of the most stressful shifts I have ever had. Not just at Dollarama – but at any place I’ve worked in general. I felt like my head was gonna blow up at the end of my shift. Ughhhh….

So, Tre and I went out for supper afterwards to kinda relax and “wind down”. We eat out/order in too much. Food was tasty though. I “snuck” this into the restaurant and drank it with my meal. And by snuck, I asked really nicely if they’d mind if I drank my own tea. The staff is very nice (and maybe could tell how much of a mess I was) and said it was totally fine…

I gave ’em a really big tip because they were so awesome.

Backlog
Another sample from Terri HarpLady – thank you
Gongfu
5g 100ml gaiwan 200F
Rinse/15/20/30/45/60sec etc
Thick waivy black leaves. Nice deep flavor. It’s not that sweetness that I associate with Taiwanese blacks. It has more Assam profile. While it’s not my favorite, I’m very happy that I tried it.
Thank you Terri !

I thought that TTC’s Ruby Red is too aromatic and not full enough in body.

It is full bodied at least to me. I was looking for Taiwanese fruitier sweet flavor. Nope. Even in description they mentioned Assamica strain

THIS is how you start your day. :) Thanks Sil!

When I took my first sip, I thought this was struck by how different it was from my other TTC tea – Sun Moon Lake 147. This was darker, thicker, and reminded me somewhat of Teavivre’s Bailin Gong Fu tea. With subsequent sips and I can taste fruit like apricot or peach. It smells malty and delicious too. After reading the description, I was able to pick up on the cinnamon notes, but the menthol has eluded me. That’s ok. :)

I’m currently rating this at 80 because it’s really good, but not quite at the point where I’ll be daydreaming about it later. At least, I haven’t yet. :P