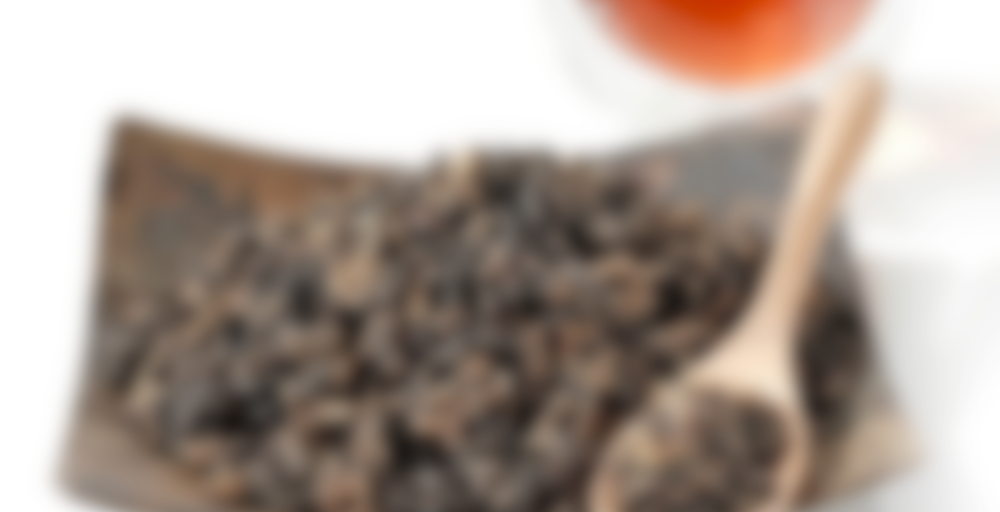 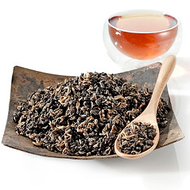 Tying the knot is the ceremonial bliss of the soul-mated bud and leaf. A delicate union, this is a ‘meant to be’ tea found 2,000 feet atop the famed Yunling Mountain Range of China then hand rolled into a coil of sacred perfection. Gold and black intertwine as one, creating a unique copper hue with sweet honey notes singing legendary declarations of devotion.

Sending the rest via the Replacement Box :)

Hmmm, the first steep I made of this was entirely too strong, not really bitter, I don’t think (I had it before dropping the dog off at the regular vet this morning, so I was more focused on her than the tea)—just not right. It had a mild astringency which was unexpected (don’t ask why, I don’t know), and so rather unwelcome. I used 1 teaspoon of leaf to 12 oz of water, probably too little leaf, and steeped it for three minutes, which, reading other reviews, might have been a minute too much. I don’t quite know how to describe what was wrong with the first cup, it just wasn’t right.

The second steep is better, not so astringent and strong, was done for four minutes. It does resteep well, though I don’t think I’m going to push these for a third resteep. I think I need to brew it with more leaf and less time before I make up my mind about this tea. I wanted to love it immediately, I did buy four ounces during Teavana’s sale, so I have plenty.

I hope your dog is ok!

blech, well hopefully the next cup will be better!

She is ok. Instead of pancreatitis, like the emergency vet thought it was, is was enterocolitis. Basically, she ate something that REALLY did not agree with her and the inside layer of her intestines sloughed off (yes, it is as disgusting as it sounds like). Way better than pancreatis. She’s now back at home, still on gastric rest, after spending last night and half of today being pumped full of IV fluids. The only thing not okay are my husband’s nerves (he’s quite the animal lover) and our wallet. Bella is feeling perky enough to try and chase squirrels when she is outside, though she’s been unusually quiet (quiet in our house is so nice….)

Aw. I hope everyone is back to their normal self very soon!

Oh… this is GOOD. I’m not a big fan of Teavana, but, I have to admit that this is a really good tea. Very rich and flavorful, malty tones, sweet honey-caramel notes.

Thanks Ze_Teamaker! The leaves are so pretty! The aroma of this tea kind of reminds me of Dragon Pearls with it’s sweet notes. The flavor is just as delicious. It has the boldness of a strong black tea but has sweet, dark chocolate and caramel notes of a warm, fresh baked caramel brownie. Mmmmm I’m so happy I got to try this! Thanks again!

Glad you liked it!

Tried again at a little over 2 minutes with cooler water. Big difference in taste. Still has that maltiness. Very smooth on the tongue. Hints of caramel and oranges. The gingerbread thing is gone but the honey’s still there. It’s actually very sweet. I can’t say whether I prefer the shorter infusion at lower temperature or longer infusion with higher, but I’m bumping up the score anyway now that I know it’s got this much versatility.

I’m glad you seem to be enjoying it!

Yeah, it’s good :) Still experimenting with it, too.

Made some this morning from a previous steeping. This is becoming my comfort black tea. It taste so good with cinnamon sticks and anise mixed in with it.

Another tea I’ve been neglecting! Mmmm the malty goodness! I love this tea!

The last couple of times I brewed it, I did it with tea filters, but I brewed it in my steeper mug today, and I got to see how the leaves turned from the dry, teeny tiny knots into HUGE leaves! It’s quite awesome to see the change.

For some reason, this is reminding me of Thomas Sampson today. No complaints about that. :P I think I did brew it a little bit stronger today, though. Perhaps that’s why! Or maybe my tastebuds just don’t work as well this early in the morning. :P Normally, I get a rich, malty taste with chocolatey notes, but today it tastes like Thomas Sampson. :shrug:

That’s it! Malt! That’s what I’m tasting! Thanks.

This is one of my favourite teas so I’m not sure what happened, but it’s exceptionally bitter today. Had to sugar the crap out of it to make it drinkable without making faces. Unfortunate.

I steeped 20oz of this yesterday morning, and this morning I was craving it as soon as I woke up! I put a little extra raw sugar in it, which sends this black tea over the edge! So very good! It has warm honey undertones.. a must have for black tea drinkers! Just don’t forget to put a little extra sugar in it to reach the right amount of “oh, yes!”

No matter what I do I just can’t get a rich, strong out of this one. I added more leaves and steeped longer with a slight increase in flavor but still not enough for me. I will try this again and hope for better results.