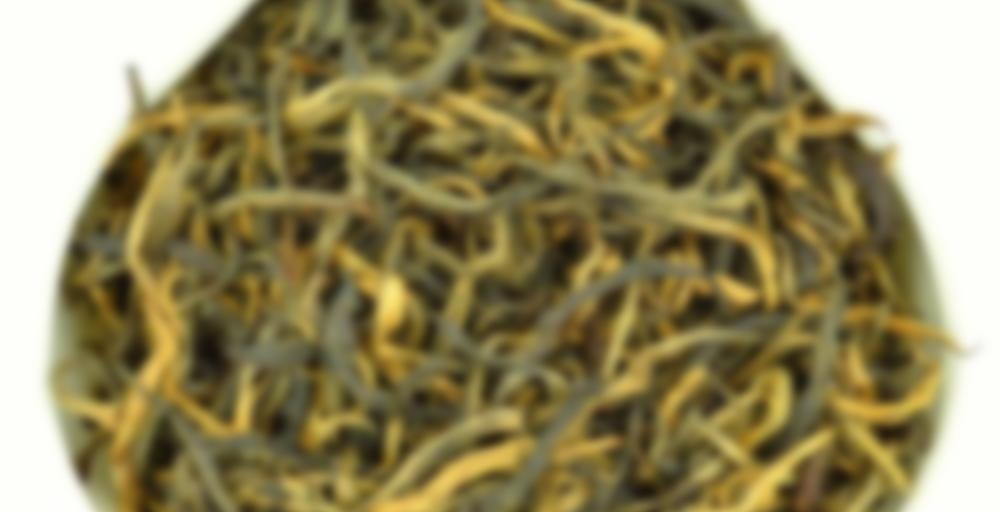 Processed with very light oxidization and roasting this Feng Qing area tea has a strong taste with some astringency and a long floral sweet after-taste. This tea will continue to age and develop over the years.

This was my most recent sipdown. I stayed up late last night and ended up finishing the last 17-18 grams I had of this tea while listening to cheesy European heavy metal. It was a very pleasant evening. I used to unwind like that a lot more than I do now. Things have been way too hectic on my end the last couple of years. Anyway, this was a very nice Yunnan black tea. The Feng Qing Tea Factory continues to impress me.

Prior to the rinse, the dry tea leaves produced aromas of malt, honey, chocolate, sugarcane, cedar, eucalyptus, and sweet potato. After the rinse, I detected aromas of roasted peanut, fennel, anise, black pepper, and banana as well as subtler scents of roasted almond. The first infusion introduced clove, baked bread, and vanilla aromas. In the mouth, the tea liquor presented notes of malt, cream, chocolate, cedar, black pepper, eucalyptus, clove, fennel, baked bread, sweet potato, and earth that were chased by hints of vanilla, banana, sugarcane, and roasted peanut. After each swallow, I also noted impressions of orange zest and apple lingering in my mouth. The remainder of the infusions introduced aromas of earth, pine, juniper, birch bark, cinnamon, marshmallow, roasted pecan, plum, and apple. Impressions of honey and anise appeared in the mouth alongside hints of roasted almond and slightly stronger notes of sugarcane, orange zest, and vanilla. I also noted impressions of minerals, butter, green beans, pine, juniper, marshmallow, cinnamon, birch bark, roasted cashew, and roasted pecan as well as hints of plum, celery, and leather. As the tea faded, the liquor emphasized notes of minerals, malt, earth, cream, and orange zest that were underscored by subtle hints of cinnamon, vanilla, clove, black pepper, roasted almond, roasted peanut, and eucalyptus.

This was a very nice Feng Qing Dian Hong with the expected herbal, vegetal, earthy, and spicy characteristics that make Feng Qing black teas so unique. I could also tell that this tea was at a point where it was really coming into its own. I kind of wish I had some of this tea left just so I could attempt to gauge how well it will continue to age, but alas, I had to go and drink all that I had.

This is a solid black tea. Gongfu style for this review. Plenty of malty flavors, along with a yeasty note and a little floral as well. Pretty nice. I may prefer Western style for this one, but gongfu is interesting and tasty. Will have to compare number of steeps between the two.

A fine daily drinker. It offers a nice balance – not too sweet, not too nutty. It has everything you want in a black tea – nut, malty sweet, sweet potato, with hints of fruit (blackberry) and green herb (sassafras?)

Overall, the whole experience is fairly subdued. It doesn’t really have any one thing that jumps out. Its personality is more about balance, smoothness, and delivering on the promise of a black tea – no surprises, but certainly no disappointments either.

strong malty and baked potato, wood shavings. bit of something sweeter like marshmallow.
Palate is round, soft and malty with touches of smoke. as my morning tea, this is just fine, but not very complex.
Curious if this will change with time