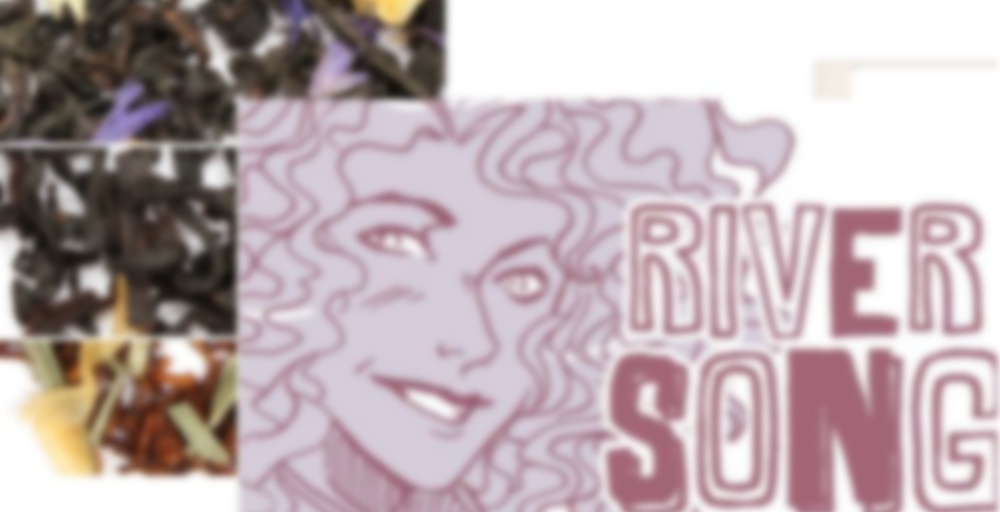 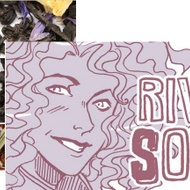 I could describe this tea, but that would be spoilers.

This is a tasty blend!
Nicely lemony, a bit creamy. The flavors are bright & tangy, just like River Song herself!

River Song, you suck. Blergamot! yuck. I figured i would start with the teas in my pack that i knew i would be less enthusiastic about, but still hopeful. This is blergamot.

I’m cheating and removing this from my cupboard because i know i won’t drink the rest of it. Instead i’ll parcel it out to share with swap friends who want to try it or (looking at cavocorax), want more :)

also in terms of flavour…this really just tastes like an EG to me..that’s maybe just a little creamier? maybe?

when I first read the description I thought this sounded really good – and then I took a second to break down the individual components and realized it actually is probably something I’d be less than enthusiastic about taste wise – and that really I was probably only excited because of the character.

Mmm, blergamot. I’d take that over poo-erh any day. :p

You and me both Fjellrev!

Okay so this is pretty good too. I noticed these Adagio teas have a certain… je ne sais quoi… smoothness or mellowness. I like it. I still like the TARDIS blend better. (I still dream of that blackberry mouthfeel.)

This is nice and creamy and enjoyable. My only complaint is that I would expect more attitude/zing from River.

So, when I found out that River will be returning for next week’s finale episode, I did a little happy dance! And then I promptly brewed a cup of this tea to celebrate. :-)

Yum, this is pretty great! Thanks cavocorax! Although, agreed: would expect something not so mellow from River :DDD (She’s so totally my fave, can’t help it.)

Anyway, before I read the spoilers! I thought it was citrusy-caramel, and wasn’t far off – coconutty citrus, I guess? It’s a good mix.

I totally love her too now that I know more about her.

Cara captures yet another character perfectly. Smooth, yet exciting. A promise of adventure, whether you like it or not.

The creamy earl grey moonlight is perfectly complemented by coconut. The rooibos barely comes out, but the lemon is there very lightly. All in all a great tea. I think my brewing on it could do with some tweaking.

I’m currently watching The Time of Angels/Flesh and Stone, so it seemed like a good time to have a cup of River, since I watched Silence in the Library/Forest of the Dead at 4am on Christmas morning and didn’t feel like tea. I’ve always really enjoyed this blend, and every time I drink it I wonder why I don’t drink it more often. I don’t think I’ve actually looked at the separate ingredients until now, though – it always seemed like a bit of an enigma, only now that I’ve read what’s actually in it it makes perfect sense, a bit like the character herself. This is first and foremost an Earl Grey tea, but it’s soft and creamy rather than harsh and chemically. The bergamot mixes very naturally with the lemon, and the cream and vanilla complement the coconut. Overall I think it’s a very well thought-out blend. Citrussy bergamot and lemon in the initial sip is rounded out with cream and coconut which though only really present as a creaminess at first is much more pronounced at the end of the sip. The bergamot fades and the aftertaste is mainly lemon, cream and coconut to me. It actually reminds me quite a bit – in aftertaste only – of Butiki’s Lemon French Macaron. I am guilty of frequently overlooking this tea, but I actually think that if it’s still available I might pick up some more when I eventually come off my no-buy.

The more this cools, the less flavourful I’m finding it. This is definitely one that’s best when still hot.

ETA: I drank this with milk and half a sugar. The sugar brings out the lemon note more, and milk tackles the mild astringency and brings out more of the coconut.

After yesterday’s success with Rose Tyler, I was more than up for another earl grey blend this morning. River Song has a base of Earl Grey Moonlight, which is Adagio’s vanilla/cream earl grey. It also contains Rooibos Lemon Cloud and, looking at the dry leaf, it’s about a 50/50 split between the two. There are a few strands of toasted coconut running throughout as well. I used 1 tsp of leaf for my cup, and gave it 3 minutes in boiling water. It brewed up pretty dark, so I added a splash of milk.

I wasn’t sure about this one when I first read the description, which is probably why I’ve left it until now to try. I’m really impressed, though! The initial flavour is coconut, and it’s a smooth, coconut cream kind of flavour, with none of the soapiness I sometimes get from Adagio’s coconut blends. The lemon emerges in the mid-sip, and is bright and citrussy, but also a touch creamy in the way of lemon mousse. I can detect a touch of bergamot right at the end of the sip, but it’s barely there and by no means overpowering. It does cut through some of the rich creaminess, ending on a sharper citrus note, which is welcome after a few sips. Mostly, though, this is a lemon and coconut cream blend, and it’s as delicious as that sounds. A real tropical dessert tea! I didn’t expect to enjoy this one so much, but it just goes to show I can still surprise myself. An unexpected hit.

Hello sweetie! This tea is delicious! It almost reminds me of earl gray with cream but it has more flavors than that. It has a lemony note that’s bright and blends marvelously with the cream/vanilla. Almost dessert like :3