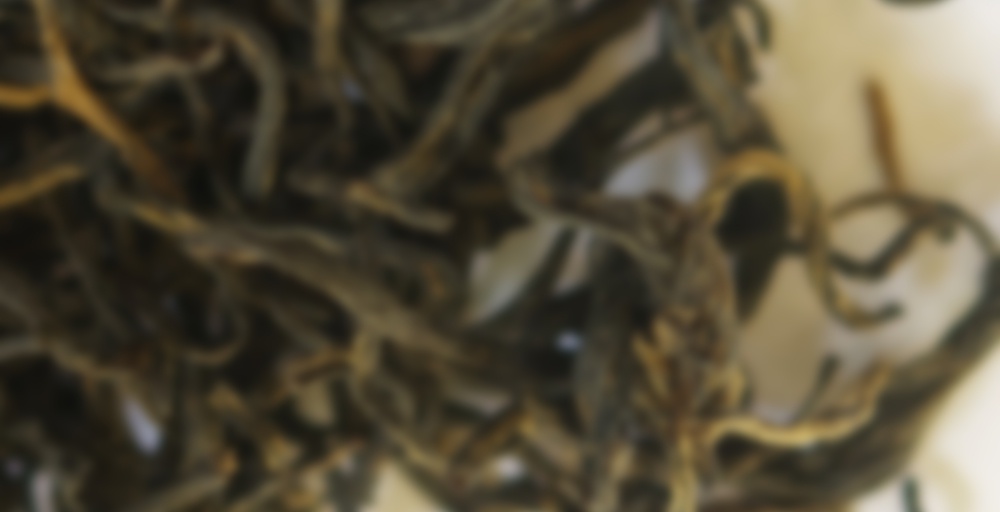 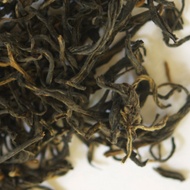 This black tea from Fujian (Wuyi Mountains) has beautiful full leaves, slightly rolled into thin twists. The vegetal aromas and malty, nutty and chocolatey notes are superimposed on the bittersweet character of the liquor. The presence of buds is also manifested by a floral and sweet finish.

So lately I have been looking through my tasting notes and finding which teas do not have short steeping notes. I don’t write about every cup of tea I brew, but I like to make one note for long steeps and one note for short steeps. Anyway,

I brewed this tea today and the flavours were pretty consistent up until the third or fourth cup. It doesn’t keep the main flavour of one long steep, but it’s similar enough. And then came the expected downward spiral of weakening tea flavour, but what really shocked me was the CIGAR aroma in my fifth cup.

I’m not disgusted or anything but it’s a strange thing to suddenly appear in my tea. I’ve tried some young raw puerh before and that’s given me a similar cigar aroma.

Okay so with these turn of events I had to keep resteeping. The sixth cup had an even stronger cigar aroma. I mean there is a hint of the original tea flavours but this was completely unexpected. By the time I got to the seventh cup the cigar aroma was almost completely gone. I kept resteeping it but the eighth and ninth cups were so weak and full of my original water flavour.

What a weird experience… I almost want to believe my senses just felt like trolling me this morning. ;) I’ll have to try and redo this again sometime to see if I can duplicate the experience. (edit: Tried this short steeped at a later date and it still had the cigar aroma with 5-6)

Opening my recently-arrived pouch, this tea just screamed CHOCOLATE at me. Rather amazing! The chocolate is a lot less apparent in the liquor’s aroma, which smells more green, but does show up flavour-wise. It takes a back seat to the nutty sweetness, though. Smooth and medium-bodied and delicious!

X is for… Xiao Zhong!

I actually had a few X options to pick from for this day, but they were all pretty hyper traditional teas and I didn’t really end up having time during my work day to brew up more than just this one with the care I felt it deserved.

I did make this Western style – but I feel like it came out really well! It’s very chocolate tasting to me, but really dark chocolate with a healthy amount of bitterness to it. I know Camellia Sinensis describes this as a bit vegetal, but I didn’t get that all. Aside from the dark cacao/baker’s chocolate type notes, I mostly got a bit of a smoky edge, some red bean, and a woodier/oak-y backbone to the sip. Full bodied, complex even as a Western brew, and just very rich with a long lingering finish.

Cannot wait to brew this Gongfu – I feel like I’m gonna have some high expectations now.

Drinking this at work today. That means it’s probably over leafed and over steeped – that would be my normal work parameters.
This is an interesting China black. I want to say chocolate, but it’s not – more like caramel. I think it’s a touch smoky, just a little coffee ish, and something resembling old library book. This is a big bold black tea. It does mellow a little as it cool, and then there are some stone fruit notes to it. It would probably be better if steeped properly, but for a work tea, this is making me happy today. I haven’t been drinking much tea lately and am really enjoying the caffeine (oh how I’ve missed you).

Thank you boychick, I am getting there. Tea at work today really helped.

Lol Nicole, old library book might not be a “taste”, more of an impression. I’m horrible at the – what does it taste like game. I’m more into how it makes me feel, or what it reminds me of….shrug, old library books….

No, I understand completely. It’s not like I’ve licked horses to compare when writing some of my tasting notes. :)

I think it’s a smell. Smell and taste are so closely entwined.

Sounds like an interesting tea.
I love all the comments in this feed, LOL.

tasty cup from waaaaay earlier today. We did a 2 hours ride in the hot sun (yes we’re dumb) and then a short walk afterwards… it’s good because it let me burn off the several pieces of “strawberry cheesecake ice cream pie” that i made and ate today. This tea? it’s not too shabby. I prefer other versions of this tea over this one, but it won’t be a struggle to finish this one off.