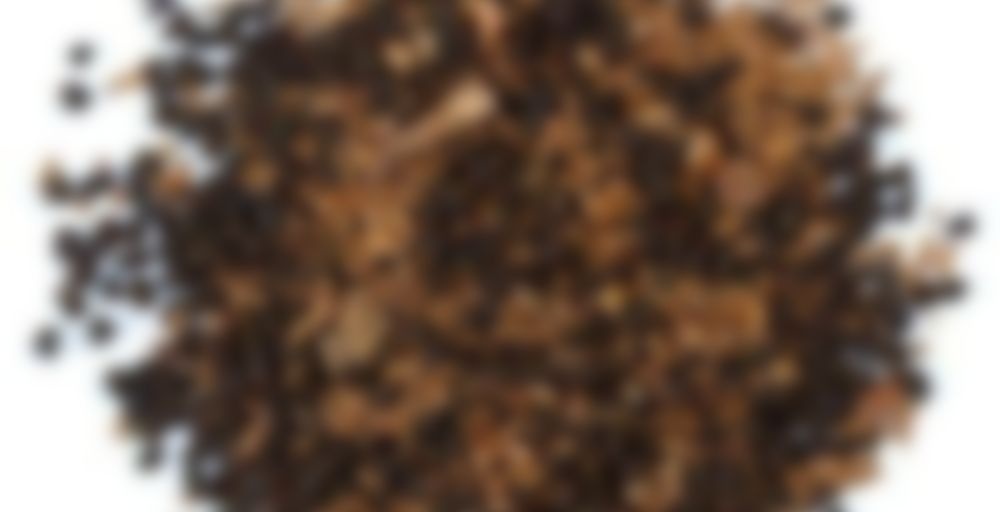 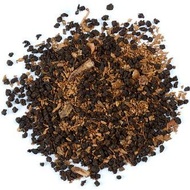 with 75 Ratings Rate this tea Rate This Tea

If you want a straightforward, traditional chai, this is the blend for you. It’s a simple, perfectly balanced combination of Indian black tea, cinnamon, cloves and nutmeg. Delicious when brewed on its own, and even more delicious when simmered in steaming hot milk on the stove. Why overcomplicate things?

Pure Chai simmered in almond milk for as long as it took me to do the dishes and shower, and then some used in my pancakes? Delicious! Coconut- and oat-flour pancakes have become my comfort food, and they are absolutely perfect to experiment with dumping different teas into. Neverending fun!

I love your reviews! They’re funny to read. :)

I got this as a free sample in my most recent order. This is not your typical spicey chai. It is however a very relaxing calming and soothing chai. Spices you find in apple pie and pumpkin pie. I loved it! You definitely have to appreciate and love cinnamon to enjoy this one because there is PLENTY of it in here. It was a great choice to wind down my night 2 nights ago. Yumm:)

I am a lover of chai.
This chai failed epically, and I’m really quite sad. It smells divine, and as it steeps, you feel completely justified in wandering off in your mind to a pure chai heaven, where the chai is full-bodied and has presence. Sadly, this tea—regardless of whether or not you add anything—just seems to fall flat. Drinking it sort of reminded me of those times when you unscrew the cap on an old bottle of pop, hear a satisfying loud hiss, hope it’s still full of fizz, and realize that you’ve been lied to all along: the pop is flat, and that hiss only raised your hopes before that inevitable downward plunge.
Brewing, this smells great; the taste, however, is thin, fleeting, and watery. I’m sad to say I won’t be repurchasing this one. It may be akin to blasphemy to admit this on here, but I actually prefer the k-cup chai by Timothy’s, and that’s just a fact. We like what we like, right?

Sigh, another chai that is better of as potpourri! Been there.

It really is quite the disappointment. My quest continues!

Even with added milk, this lends a somewhat dry mouthfeel, probably due to the cinnamon pieces.

Didn’t expect to dislike a chai, but there you go. I found this one to smell amazing dry, all the spices jumping out and bidding my senses hello. I was excited to taste it, and expecting to love it I added my milk and a tiny bit of sugar.

I’m going to have to try it without and black, because how I prepared it, what a let down. The cinnamon became more cinnamon heart and less pure spice, which just always seems fake to me. More disappointing though was that after the first jolt of flavour, each sip became practically tasteless. Big swallows or small sips, it was always the same. Bam, flavour, and then poof, nothing. I’d never heard of tea having its own chaser before, but there it was, with no followup!

I’m going to give this one another chance, because, well, I did go straight to the milk and sugar. But I really do think that the other chais are going to stay my favourites.

This one is only ok. It is not as peppery or spicy as I like. I much prefer the chai oolong from teavana.. it tastes more true to chai, and is much more spicy. This one is quite weak.. not the worst.. but definitely not the best.

Dude. I have a vanilla chai from the Thé kiosque that is potent as all get out. I will send you some of that and some of my citrus lavender sage.

oh that sounds fantastic… im going home eventually in the summer and will get to go to a teavana… but for now i’m hoping i can get some of the trades for the ones i realllly wanna try… vanilla chai sounds amazing… lol janet at work was telling me about some lemon chai she tried at a tea house in the country in ns.. it sounded unreal

Still working my way through the Chai Collection. Had this as I usually have my chai, with milk and a little honey.

It’s… well, boring, for a chai. This is the kind of chai my mother would like. If you think chais are too spicy you’ll like this one.

I like my chais more complicated with lots of spice and flavors. This is just black tea with cinnamon, clove and nutmeg, I taste cinnamon and a hint of clove. It’s not a bad tea but a dull chai. Think I’ll mix in some cardamom pods and some other spices next time or maybe use it as a base for my Sunday night chocolate chai by adding vanilla and some cocoa.

I brewed the Pure Chai today expecting it to pack no heat; I really miss any spicekick i this blend, as I noted before.

And if that’s what you want, David’s Pure Chai is lovely. It’s an Indian black tea base, with CTC leaves I think (they’re very small_ and great big chunks of cinnamon sticks. plus whole cloves. Neither spice nor tea dominates.

I still want to try this simmered on the stovetop, perhaps with some ginger tea tossed in.

No bitterness with the 5-minute steep, either.

Had this prepared as a drink in DavidsTea today. :) Definitely glad I tried it in store and didn’t bring any home, because while it was enjoyable enough to drink the cup it’s not anything I feel the need for at home.

It doesn’t really taste like a chai, it just tastes like cinnamon tea. Very good cinnamon tea mind you, but it wasn’t what I wanted. If in the future I feel a hankering for cinnamon tea, this is what I’ll get.

No steep or temp information, ’cause I have no idea. xD

Too weak for me to really like it. It’s a pretty decent black with a bit of cinnamon, but as a chai it fails to really impress. Doesn’t seem to hold up well to milk. There are other chais that I much prefer.