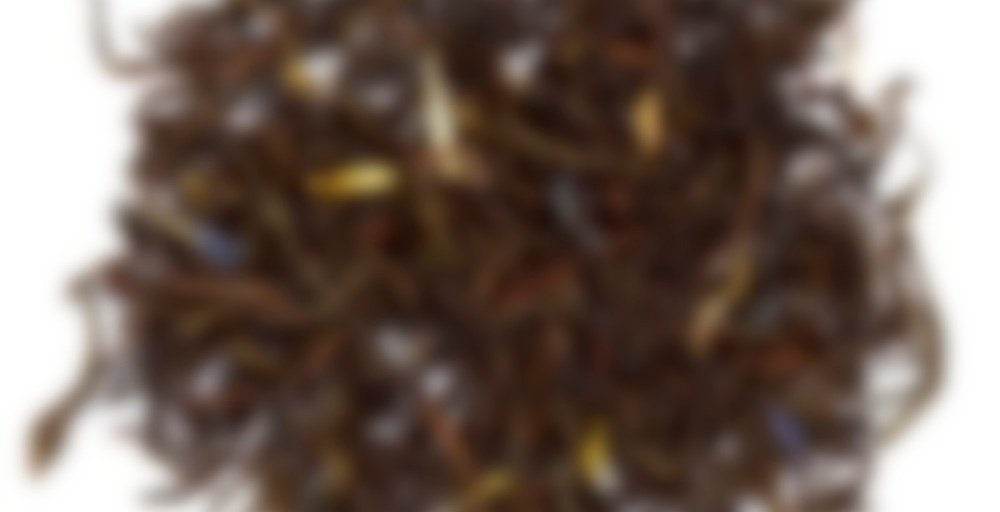 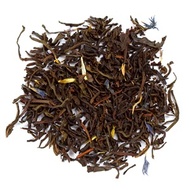 with 50 Ratings Rate this tea Rate This Tea

Everyone has tried Earl Grey. And yet this one is different. It’s made with an exceptional blend of rare, ethically-grown, high-altitude black teas. Pure oil of bergamot, a citrus fruit, gives it an aroma that’s headier than usual. And the cornflower petals add a subtly perfect fragrance. Discover the difference. You’ll never go back.

Let me officially introduce you all to Sooty (yes that name is official too).

Right now he is fast asleep and buried into my dressing gown by my side. He has taken a liking to me straight away and he wont leave me alone (not that I’m complaining). My other cats aren’t sure what to make of him yet so there is some hissing and low growling going on (mostly by the kitten) but it’s only been a couple of hours.

We are having a pot of Earl Grey to celebrate :) I really like David’s Teas – Earl Grey (original). So bold and strong, simply delicious!

They’re probably just trying to establish their own spot in the hierarchy. He’s so cute. :)

Awww! My little black kitty is asleep on my arm, making it hard to type, but he’s so cute. :) Congrats!

So cute! I love cats, mine is staring out the window wondering what all the snow is about right now haha :)

Congrats! He’s very cute. We have a foster kitten right now that looks just him. Have fun, kittens are just the best!

OMG he’s cute! I love cats! My cat loves to sneak a few sips of my tea when I’m not looking :p (I’ll admit though that he does have great taste in tea lol :p) I’ve been wanting to try this one for a while…guessing this will be my next tasting note :)

Yay! Congrats on the new addition to the family! He is super adorable. :)

Earl Grey is one of the first teas I was introduced to (in bagged from). So I enjoy occasionally having a cup of it and thinking about how different this blend is from the old bagged stuff. DAVIDsTEA definitely loves bergamot a lot! I remember getting to the bottom of the tea pouch and seeing the yellow residue from all the bergamot oil :O

Good stuff, but I get tired of the strong flavours very quickly. I know it’s common to put in milk and sugar, but I’m just not into that stuff (I’m lactose intolerant anyway). So I drink mine bare, usually served along side either a traditional breakfast or a hearty pasta dish.

I always thought Earl Grey was drunk bare. It’s why I never drank it before because I like putting milk in my tea. That is I used to put milk in my tea so I am looking forward to getting some of this one so that I can try it in a better quality tea than bagged stuff.

That’s funny because I thought Earl Grey with milk was the norm! hehe
If you’re unsure of how much you like bergamot, I’d start with a 25g bag or have them brew it for you.

It was nice to wake up with this today! Taking a kettle to school has made everything taste so much better. You can only do so much with the microwave!

I’ve been keeping the tin of this tea at work, but I had to bring it home over the weekend for it to take its place in the Battle of the Earl Greys. Our next couple bouts should happen Saturday and Sunday, and my goal is to begin the second round!

When given the chance to sample a company’s Earl, I’ll always take it, so I grabbed a sample pouch of this tea as well when I was at the store. This one tends to have low ratings on Steepster because it is supposed to be super bergamotty… well we’ll see about that! I like a bergamotty tea as long as it’s deployed well. Sometimes excessive bergamot can mean astringent, bitter, pithy taste, but sometimes it’s just tasty.

I would say this one falls on the pretty tasty side of things. The bergamot is pretty strong, but it’s only a hint bitter (which comes out more as it cools) and it seems to play well with the base. As the cup is cooling down it’s really obvious that the bitter hint really is that bitterness that bergamot can impart sometimes because really, bergamot is a bitter citrus. Other than that, though, I think it’s a nice Earl for those who aren’t afraid of bergamot. I still think that Todd & Holland’s Double Bergamot is my favorite mega-bergamotty Earl, but I would drink this one again.

Tonight I’m having my standard cup of English Breakfast (I should really try something new but I finished my exams today and I’m in full relaxation mode, and relaxation mode means “don’t fix what ain’t broke”). However I did discover a recipe for Earl Grey Tea cookies!

I just took one batch out of the oven and they’re tasty. And the best part is they go perfectly with tea! The Davids Earl Grey adds some seriously delicious flavour.

If anyone wants to try out the recipe it’s here: http://www.shutterbean.com/2009/earl-grey-tea-cookies/

I’m newly obsessed with anything Earl Grey, so those cookies sound delicious!

Mmm. So I was a loose leaf Earl Grey virgin. Any bagged versions I’d had were bland and tasteless so I couldn’t compare this tea to anything when I had a sip. And then I tried it and wow, this is what I expected from La La Lemon. From the reviews I gather than the bergamot isn’t usually this strong in an Earl, but I’m loving it here. The tea is just strong enough to add a nice contrast to the bergamot as well, making it a rare black tea I can drink black.

Decent earl grey, for sure. Not as good as Harney’s, but still easy to drink a pot full, and I always like some blue cornflower with my bergamot.

I’m at work on Monday and getting over a cold and my bosses are gone and all I want to think about is new episodes of Teen Wolf and True Detective. How much work am I gonna get done today? Let’s see…

I know, Earl Grey is a love it or hate it tea and everyone has a different Earl Grey that they like. I’m no different and, honestly, my favorite EG to date is Twinings Lady Gray. Hardly posh! And I do like the vanilla/creme and garden Earl Greys that have been popping up recently. That said, I could barely sip this Earl Grey-it was like drinking shampoo. It’s SO fragrant and overwhelming and the perfume just overtakes the tea flavor. This is one of the very few teas I have not been able to drink-I tried diluting it, I tried milk… I think I’m going to stick it in a dish and pretend it’s potpourri. A rare miss for me from Davids.

One of my favourite Earl Greys is Twinings Earl Grey :)

I think they do a great job with the tea to bergamot oil ratio! It might be like ‘comfort food’ but it’s always consistent and dependable when you’re craving an EG!

I usually stay away from Earl Greys. I think it’s the bergamot. I am drinking this just because I am trying to drink all the teas before Dec 31st. I thought it was terrible, but no, this tea is actually not that bad to other earl greys that I have tried. I thought that this was more toned down on bergamot, which made it easier for me to drink. I was surprised that I was ok with it, normally I would have a bit of trouble drinking it!

Compared to the Cream of Earl Grey (my number 1 tea of all time!), this is just… lacking. Eh.