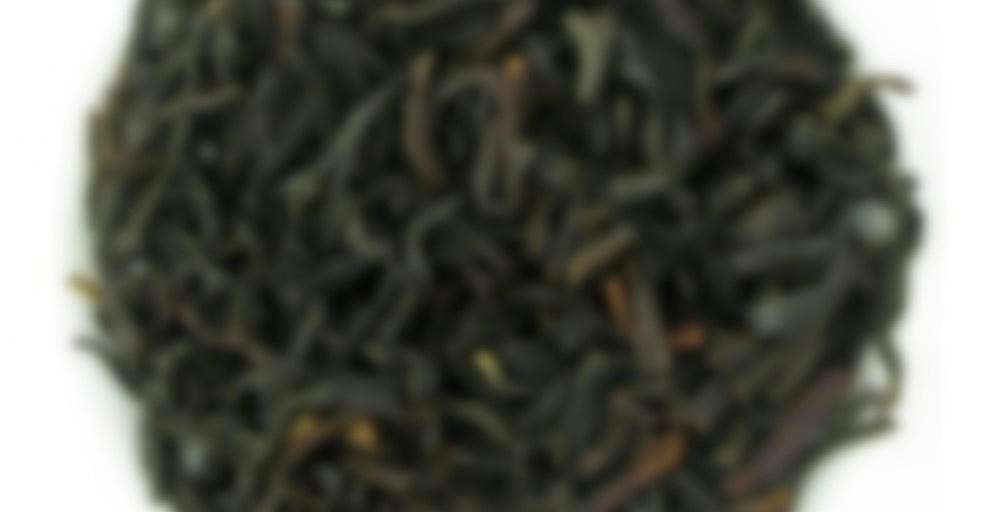 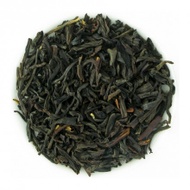 Black tea from China flavored with natural essences of violet.

Thank you for some of this tea, Ellyn! I love love love it.

Violet is probably my favorite floral flavor. This was actually not as strongly flavored as I thought it was going to be. It’s sweet and smooth, and I would not mind having a full tin of this, I have to say. Definitely tastes like violet, but not like jamming a dozen flowers in your face at once.

Cute cup, and the price is amazing!

backlog..enjoyed a giant pot of this yesterday.See my previous reviews. Am nudging the rating higher again. It is a really good flavored black tea. Just the right amount of sweet.

Updated: this is tealog note 100!! I am glad to be back to steepster and that 100 was with one of my favorites!

If this tastes anything like those violet candies, I have to try it.

Nik – it is really good. I’d love to send you some in a trade. A sample size say 3-4 cups worth. Do you have anything you’d like to send? If so, direct msg me!

Thanks, Ellyn! I’m not set up for swaps right now, but I’ll check with you to see if you’ve still got the tea when I’m ready. =)

nice as a quick stop over cup of tea, but i wouldn’t buy. i suppose it seems a rather half hearted effort to my palate? still, thanks loads to the ever-brilliant ifjuly for the try of it. i guess i need more of commitment is all, lol!

Hmm, maybe yours is a little stale? I thought this one was pretty potent in the floral department.

not to me, not compared to dammann freres’s violette IMO.

i was bummed with this one too, have yet to find a kusmi i really really like.

i think the closest has been roi des mages… but i forgot it on the counter for 10 minutes, lol. i was given a set of 5 as a gift and i’ve been handing them off to poor students (like me only more so, lol). although kusmi is my least favourite of the european teas, it still trumps anything local, LOL! ie: they get snatched pretty quickly once i put them out in the starving students cupboard. each person can grab 2 items ONLY IF THEY NEED IT… so if they get tea, that means they’re opting out of one food item =0)

I guess I need to try more violet teas, then! I liked this one, but this gives me hope for finding something better.

i don’t mind sending you a sample dammann freres if you like. let me know. =0)

This is the first violet tea I’ve had. I don’t ordinarily think of violet as something edible, and I don’t think I’ve tasted it before though I’ve seen those violet candies in the little tin. I like the fragrance of violet in soap, but I tend to associate it with bath products rather than food. I haven’t tasted the violet candies precisely because I expect them to taste soapy, and that’s my primary concern going in to tasting this tea.

I also have to confess that I get confused between violet and lavender because they’re both purple and both flowers. I know this doesn’t make much more sense than getting confused between a peach and a plum, but there you have it. The way I get confused is that when I sit and try to conjure the smell of lavender, I’m pretty sure I can do it, but I conjure the same thing for violet. But of course, when I actually smell something scented violet, it clearly is different from lavender.

In the tin, the primary scent is floral. I don’t smell tea, I smell violet. Fortunately, it’s not soapy in the least. It’s like a little bouquet.

The tea’s aroma is violet around the edges, also not soapy, with a warm, slightly sweet tea in the middle.

The flavor is much more floral all around than the aroma. It’s like biting the heads off the flowers that made up the little bouquet. ;-) But it’s surprisingly nice. It’s a little frou frou but, I think, less than rose can be. Violets in general are less intense smelling than roses to me, and this is less intense as well without any of the oily quality that rose flavors can have sometimes. As it cools, the floral aspect becomes deeper and richer, and though I don’t think it crosses the line, I could see it becoming soapy if it were allowed to become room temperature. I’d advise drinking before allowing it to cool too much.

I’m torn on this one. I like it, but I have lavender teas and rose teas and jasmine teas and osmanthus teas and lychee teas and I wonder whether I really need another floral tea. But since when has reason prevailed in the decision to acquire tea?

Ooo – I want to try this one! I love violets!

I love the imagery of biting the heads of a bouquet or violets :P

This is a Must Try tea for me!

Two firsts in one go! My first tea by Kusmi, which I’ve been meaning to get into for years, and my first violet tea. Now, where I live, we have wild Viola sororia which has no scent. They look nice, but because of them, I had no idea what to expect. I just knew that I wanted it.

I bought a box of the sachets because I wasn’t sure if I would like it, and the sachets were the smallest amount I could get. I’m pretty impressed by them, though! They aren’t dusty little paper things. They’re soft, white cotton mesh with whole leaf tea inside.

The scent and flavor, as I expected, are very floral. It reminds me of rose tea somewhat, but without the peppery finish. It also tastes… “purple”. Not quite like grape flavoring, but “purple” comes to mind. Sort of like candy. Or the way kudzu flowers smell. The black tea aspect adds a little astringency and strength to the flowers, but doesn’t overwhelm them. The violet is definitely in the forefront.

Anyway, this is really interesting. Not something I’d want to drink every day, but it will get finished for sure. I look forward to exploring more Kusmi teas!

Violet is a wonderful thing.

This is another sample that I’ve negelcted for far too long. I’ve liked the other Kusmi teas that I’ve tried. I also really like the flavor of violet, like those little violet flavored chalky candies. Those are my favorite!

The dry leaves smell lightly sweet and floral. As soon as I poured the water over the tea leaves I could smell a wonderful violet perfume aroma wafting up from the teapot. This tea has a nice malty flavor and finish. I’m so happy, because the aftertaste is just like the little violet mint candies that I love oh so much! I like that it has the maltiness and that you can still taste the sweetness of the violet also. I wish the violet was just a little stronger, but that may be because this sample has been sitting in my tea drawer for at least a few months. I added sweetener and it enhanced the violet flavor. I added milk, and while it was nice, it didn’t really do anything for the flavor. Thank you for the sample, whatshesaid! This one is definitely going on the list to order!

This is a sipdown. I’m liking this one much more than I did when I first had it, maybe because I am enjoying flavored teas more in general. I love the flavor of violets, but the flavoring is well balanced with the black tea. I think I may restock this!

Thank you for this generous sample CharlotteZero!

This is a lovely blend. The violet is not overwhelming. For the two Kusmi teas I’ve tried I’m off to a great start. I may end up placing an order.

Light floral taste balanced with black tea in background. Very smooth tasting. Sweetness especially near the end of the sip leading into the aftertaste. Pleasant astringency present on swallow and in aftertaste.
The flavour came through more as the tea cooled.

Mild-tasting, this tea may benefit from the addition of more dry leaf.

Thank to to Ellyn for sharing this with me!

Had this last night on my mad tear to finish BB in time for the finale this Sunday. It’s much like the other Kusmis I’ve had in that the aroma and flavor is there, but it’s much subtler than you might expect from other companies’ flavors. This can be a positive or a negative depending. In this case, with a floral, I like it; I wouldn’t want to be hit over the head with flowers or feel like I’m smelling perfume, and I don’t. It’s a more delicate and fresh violet than that. Still not sure I’m sold on the black tea bases Kusmi uses, but they’re not awful either.

not crazy about them myself..they’re not bad, but they’re nothing i need to go out of my way for…

Do you still have any of this? I adore violet…and am curious…. PM me if you like…